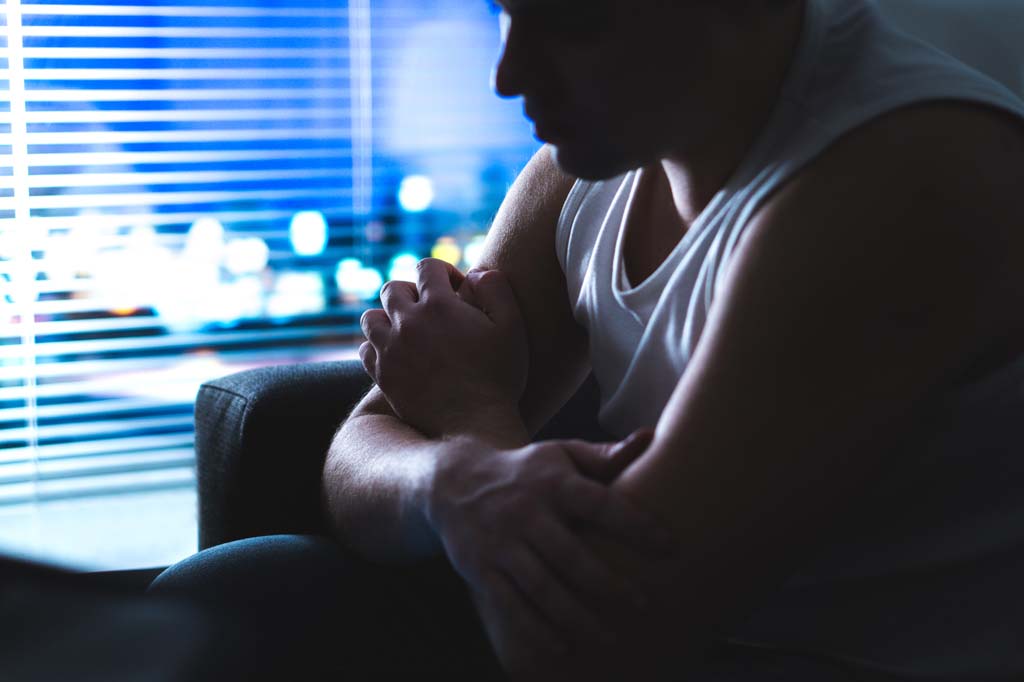 About a year ago I was introduced to an approach to working in psychotherapy with survivors of complex trauma (CRM- Comprehensive Resource Model; Schwarz et al, 2017).  In the CRM book the authors mentioned “terror”, which got me thinking about the relationship between shame and terror, and how it may manifest in a “not me shame-driven enactment.  Briefly, “not me shame enactment” arises when a patient and his therapist, each struggling with their own traumatic shaming experiences, disown aspects of their vulnerabilities and competencies and shame the other and/or themselves, in-session.  (See the clinical vignette, below, that was also discussed in Benau, 2017).  Here is how I came to understand the relationship between traumatic shame states and terror, while reflecting again upon my work with a former patient of mine, “Harold”:

Shame both solves the problem of life terror, neurophysiologically, and gives terror its meaning.  That is, shame quiets terror neurophysiologically by moving the person from terror’s hyper-arousal to shame’s hypo-arousal, resulting in depression, numbing, and often low-freeze state immobilization and dissociation.  Additionally, shame gives life terror meaning, in that it provides one “explanation” as to why a person’s psycho-social existence is being threatened:  The shamed person is not worthy of being.  Not merely not worthy of being loved, nor understood, nor treated with kindness and respect.  Rather, not worthy of life, at least psychologically-speaking, and likewise being in the company of others.

“Being in the company of others” means, here, both physically in others’ company, and being “accompanied”, particularly when experiencing emotional and relational distress.  (It is interesting, in this regard, to consider the word origin of the word “companion”, which comes from the Late Latin companionem… literally “bread fellow, messmate”, from the Latin com, meaning with or together.  Thus, to accompany someone is to break bread with them, to be at peace with them and to nourish and be nourished by them.  (See https://www.etymonline.com/word/companion, accessed February 18, 2019).

Traumatic shame states, then, are typically born in relationships where the child experienced being hated and/or neglected by the child’s most important attachment figure(s).  The child in time responds, implicitly, “Yes, I agree.  I am “not me shame” (an important aspect of myself, denied) and/or “no me shame (my existence or being, denied).  (See Benau, 2017 for more about “not me shame” and “no me shame”, both traumatic shame states that reflect a dissociated relationship to shame as an emotion).  Thus, in ways we might not expect, shame attempts to solve the problem of life terror, neurophysiologically, and to give relational terror, meaning.

“Harold experienced terror in anticipation of becoming too close and dependent upon me, given his history of some emotional abuse (by a beloved older relative) but much more significantly because of the emotional absence or neglect by both of his anxious/insecurely attached parents.  (Harold was never hated by either parent, but he often felt emotionally misunderstood and not held by them).  In session, Harold’s terror quickly activated his downregulating shame (neurophysiology), leaving him feeling, at those moments, a worthless, weak, needy little boy.  (Harold was, in fact, a very bright, articulate, and successful young man in his late 20s with many interests, skills and friendships.)  Harold’s shame state would then quickly “flip”, resulting in his sounding quite grandiose and full of hubris.  For a two-month period when Harold and I were in the grips of our interpersonal enactment, he would say things such as the following to me: “I do better therapy with myself than you, and yet I have to pay you!  I also help my friends in need more than you do, me.”  In effect, Harold was saying, at those moments he was triggered, “I don’t need you… and I don’t need to depend upon others, either.  Instead, you and others need me.”  (Interestingly, I believe this matched Harold’s experience as a young boy, in that his parents intermittently needed Harold to reassure them emotionally when, of course, he very much needed that from his parents).

To the extent that I emotionally froze in the face of Harold’s recurrent shaming attacks, and I did for a month or more, Harold repeatedly experienced me as failing and abandoning him, not unlike his parents had done.  My emotional absence heightened Harold feeling needy and alone, that in turn intensified his terror, shame, and further angry, blaming and shaming attacks of me.

The only way out of my and Harold’s recurrent enactment was for me to become sufficiently resourced both intra-relationally, by imagining my much younger, shamed self was well-cared for and not required to do therapy(!), and inter-relationally, with the help of several trusted others– i.e. colleagues, consultants, and my therapist.  As a result of all that internal and external affirmation as well as clinical understanding, I didn’t need Harold to validate my worth as a therapist nor person.  This, in turn, freed me up and “unfroze me” in-session, and further enabled me to help Harold see– in a non-blaming and non-shaming way– how he ended up doing to me (i.e. shaming and blaming) the very things he feared being done to him.  By my respectfully handing back Harold’s projected shaming and blaming with firm boundaries and empathy, i.e. without counter-attacking, Harold was able to re-own his anger toward his parents, and re-claim me as his trusted, attachment figure and therapist.  Once we accomplished that, I then could literally sit alongside Harold as he– using Gestalt, empty-chair work– expressed intense anger toward his formerly abandoning mother and father.

I would love to hear if what I wrote either resonates with your experience with select complex, relational trauma survivors, or helps you understand some of how traumatic shame states operate in relation to terror.