Nutrition Above the Neck: Why is This Topic Met With Hostility?

Jerome Groopman is a physician and Professor of Medicine at Harvard Medical School. He is also a very good writer, and his occasional essays in The New Yorker are well worth reading. A few years ago he wrote about a new approach to the treatment of cancer that looks very promising (‘The Transformation’).

Cancer treatment falls outside our expertise, but bear with us as we explain why we mention it. The basics of the new cancer treatment are these. Many types of cancers involve immature cells that fail to develop into mature cells, but instead multiply rapidly and swamp our normal cells. Whereas chemotherapy works by poisoning and destroying the cancer cells, the new approach coaxes those immature cells to develop into normal, mature cells. Interestingly (but not the point of this blog), the first ‘drug’ developed to do this is a derivative of vitamin A (ATRA: all-trans-retinoic acid). And of course, unlike chemotherapeutic agents, ATRA has few side effects.

We are not describing Groopman’s article just because some of the drugs being tested are nutrient-derived. We are mentioning it because it presents such a contrast to research on nutrition and mental health in terms of receptivity by scientists, clinicians and the public. When the first case series of patients with leukemia was presented at a scientific meeting in April 2014, showing that 5 of 10 treated patients had gone into complete remission, the audience was interested. Two months later at another scientific meeting, another research team reported 9 remissions (and 5 others showing benefit) out of 35 patients. Now everyone is interested, The New Yorker thinks the topic is worthy of a major article, and research and development are proceeding.

Now let’s look at receptivity of scientists and clinicians to the early data showing remission of psychiatric symptoms with multinutrient formulas. Bonnie’s presentation of 10 adults with bipolar disorder was first presented in December 2000 at a national conference; it resulted in a reporter covering the findings in national Canadian news.  What happened next is amazing, and painful to summarize: Media coverage ridiculed the results. Most psychiatrists told their patients not to take multinutrient formulas. In spite of publishing a case series of adults in the Journal of Clinical Psychiatry in 2001 and 2003, and case studies and case series in children in Journal of Child and Adolescent Psychopharmacology in 2002 and 2004, there was a wave of hostility that lasted several years.

The constant media coverage dismissing all the early publications meant that when an RCT finally began in 2004, not a single psychiatrist in her city of one million would refer a patient to the study, and the primary bipolar clinic in the city’s largest teaching hospital told patients to stay away from the study. 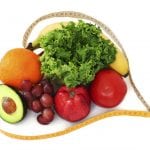 Julia began publishing treatment effects of multinutrient formulas in 2009, and experienced some of the same attacks and hostility — interestingly emanating from North America, not her country of New Zealand. But some of the reactions that the two of us have continued to receive for > 15 years when trying to present, publish, and fund research that shows remission of symptoms of mental problems with multinutrient treatment have continued along these same lines: ridicule, ad hominem attacks, accusations that we are poisoning people, etc.

And we are sorry to say that even as we blog about this topic, some of the anger (and misinformation) of some of the people writing comments on our posts has startled us.

Because we don’t want to dwell on the attacks and the hostility, for the rest of this post we want to analyze WHY so many of us readily accept the data showing that nutrients and changes in other lifestyle factors like exercise and quitting smoking are good for our hearts, and for prevention and (now perhaps) treatment of cancer . . . but we find it so hard to accept the use of nutrients to make us feel better mentally.

Here are a couple of reasons why we need to take nutrition seriously:

As we have described in previous posts, the brain is the MOST metabolically active organ in our bodies. Therefore it needs more nutrients than any other organ.

There is >50 years of animal research on all the vitamins and minerals, showing their functions in the brain.  Zinc is essential for at least 100 enzyme systems; omega-3s are required for every mitochondrion and every cell wall in every cell in our bodies; various B vitamins are required for synthesis of key neurotransmitters; and so on.

Here are some of the dynamics that we think influence people who find it challenging to accept the role of nutrition in optimizing brain function:

People who have suffered much and lost much during their periods of poor mental health feel angry and ‘cheated’ when they learn that all of it might have been prevented by the nutrients that are now making them symptom-free. Why? What we both often hear is that people cannot believe that “JUST” nutrition could have solved their problem. This attitude that nutrition is ‘JUST’ a trivial thing is the result of the post-WWII dogma that all we need to do is eat a balanced diet and we will be fine, that we should avoid supplements because we don’t need them and that supplements are potentially dangerous. This advice is wrong, outdated, and harmful. Nutrients are fundamental for optimal brain function, and some of us need more than others.

Psychiatrists in this century are primarily psychopharmacologists, trained in drug treatment from their medical schools and later by the pharmaceutical companies that make the medications. Other mental health professionals also get minimal training in nutrition. We all tend to rely on the knowledge that we receive in our education. And nutrition is not traditionally taught in medical schools, outside of 1-2 hours on metabolism relevant to physical disorders that are inherited. We all tend to rely on things we know. We can also testify that we struggled with the concept initially but once we engaged with the science and the research, the potential of the approach became evident.

We will continue to write about this resistance, and we will continue to read the comments in response to our posts, even if they are hostile. But isn’t it time for all of us to be open to the possibility that lifestyle factors, just as they are so relevant to physical health, are also relevant to mental health? As the head of NIMH Thomas Insel discussed in his TEDx talk, whereas globally there has been a reduction in mortality from stroke, heart disease and AIDS, we have had no impact on the rates of suicide. And it wasn’t new drugs that had the huge effect on reducing rates of some of these physical illnesses, it has been the focus on lifestyle factors, especially reduction of smoking.

We appreciate that there is much work to do to assess the impact of micronutrients as a viable way forward to improve mental function. And we also appreciate the complexities associated with the development of mental health problems and that it isn’t just about eating well or receiving more nutrients — there are many other factors at play that we don’t want to minimize, like poverty and trauma. And we also wonder whether, even though the nutrients won’t erase our past, they might provide us with the fuel to cope better with the challenges life throws at us.

Julia demonstrated this additional resilience offered by nutrients in the aftermath of the Christchurch earthquakes. But the good news is that it would not take a lot of money to discover the magnitude of potential benefit from micronutrient treatment. People do not drop out of our studies very often, because nutrients do not cause adverse events. The lack of turnover means that micronutrient formulas can be studied fairly quickly and efficiently.

Every one of us wants to solve the terrible problem of the epidemic of mental problems. With no new psychiatric drugs on the horizon, and growing concerns about the value of currently-available medications, the time is ripe to invest in assessing the extent to which micronutrient treatment may improve mental health in our society. And that’s all we are trying to do.

Journal of Child and Adolescent Psychopharmacology

Kaplan et al.: Improved mood and behavior during treatment with a mineral-vitamin supplement: an open-label case series of children (2004,14(1), 115-122.)

“People who have suffered much and lost much during their periods of poor mental health feel angry and ‘cheated’ when they learn that all of it might have been prevented by the nutrients that are now making them symptom-free.”

I’m one of those. I’ve commented on this sort of thing before, but I think it bears repeating. As you say, this has been going on for some time. In 1973 this was relegated to the ‘alternative’ fringe because of some very bad science, and Dr Abram Hoffer said that he didn’t take it personally but millions had been condemned to needless suffering.

There was a time not so long ago, soon after my own seemingly miraculous remission of symptoms from this sort of treatment, when I did take it personally. It is out of concern for those still suffering that I am intending to get involved in whatever way I can, with the newfound zest for life which was my blessing to receive when I tried this initially with great skepticism out of sheer desperation, and my natural talents which were denied in the many years before this.

I hope it’s not untoward to share my own research in this matter, namely the American Psychiatric Association’s 1973 Task Force on Megavitamin Therapy. It is found on the first page of the non-profit amateur website I set up for this, linked to by my name. I find careful study of Dr Hoffer’s reply to it will outline just what makes it bad science, and how a great scientist and physician was vilified and ridiculed in the process. I think you might see some parallels with your own experience.

I am so thankful that this old approach is finally coming to the light of day once more, through diligent research from those such as yourselves who are using your independence, credentials, and fresh approach to not only help validate the previous premises but forge ahead with new understanding. It seems the time has finally come, and not too soon.

What a wonderful and inspiring article!
The message of natural healing is being broadcast by a number of people in the health industry (http://www.encognitive.com/node/900) however I wonder at times, is it that we lose focus of the client and get lost in politics? And politics always divide and weaken rather than strengthen and heal?
In my clinic I see what hospital psychiatrists call “miraculous” recoveries, except the Orthomolecular industry is still not taken seriously by the mainstream medicine, alas it is even under threat at time (http://orthomolecular.org/resources/omns/v08n04.shtml).

It makes no sense to me that, when we’ve learned what nutrients can do in our bodies, even in combating disease, we would separate out our brains somehow and conclude that this wouldn’t also apply to our brain health. Wouldn’t that be a “no-brainer”?!?!