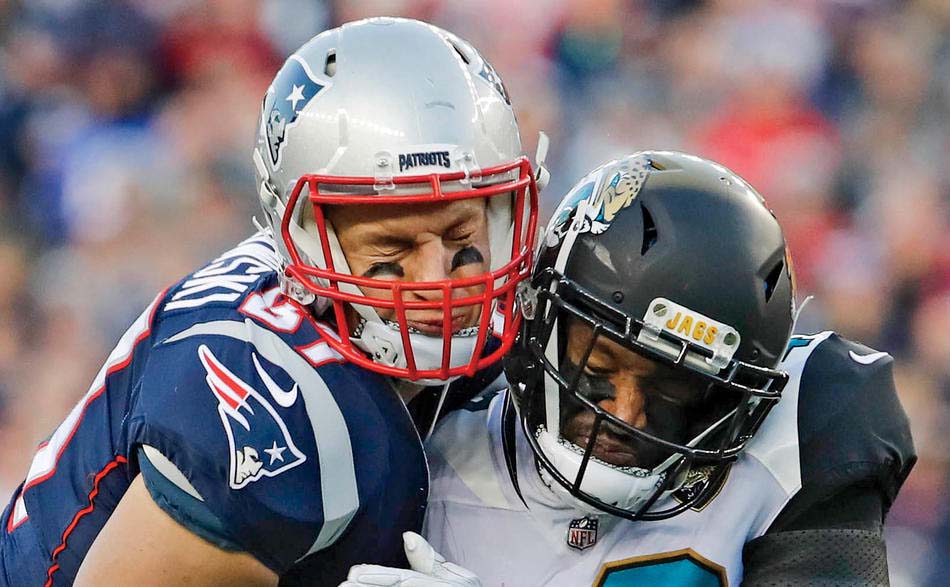 This fall, tens of thousands of American football players, from grade-schoolers on up to the pros, will be treated for concussions. -AMAZONPOLLY-ONLYWORDS-END-Experts suspect that for every player who is pulled from a game and diagnosed, another will have his or her injury go unnoticed, since only those who report feeling ill or display the most conspicuous signs of traumatic brain injury — such as losing consciousness or acting disoriented — are likely to be examined by a neurologist.

In order to detect concussions as they occur, and to help coaches determine quickly and conclusively when players should be taken off the field, a team of Columbia researchers is developing what would be the first wearable diagnostic device for traumatic brain injury. Called the NoMo, the device incorporates electroencephalography (EEG) sensors of the type commonly used in hospitals to measure a patient’s brain activity. The sensors, which would ordinarily be taped to the scalp, are instead tucked in between the pads of a football helmet. Upon detecting the distinct electromagnetic wave patterns of a traumatic brain injury, they will send an alert to a computer on the sidelines. 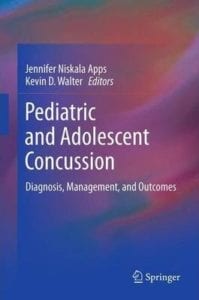 “Within seconds of a player being hit, everyone will know whether or not he’s suffered a concussion,” says James Noble ’08PH, a Columbia neurologist who designed the technology with Columbia biomedical engineer Barclay Morrison. “This will eliminate a lot of the problems you have now with coaches, athletic trainers, and team physicians having to make fairly subjective judgments about who should be removed from a game to receive a full neurological evaluation.”

The idea for the NoMo was inspired by Noble’s experiences serving as a neurological consultant to collegiate and professional football teams. In that role, he helps the teams’ doctors determine if and when players who have been benched for concussions are fully recovered and battle-ready again. This is a critical decision, since a player who returns to the field and takes additional hits too soon after suffering a concussion is more likely to incur long-term neurological damage.

“Everybody involved in football wants a more reliable way of identifying when these injuries happen,” Noble says. “The culture of the game, at any level, is such that the players are often reluctant to volunteer that they’re hurt. Plus, the symptoms of a concussion can be subtle and hard to spot.”

Over the past decade, several other research teams have attempted to create wearable devices to detect concussions. Some have developed accelerometers that, when implanted in football helmets, measure the physical intensity of hits that players endure. The jostling of a player’s helmet has proved to be an imperfect proxy for concussions, though, and the NFL, after initially planning to use such devices in the 2016 season, ultimately shelved the idea.

“One problem with accelerometers is that a concussion may result from an accumulation of hits rather than from one big one,” says Noble. “Our device is more reliable because it monitors the brain’s actual physiological activity in response to these hits. It will provide a real medical diagnosis.”

Noble and Morrison conducted a preliminary test of the NoMo at a Columbia football practice last year. They found that it successfully recorded the players’ brain waves, but that it must be made smaller to fit comfortably into a helmet. They are currently working on a new version of the device.

Eventually, they say, the NoMo could be adapted for use in a number of contact sports, including hockey, wrestling, lacrosse, and, if the sensors can be made small enough to slip into a headband, soccer and basketball. Furthermore, they say, the device could be inserted into military helmets to detect when soldiers suffer concussions, either from being knocked off their feet or from enduring the shock waves caused by explosions.

“The beauty of our design is that it doesn’t matter what causes the concussion,” says Morrison. “If you experience a traumatic brain injury, a red light will go off on a computer and tell someone you need help.”