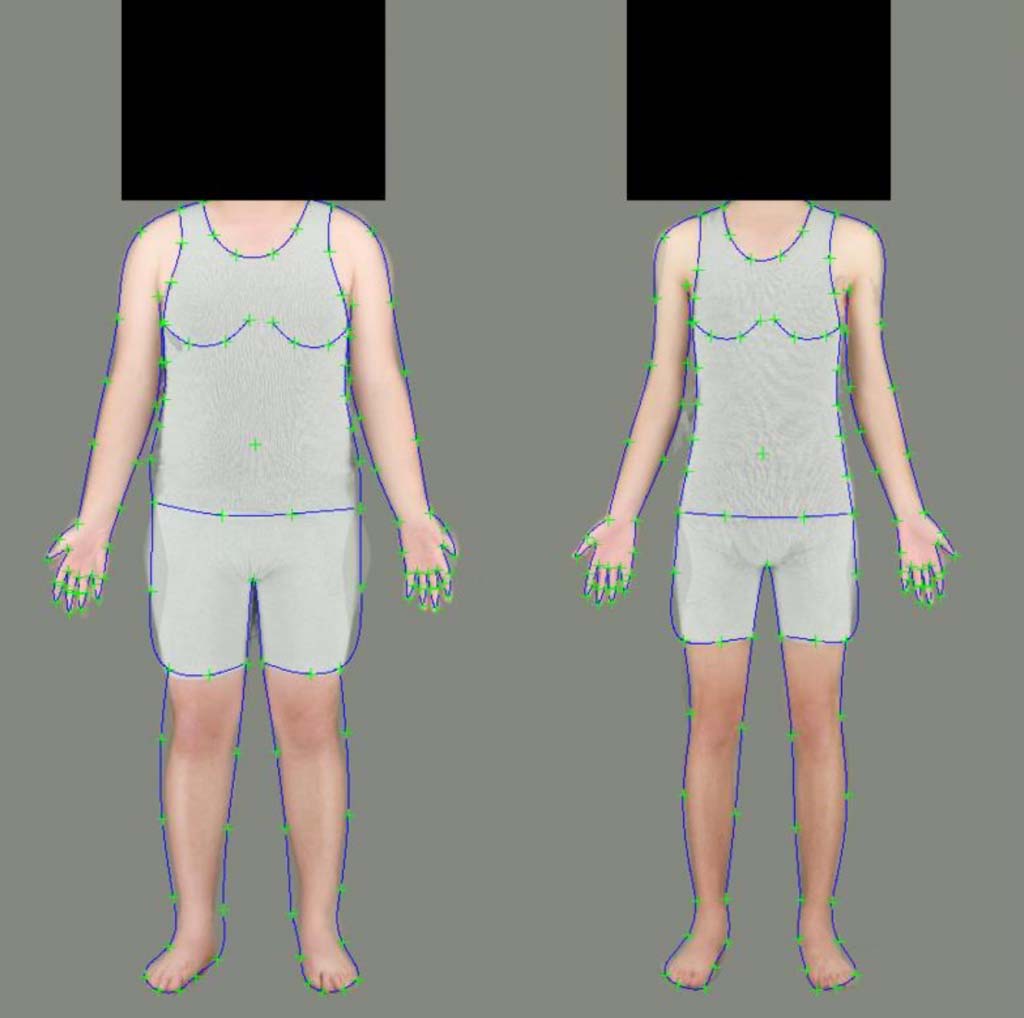 A new study led by researchers at Macquarie University has identified a psychological pathway that can lead to body size and shape misperception in individuals, putting them at greater risk of developing conditions such as anorexia nervosa, bulimia nervosa and muscle dysmorphia. The researchers report that the extent to which a person is dissatisfied with their own body impacts how much time they spend looking at thinner body types. This, in turn, causes adaptation of their brains’ visual perception mechanisms, such that thinner bodies are perceived as ‘normal’. This can lead to an overestimation of their own body size.

“When presented with images of thin and fat bodies at the same time, our study found that people who are less satisfied with their bodies tend to look longer and more often at thin compared to fat bodies,” said Dr Ian Stephen from Macquarie University, the lead author on the study.

The issue with this, the researchers say, is the fact that the more time a person spends looking at certain body types, such as very thin models, the more the perceptual mechanisms in their brain adapt towards seeing thin bodies as ‘normal’, in a process called visual adaption.

“We know from previous research that gazing at thin bodies for as little as two minutes causes a recalibration of the mechanisms in our brain that encode body fatness.

“Those with eating disorders already experience significant barriers to seeking help. Understanding how a person’s body misperception developed in the first place can help us to treat the underlying cause of the disorder,”

Then, when we see an average sized body, we perceive it as fat,” explained Associate Professor Kevin Brooks, another of the study’s senior authors. “And that’s what we saw happening here. Our participants were asked to use an app to make a series of test bodies look ‘normal’ before and after exposure to the fat and thin bodies. Those who looked more often and longer at the thin bodies made the test bodies thinner after exposure than they did before, and vice versa”.

Previous studies have also shown that these effects not only transfer to images of other people’s bodies, but also alter our perception of our own bodies.

“By spending more time looking at certain body types, people who are dissatisfied with their own bodies are actually exacerbating their own visual adaption process, causing them to think that the body types they keep gazing at are what should be considered ‘normal’, which in turn increases their risk of overestimating their own body size. This in turn could increase their risk of developing an eating disorder,” explained Dr Stephen.

Body size and shape misperception affects a large and growing segment of the population, and is a risk factor for eating disorders, compulsive exercise behaviour and steroid abuse. The study’s findings, the researchers say, add a new perspective to the existing knowledge of how body misperception disorders develop.

“The findings have implications for the treatment of clinical populations in which high levels of body size and shape misperception are likely to be observed, such as individuals with anorexia nervosa, bulimia nervosa and, perhaps, muscle dysmorphia. While we already know that issues around power and control are central to the development of disorders such as anorexia, we now know more about the perceptual mechanisms that may precipitate these disorders,” said Dr Stephen.

“Those with eating disorders already experience significant barriers to seeking help. Understanding how a person’s body misperception developed in the first place can help us to treat the underlying cause of the disorder,” he concluded.