Advanced neuroimaging techniques provide a new basis for studying circuit-level abnormalities in psychiatric disorders, according to the special perspectives article by Deanna M. Barch, PhD, of Washington University in St. Louis. She writes, “These advances have provided the basis for recent efforts to develop a more complex understanding of the function of brain circuits in health and of their relationship to behavior—providing, in turn, a foundation for our understanding of how disruptions in such circuits contribute to the development of psychiatric disorders.”

Functional Connectivity Data Point to New Understanding of Psychopathology. In recent years, large-scale research projects including the Human Connectome Project (HCP) have focused on defining and mapping the functional connections of the brain. The result is an extensive body of new evidence on functional connectivity and its relationship to human behavior.

In her article, Dr. Barch focuses on a technique called resting-state functional connectivity MRI (rsfcMRI), which measures how spontaneous fluctuations in blood oxygen level-dependent signals are coordinated across the brain. Analysis of rsfcMRI and other data in large numbers of subjects from the HCP will provide new insights into a wide range of psychiatric disorders, such as depression and anxiety, substance use, and cognitive impairment.

Recent studies have found that spontaneous activity from networks of regions across the brain are highly correlated even at rest (that is, when the person is not performing a specifically targeted task). This “resting state” activity may consume around 20 percent of the body’s total energy—even though the brain is only two percent of total body mass, according to Dr. Barch. “Ongoing resting-state activity may provide a critical and rich source of disease-relate variability.” 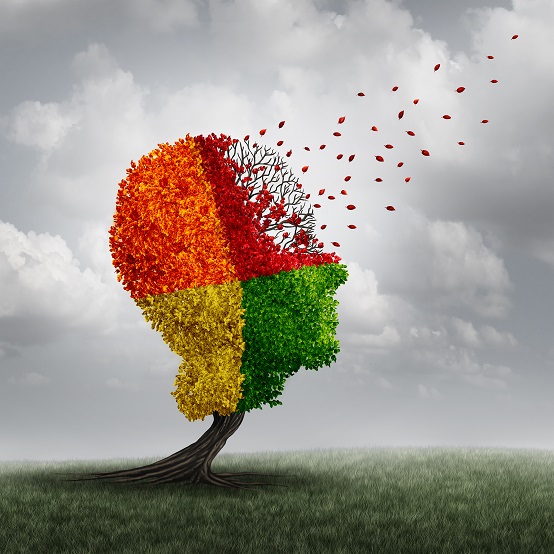 One key question is what constitutes the “regions” that make up the neural circuits of the brain. Recent rsfcMRI mapping studies have identified between 180 and 356 different brain regions, including many common regions that can be mapped across individuals. Future studies will look at whether these regions differ in shape, size, or location in people with psychiatric disorders—and whether these differences contribute to changes in the formation and function of brain circuits.

Some brain networks identified by rsfcMRI may play important roles in the functions and processes commonly impaired in psychiatric disorders. These include networks involved in cognitive (thinking) function, attention to internal emotional states, and the “salience” of events in the environment. Many questions remain as to how these brain networks are related to behavior in general, and to psychiatric disorders in particular.

Some researchers are using HCP data to study behavioral factors relevant to psychiatric issues, including cognitive function, mood, emotions, and substance use/abuse. Other studies are looking for rsfcMRI patterns related to individual differences in depression or anxiety, and their connections to various brain networks.

Dr. Barch’s research focuses on brain networks affecting the relationship between cognitive function and “psychotic-like” experiences. She notes that work on individual differences in functional connectivity in the HCP dataset is just getting started—the full HCP dataset was made publicly available in the spring of 2017.

“The hope is that these analyses will shed new light on how behavior of many different forms is related to functional brain connectivity, ultimately providing a new window for understanding psychopathology,” Dr. Barch writes. Continued studies of the relationships between brain circuitry and behavior might eventually lead to new therapeutic targets and new approaches to treatment monitoring and selection for patients with psychiatric disorders.