Nerve cells in the human brain can “count” 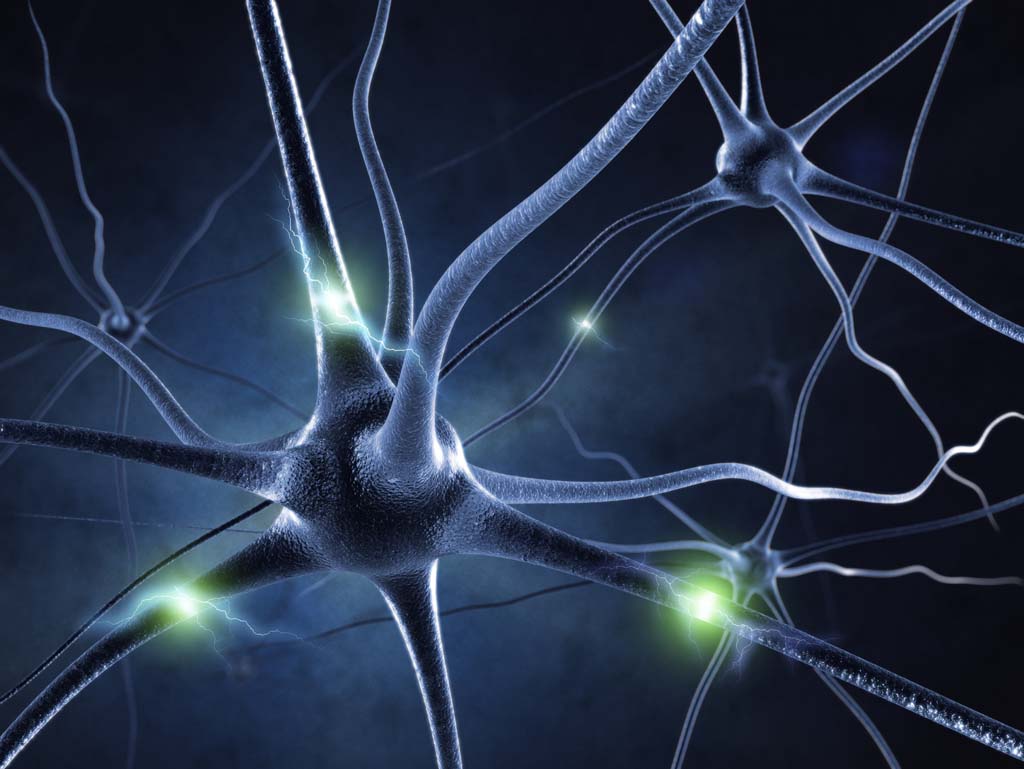 Study by the Universities of Bonn and Tübingen shows how human neurons process quantity information.

-AMAZONPOLLY-ONLYWORDS-END-
How do we know if we’re looking at three apples or four? Researchers at the Universities of Bonn and Tübingen are now one step closer to answering this question. They were able to demonstrate that some brain cells fire mainly for quantities of three, others for quantities of four and others for other quantities. A similar effect can be observed for digits: In humans, the neurons activated in response to a “2” are for instance not the same as the neurons activated for a “5”. The results also demonstrate how we learn to handle number symbols in comparison to quantities. The study is published online in the journal “Neuron”.

Neuroimaging and Neurophysiology in Psychiatry

We are born with the ability to count: Shortly after birth, babies can estimate the number of events and even perform simple calculations. But what exactly happens in the brain? And do we process abstract numbers differently from concrete quantities? Researchers from the Department of Epileptology at the University of Bonn and neurobiologists from the University of Tübingen have investigated these two questions. They benefited from a special feature of Bonn University Hospital: The epileptology clinic located there specializes in brain surgery. With this, doctors try to cure epilepsy patients by means of an operation in which they remove the diseased nerve tissue. In some cases, they first have to insert electrodes into the affected person’s brain in order to ascertain the location of the epileptogenic focus. As a side effect, researchers can use this to watch patients think.

This is also the case in the current study: The nine participants were epilepsy patients who had microelectrodes as fine as a single hair inserted into their temporal lobes. “This enabled us to measure the reaction of individual nerve cells to visual stimuli,” explains Prof. Dr. Dr. Florian Mormann, head of the Cognitive and Clinical Neurophysiology group. The scientists now showed their subjects a different number of points on a computer screen – sometimes only one, sometimes four or even five. “We were able to demonstrate that certain nerve cells fired primarily in response to very specific quantities,” explains Esther Kutter, lead author of the study. “For example, some were activated mainly by three dots, others by one.”

Each quantity therefore creates a specific activity pattern in the human brain. “We have written a classification algorithm that evaluates this pattern,” Mormann explains. “This allowed us to use the arousal state of the nerve cells to read how many points our respective subject could see.”
-AMAZONPOLLY-ONLYWORDS-START- 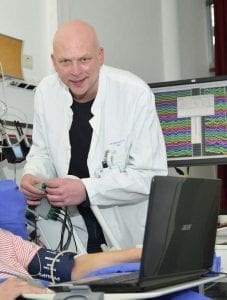 Prof. Florian Mormann
from the Department of Epileptology at the University of Bonn. © Foto: Rolf Müller/UKB-Ukom

The scientists also observed an interesting effect: Although the neurons were “set” to a certain quantity, they also responded to slightly different quantities. A brain cell set to quantities of three also fired in response to two or four points, but then weaker. With one or five points, however, it could hardly be activated. Experts call this the “Numerical Distance Effect”. Prof. Dr. Andreas Nieder from the University of Tübingen, co-supervisor of the study, already demonstrated the same phenomenon in experiments on monkeys. “Numbers are processed in our brains in exactly the same way as in the brains of monkeys,” he emphasizes. “This confirms monkeys as an indispensable model for research into the processing of quantitative information.”

We learn digits differently from characters

How we process digits, i.e. symbols that represent quantities, can hardly be answered with the help of animals. The scientists have now been able to show for the first time that this works in principle in a similar way as with quantities: When we see a certain digit, certain brain cells fire. However, the digit neurons and the quantity neurons are not identical: The digit “3” excites completely different nerve cells than a quantity of three points.

Another observation is even more exciting: “The digit neurons also have a numerical distance effect,” says Mormann. “They are also stimulated not only by the exact digit, but also by its neighbors – but only very weakly.” Nevertheless, this phenomenon shows that we learn digits differently from simple characters: In a sense, the neurons have learned that the value of a 3 is only slightly different from a 2 or a 4, otherwise they would not also respond to these two digits. Digits therefore seem to be firmly interwoven with a certain idea of quantity.