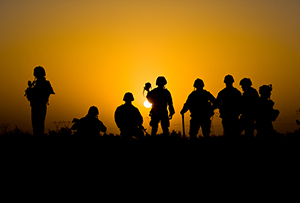 So I’m lying in bed with my girlfriend, we’ve just woken up and we’re staring into each other’s eyes and it’s really great, it’s all new and fresh and wonderful. She looks at me and says “So what did you dream about?” I say “Oh you know, the usual, I was in a fight, struggling for my life, I ended up stabbing the guy. What did you dream about baby?”

She says “Oh you know, the usual, butterflies, unicorns, bunnies.” This goes on for quite a while. I dream about death, war, and disembowelment. She dreams about puppies, chocolate and flowers. After a while she says to me “I’m really worried about you. The stuff you dream about. The way you call out in your sleep. How you jump if I wake you suddenly, the way you grind your teeth in the night. I’m worried that there’s something dark buried inside you.”

I take it on board, it’s not the first time a partner has told me about the things I do in my sleep, but it seemed to be getting worse. I wasn’t sure what I should do, I wasn’t aware of anything that was really wrong with me, especially since I had been sober for quite a few years now. I wasn’t sure what to do.

Then I was listening to the news one day and they were talking about a special government taskforce that had been set up to deal with abuse in the Defence Force. It was like a light went on in my mind – something had happened to me when I was in the Army. It was a long time ago, over 20 years but something had definitely happened. 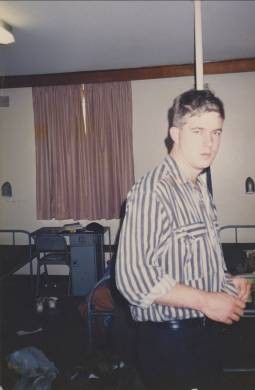 The details gradually started to come back to me. I contacted that Government taskforce and gave some personal details. “What happened to you?” they said. “I was attacked by one of my superior officers.” So I set up an appointment with a shrink, thinking “I’ve got to deal with this.”

So I’m in the Psychologist’s office and she was really nice and gentle and telling me I can talk as much or as little as I like. And she says “So why are you here?” I tell her the whole thing, I woke up one night in my sleeping bag with my boss’ hands around my throat and him screaming at me and I can’t move and I can’t fight back and so I just freeze and agree to whatever he’s screaming about and then it’s over.

Then when we get back from the field to our barracks someone comes up to me and asks me if it’s true what everyone’s saying. That this guy had sorted me out and that I had been shitting myself. I said “How did you know about that?” Well the guy is telling everyone, he’s quite proud of it. I wanted the ground to swallow me up. Not only have I been attacked but know everyone knows and that means the boss’ know and that means that what he did to me has been condoned.

I had to get out of there, but I’ve only just got there and how do I do that. Anyway I manage to get a reposting but in the meantime I break up with my girlfriend and I start to drink, I mean really drink and that gets worse and worse. I start punching people when I drink, I am angry or depressed or both most of the time. I don’t trust anybody anymore, especially bosses, especially male bosses.

The psych stops me. I’m shaking and nearly crying. “How many people have you told this to?” “Well just you”, I say. She is kind and understanding and asks me a bunch of questions about the way I think and feel and whether it’s most of the time, some of the time, occasionally or never. I score a lot in the most of the time category. She asks me if I’ve heard of Post-Traumatic Stress Disorder, she says I think you may have it. We arrange another appointment and she sends me on my way saying I need to be gentle with myself. It might get pretty rough over the coming days.

So I’m driving home thinking “Wow that was pretty heavy, but I’m glad I got it off my chest, now I’m sure to start feeling better right?” Wrong. I start to feel like I’ve just popped the cork on a bottle of darkness that is so big I can’t see the bottom of it. I start to feel short of breath and my heart starts to pound. It feels like the start of what I now know is a panic attack. I’d been having them since I stopped drinking but I didn’t know why, until now.

So my mind starts to race with ideas about how to stop feeling the way I’m feeling. My default setting in this situation is to drink, but I haven’t done that for 12 years but it’s looking like an option again. I ring a friend and she comes over to get me, takes me out to dinner and then to an AA meeting. I’m feeling a bit better. I ring my girlfriend when I get home and try to explain what happened but my words aren’t getting through. She doesn’t seem to get how big it is.

The next week is just shit. I am basically useless. I can’t communicate with anyone. I just want to be alone but when I am I don’t want to feel anything. I sway between depression, anxiety, anger, fear and rage. Homicidal and suicidal thoughts are constantly bouncing around my mind. So much of my behaviour over the last 23 years is starting to make sense. I go and stay at my girlfriend’s house and after a couple of days watching me zoned out she says “You gotta do something, you can’t stay like this.” She was right but I felt like I was stuck in a big tub of quicksand, unable to move. I really wanted to explain what was going on but I just couldn’t seem to find the words or they wouldn’t come out.

I rang someone I knew who was an EFT practitioner. My girlfriend and I had done some training with her a few months before. EFT uses the same meridian end points as Chinese Acupuncture but instead of using needles you apply pressure with your fingers on these points by tapping on them. I had used it to clear some emotional issues before but this seemed too big to tackle on my own. I arranged to do an emergency session over Skype because the lady lived in Melbourne and I was in NSW.

Anyway we meet on Skype and I’m really uptight because I don’t want to have to tell her the whole story again, because I’m afraid I will cry and shake like I did in the Psychologists office. I tell her this and she totally gets it. We start tapping and she gets me to say some words. EFT starts off by identifying an issue and then saying that even though you have that problem “you love and accept yourself anyway.” It feels a bit weird because I don’t know about you, but when I’m feeling bad about something I don’t usually feel very loving towards myself.

So we are tapping away and I don’t want to talk in any detail about what happened to me so we say “even though I’m feeling anxious and uptight and I don’t want to talk about anything right now, I love and accept myself anyway.” After a few minutes of this I am feeling a lot calmer and I’m able to get comfortable with just the “idea” of making what happened to me into the title of a theoretical movie. I don’t want to watch the movie or even say out loud what the title is yet. She asks me if I had to tell her the title of the movie how would I feel.

We go on like this for a while, tapping the whole time we are talking. We eventually get to a point where I can tell her in detail what happened without freaking out, in fact I felt pretty calm about the whole thing. Different details come back to me as we go. The whole process is feeling very cathartic. We progress through the whole scene and do some visualization on a different outcome which was very powerful.

Another memory came up during the session from when I was much younger, still at school. It wasn’t exactly the same but there were enough similarities that made my mind connect the two events. The whole time during the session I was feeling my body getting “lighter”. It’s like so much tension and anger that I had been holding on to was being processed and released.

I walked out of that session, which was less than an hour long, a changed man. I wasn’t done with the whole thing, but enough had been dealt with that I knew everything was going to be ok. Violent nightmares stopped almost immediately, angry outbursts are now very rare, hypervigilance in crowds not gone but very manageable with a few conscious breaths and the understanding of where the anxiety originates from.

I have since had more EFT sessions on other traumatic events in my life, like a bad motorbike accident and nearly dying of pneumonia. I had equally good results on those events. The end result is a man that doesn’t live in a constant state of fight or flight, can look people in the eye and accept them at face value. This is a far cry from the shy, introverted person who was constantly suspicious and always on guard.

You can view the initial EFT session below 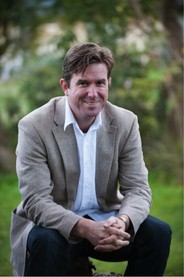 Derek Sheppard is a former soldier who served 10 years in Australian Regular Army in Rasigs. He can be contacted at derek@ozfreedomtechniques.com

The American Addiction Centers also have a resource page for veterans struggling with addiction http://americanaddictioncenters.org/rehab-guide/veterans-resources/

Wow! That’s quite a dramatic testimonial for EFT! Thanks for sharing this.

Well done Derek and thanks for letting me work with you and film it to help others with PTSD.