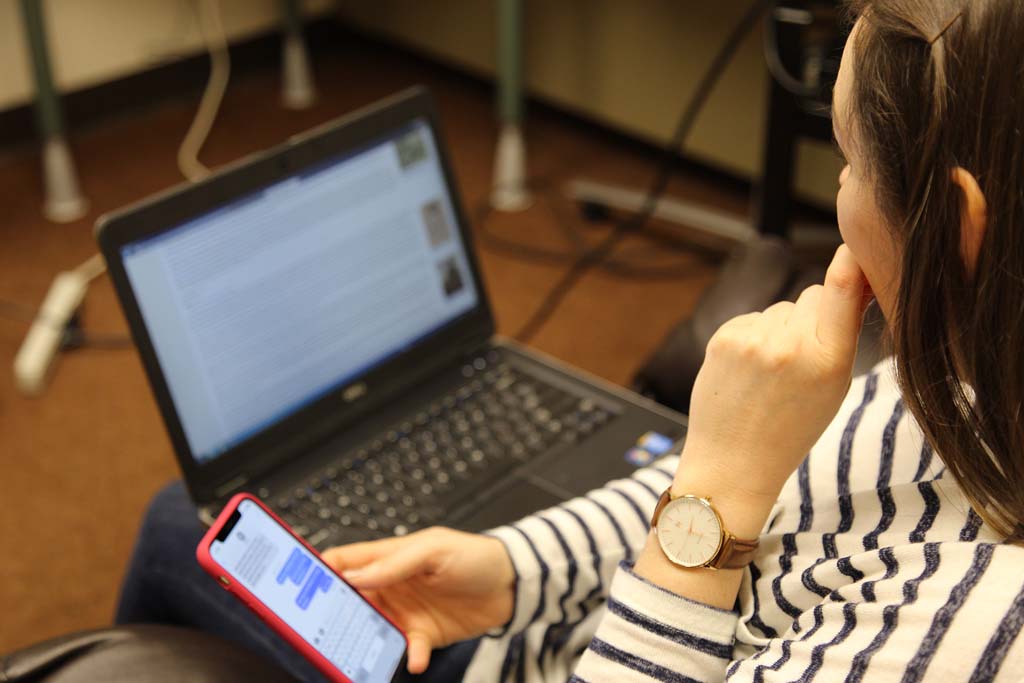 Specifically, when people engage in media multitasking that makes them feel good, they’re more prone to eat healthy, said Anastasia Kononova, assistant professor in the Department of Advertising and Public Relations, who led the study.

One such example: shopping online while watching television and texting.

“The findings of this study could be useful for parents, educators and other caregivers who might want to discourage media multitasking among young people in their care.”

For the study, now published in Computers in Human Behavior, 140 participants watched an episode of “Two and a Half Men,” without any scenes that included food and eating, so that eating behaviors weren’t influenced. Commercials were also carefully selected to avoid those advertising food or drinks.

The third scenario, involving an online article and quiz, was rated the most difficult and the least enjoyable combination. Participants in this group ate 32 percent more unhealthy snacks than healthy snacks. In general, most people in this group picked only one healthy snack and two junk food snacks.

However, the group that watched TV, texted and shopped online consumed, on average, 26 percent more healthy snacks than unhealthy.

And those who only watched TV ate the most of both types of snacks. 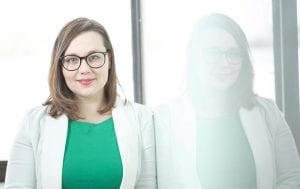 Anastasia Kononova, assistant professor in the Department of Advertising and Public Relations. Photo by Kurt Stepnitz

“Media multitasking can affect rationalization process,” Kononova said. “Our main finding was that people like some media multitasking situations and hate others. And, when using multiple screens makes people feel stressed or overwhelmed, they eat worse.”

It could be that unpleasant media multitasking increases cognitive load, so it’s harder for people to have control over snack selection and rationalize with themselves about healthy eating, Kononova said. It could also be “stress eating,” during which people experience unpleasant feelings and turn to more pleasant foods.

“The findings of this study could be useful for parents, educators and other caregivers who might want to discourage media multitasking among young people in their care,” she said. “At the same time, not every form of multitasking seems to be harmful for one’s diet. If you enjoy using multiple screens together, it might actually help your food choices.”

The study is especially relevant since most young people use multiple screens at a time (TV, phone and laptop), Kononova said.