Mom’s Voice May Help Babies Sleep Better in the NICU 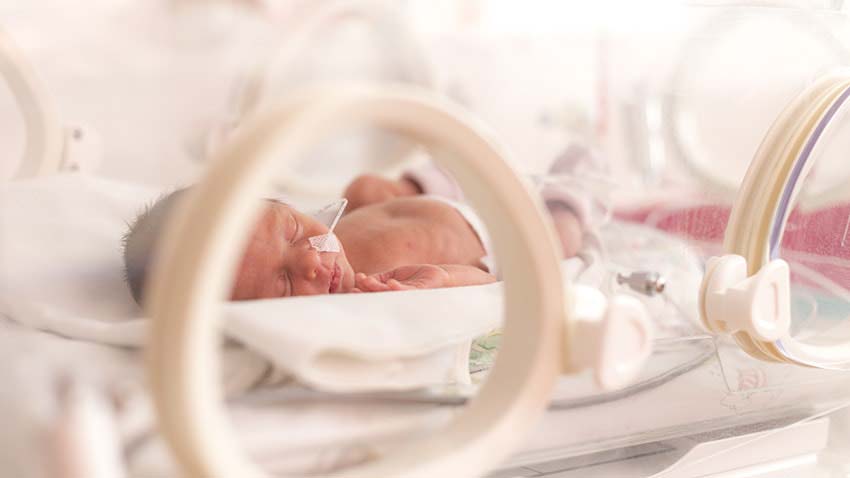 Infants in the NICU were more likely to stay asleep during recordings of their mothers reading, finds new research.

Now, researchers are examining whether one simple difference could help soothe these infants to sleep: the sound of their mother’s voice.

When they were played recordings of their mothers reading children’s books, babies in the NICU slept better and woke up less often, according to a new abstract presented at this week’s annual meeting for Sleep Medicine hosted by the Associated Professional Sleep Societies.

“In the hospital, we take care of babies who are not in their usual environment, which can hinder their ability to have normal sleep,” says lead author Renée Shellhaas, M.D., M.S., a pediatric neurologist at University of Michigan C.S. Mott Children’s Hospital.

“Even though we do our best to make the ICU as quiet an environment as possible, there are hospital disruptions that are unavoidable. Alarms, monitors, ventilators, bedside care and even just the building’s heating and cooling noises may be disruptive. We designed this study to see how the sound environment in the NICU potentially influences sleep and to see if there are relatively simple interventions that may make a difference.”

“What we found was that babies in the NICU were more likely to stay asleep when the recordings of their mothers’ voices played than they were without them.”

“If we can find simple tools to help babies in the unit get higher quality sleep, they could make a big difference to infants’ health and development, especially for those who must stay in the hospital for an extended time.” – Renée Shellhaas

More about the study

The study enrolled 50 babies born after at least 33 weeks gestation, who were medically stable and lacked any congenital conditions increasing risks of sleep troubles. For six hours, a recording of their mother reading books played continuously. The babies’ sleep was monitored during the recordings and for another six hours without the recordings.

“We know that when a baby is first born, they respond preferentially to their mother’s voice and their mother’s native language presumably because that’s what they’re exposed to in the womb,” Shellhaas says. “That’s why we wanted to explore how this familiar sound could potentially influence a baby’s sleep quality.”

Researchers also found that sleep patterns only changed during the recordings for babies who were born at 35 weeks gestation or older. More preterm babies did not see as big a difference in REM sleep.

“Sleep is a very complicated phenomenon influenced by many aspects of the ICU environment and the baby’s condition. Another factor may be touch and how often a baby is held or handled,” Shellhaas says. More research is needed to tease some of these factors apart. Some strategies may be easier to implement than others, she adds.

Shellhaas says further research is needed to explore the association between recordings and a baby’s sleep, as well as other factors that may affect sleep in the ICU environment.

For example, the Mott NICU is among several in the country that have switched from a common bay area for babies to private rooms.

“Sleep is really a marker of how well a baby’s brain is functioning, and healthy sleep is critical to development. Babies’ brains develop significantly over those first few weeks,” she says. “Because of this, strategies for babies in the NICU also need to be tailored to gestational age.”

“The NICU environment influences sleep. If we can find simple tools to help babies in the unit get higher quality sleep, they could make a big difference to infants’ health and development, especially for those who must stay in the hospital for an extended time.”