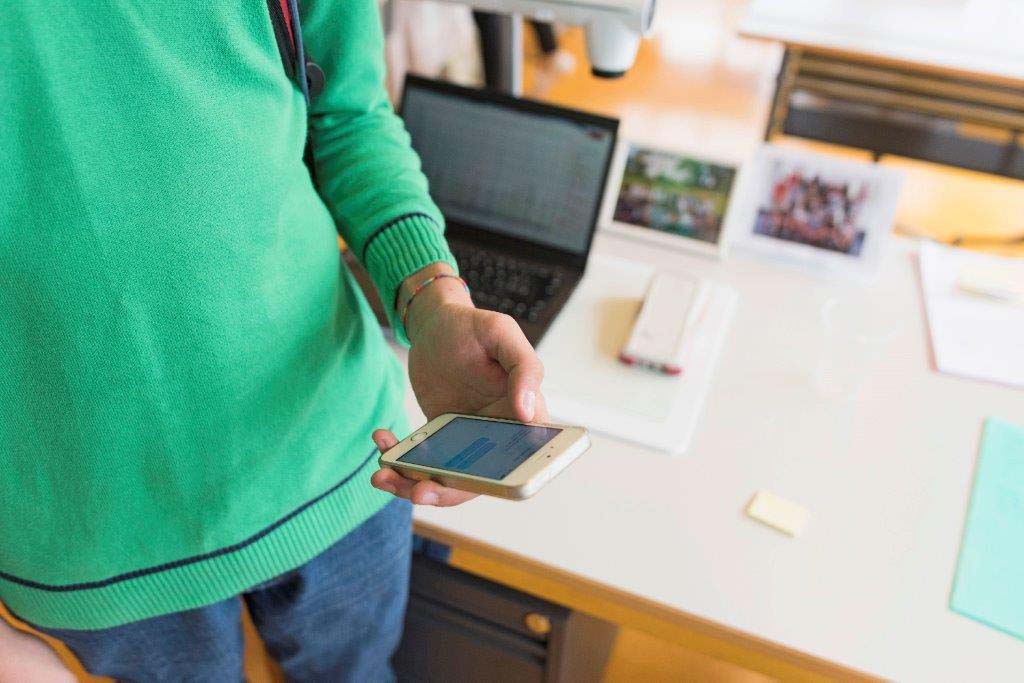 A new study reports radiofrequency electromagnetic field exposure from cell phones over a year may have negative effects of memory performance in teens.

Radiofrequency electromagnetic fields may have adverse effects on the development of memory performance of specific brain regions exposed during mobile phone use. These are the findings of a study involving nearly 700 adolescents in Switzerland. The investigation, led by the Swiss Tropical and Public Health Institute (Swiss TPH), is published in the peer-reviewed journal Environmental Health Perspectives.

The rapid evolution of information and communication technologies (ICT) goes along with an increase in exposure to radiofrequency electromagnetic fields (RF-EMF) in our daily life. The most relevant exposure source to the brain is the use of a mobile phone close to the head. Several studies have been conducted to identify potential health effects related to RF-EMF, though results have remained inconclusive.

The research conducted by scientists at the Swiss Tropical and Public Health Institute (Swiss TPH) looked at the relationship between exposure to RF-EMF from wireless communication devices and memory performance in adolescents. The study follows up a report published in the scientific journal Environment International in 2015 with twice the sample size and more recent information on the absorption of RF-EMF in adolescent brains during different types of wireless communication device
use. These are the world’s first epidemiological studies to estimate cumulative RF-EMF brain dose in adolescents.

Disconnect: The Truth About Mobile-Phone Radiation

The study to be published on 23 July 2018 found that cumulative RF-EMF brain exposure from mobile phone use over one year may have a negative effect on the development of figural memory performance in adolescents, confirming prior results published in 2015. Figural memory is mainly located in the right brain hemisphere and association with RF-EMF was more pronounced in adolescents using the mobile phone on the right side of the head. “This may suggest that indeed RF-EMF absorbed by the brain is responsible for the observed associations.” said Martin Röösli, Head of Environmental Exposures and Health at Swiss TPH.

Other aspects of wireless communication use, such as sending text messages, playing games or browsing the Internet cause only marginal RF-EMF exposure to the brain and were not associated with the development of memory performance. “A unique feature of this study is the use of objectively collected mobile phone user data from mobile phone operators.” said Röösli. He emphasised that further research is needed to rule out the influence of other factors. “For instance, the study results could have been affected by puberty, which affects both mobile phone use and the participant’s cognitive and behavioural state.”

The data gathered from the Health Effects Related to Mobile Phone Use in Adolescents (HERMES) cohort looked at the relationship between exposure to RF-EMF and development of memory performance of almost 700 adolescents over the course of one year. Participants, aged 12 to 17 years, were recruited from 7th to 9th public school grades in urban and rural areas of Swiss-German speaking Switzerland.

Minimising the risk of RF-EMF exposure

The potential effect of RF-EMF exposure to the brain is a relatively new field of scientific inquiry. “It is not yet clear how RF-EMF could potentially affect brain processes or how relevant our findings are in the long-term.” said Röösli. “Potential risks to the brain can be minimised by using headphones or the loud speaker while calling, in particular when network quality is low and the mobile phone is functioning at maximum power.”