Memory Reconsolidation As A Way Of Life 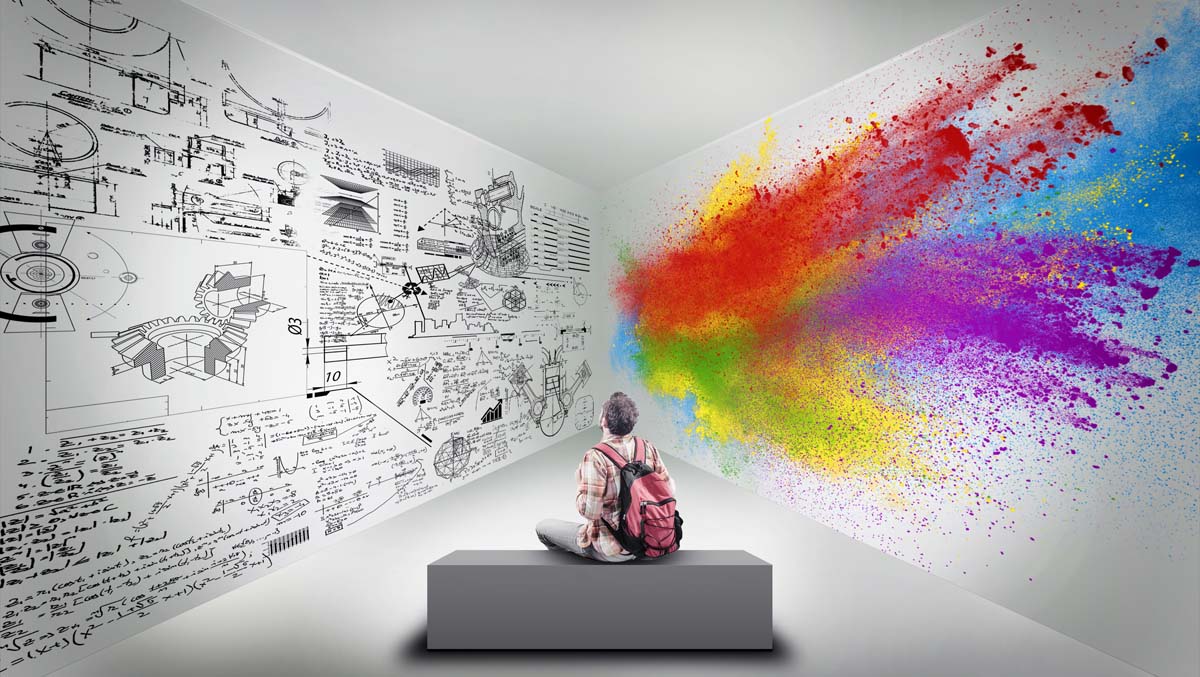 A colleague on a listserve, whom I’ll call “Dave”, wrote about the relationship between left and right brain processes as relates to memory reconsolidation, and how left brain processes can rigidify and destroy or harm the “big picture” perspective of right brain functions.  (Dave was basing his comments on the work of Ian McGilchrist.  See McGilchrist, I.  (2009).  The Master and the Emissary: The Divided Brain and the Making of the Western World.  New Haven: Yale University Press).  In my mind, the key is the flexible integration of “experience” and “mindful, non-judgmental reflection upon” that experience.  However, I don’t think we should always praise the creativity of the right brain nor always condemn the rigidity of the left brain.  I agree with my colleague Dave, however, and with my read of Ian McGilchrist, Western culture has usually privileged the left brain over the right brain in ways that are extremely harmful to individuals, societies and the entire planet.  If there were only right brains, I don’t think we would living with global warming and the devastation of many ecosystems. 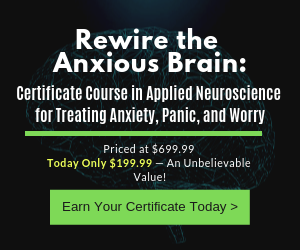 Where Dave and I differ, however, is that the left brain is not always rigid and the right brain is not always the way out.  Whenever I find myself saying “always” or “never“, and of course I sometimes do as I’m human, I try to “always” challenge my assumptions that generate that kind of black/white thinking.   For what it’s worth, I believe black/white thinking doesn’t involve much thinking at all, and is rooted in affective systems that appear to originate in the superior colliculi and PAG, at least according to my friend and colleague, Frank Corrigan, MD.

“…what we are doing in Coherence Therapy and Therapeutic Reconsolidation is to help the rigidified left brain approach to soften and to come back once again into the fold of the bigger picture.”  [Note that “the bigger picture”, here, refers to a capacity of the right brain.]

I believe what my colleague suggested is sometimes but not always true.  The key problems, in my opinion, are “rigidity” or “inflexibility” and with that “dissociation” or “failure to integrate”.  But it is not always “right brain, big picture= good” and “left brain, overly and narrowly detailed= bad”.  For example, when a person has a traumatic flashback they vividly re-experience, as if past is painfully present, an overwhelming somatic-emotional-energetic-relational tsunami.  That is mostly if not exclusively right brain into subcortical (e.g. Superior Colliculi and PAG) highjacking.  For trauma survivors, that is hell, relived.  We need the left brain to help get us out of this trouble, but not some dry, analysis of “why the trauma survivor has a hellish memory”.  Rather, in order to heal, the trauma survivor needs a dual focus or dual awareness, one that accesses left, prefrontal cortical and/or perhaps midline “mindful observation and reflection” brought into gentle contact with the patient’s right brain horror show.  And it does this, usually, with the implicit and explicit “help” from, including co-regulation of affect AND meanings with, the trauma survivor’s therapist. 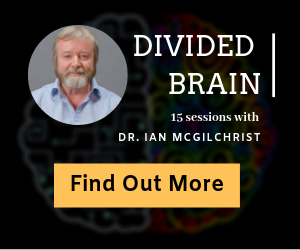 In short, I believe most psychopathology is a function of inflexible dissociation, not in the sense of structural dissociation per se (although that is sometimes the case), but rather more generally in terms of one part of the mind/brain/body dis-associating or dis-connecting from another part of the mind/brain/body, and remaining inflexibly not integrated.  From this perspective, therapy is about creative association, that can and does entail re-connecting and integrating left with right brain, cortical with subcortical, thinking with feeling, reflection with experience, present and future with past, self-regulation with self-other co-regulation, sense with no-sense, Western with Eastern philosophy, etc.

I also believe life is about “re-connecting and creatively integrating” at deeper and more expansive levels of consciousness.  I am not talking about reaching Nirvana (after all, I grew up in New Jersey in the 60’s and 70’s and Nirvana’s first album wasn’t released until 1989), but I do believe deeper and wider experiences of “connecting” and “integrating” are not only possible, they are what we all do at our best, throughout our lives.  From this perspective, memory reconsolidation isn’t a therapeutic technique, but rather a way of living, creatively.

Absolutely! Agreed! The balance that comes through flexibility, integration, and creative associations makes a much healthier bigger picture! Thank you!