Watching meaningful films – those that we find moving and poignant – can make us feel more prepared to deal with life’s challenges and want to be a better person, a new study found.

The findings point to one reason why people may choose to see movies that make them sad as well as happy and that may explore difficult subjects that aren’t always uplifting.

Researchers found that when people recalled watching meaningful films like The Shawshank Redemption and Up, they reported a variety of positive reactions, such as being better able to accept the human condition and make sense of problems in life.

Those positive experiences were less likely to be reported when people thought about watching Hollywood fare like The Big Lebowski or Catch Me if You Can.

“Meaningful movies actually help people cope with difficulties in their own lives, and help them want to pursue more significant goals,” said Jared Ott, lead author of the study and a graduate student in communication at The Ohio State University. 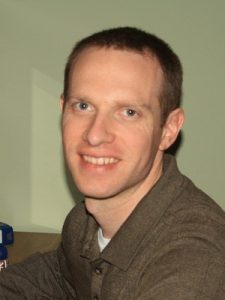 While many studies have looked at how people react to watching meaningful films or clips from films in a lab setting, this research was designed to see how these films affect people in the real world, said co-author Michael Slater, professor of communication at Ohio State.

“We wanted to find out how people experience these movies in their everyday lives,” Slater said. “There hasn’t been much research on that.”

Ott and Slater conducted the study with Naomi Q.P. Tan, a former graduate student at Ohio State. The research was published online recently in the journal Mass Communication and Society.

Meaningful films, which included Hotel Rwanda, Schindler’s List and Slumdog Millionaire, were ones that user-generated lists on the movie site IMDB described using terms like poignant, inspiring and meaningful.

These films were matched with films produced about the same time and with similar MPAA ratings (G, PG, R) that were not described by users with the same terms as meaningful films. Some of these movies included Ratatouille, Fight Club and Pulp Fiction.

The survey asked a variety of questions about how each participant reacted to the movie chosen for him or her.

Meaningful films were also more likely than the other movies to help viewers accept the human condition, results showed. Participants recalling these movies said that the film left them with the feeling that “both happy and sad experiences give meaning to our life” and “gains and losses are part of life,” among other similar statements.

Participants recalling the meaningful films were also more likely to say the movie motivated them to be a better person, do good things for other people and seek what really matters in life.

How did meaningful movies have these positive effects? The study found that the key elements of these films were their poignancy, the mixture of happiness and sadness; their emotional range; and their ability to make people feel elevated and inspired by watching them.

Overall, the meaningful films did have more of these positive effects than the other movies. But that doesn’t mean people can’t find meaning in films that are meant to be more entertaining than meaningful, the research showed. 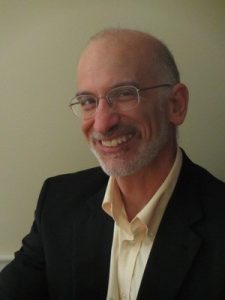 The researchers asked participants to select up to three values from a list of 16 that they had seen represented in the film they were asked to recall. Some of those values included “achievement and personal success,” “love and intimacy” and “courage and bravery.” Participants then rated the personal importance of each value.

“We found that people felt better able to make sense of difficulties in their own life when they recalled a movie that focused on values that were important to them,” Slater said.

“That happened even when the movie was classified as one of the less meaningful films.”

The findings suggest why many people see movies as more than just entertainment, Ott said.

“Some films may help people cope and grow through difficult periods in their life,” he said. “And people may recognize this effect years after they have seen a particular movie.”