May 22, 2018 Considering the Nature of Our Right and Left Hemisphere’s Engagement: A Conversation Between Iain McGilchrist and Allan Schore 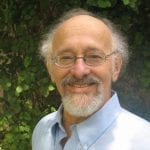 The world we live in today, many would argue, is biased toward the style of the left hemisphere. Such a bias precludes the possibility of knowledge that transcends what is already familiar. In addition, the right brain is dominant in early development of attachment and stress regulating systems, therefore its access is vital for healing in the therapeutic setting. Join us in a rich and engaging conversation between two of the world’s pre-eminent scholars of hemispheric laterality, Dr. Allan Schore and Dr. Iain McGilchrist. Together they will discuss facilitating structural change in the right hemisphere in the therapeutic setting, as well as helping us to understand the broader scope of how each hemisphere engages with the world in general.

Dr. Allan Schore is on the clinical faculty of the Department of Psychiatry and Biobehavioral Sciences, UCLA David Geffen School of Medicine. He is author of four seminal volumes, most recently The Science of the Art of Psychotherapy, as well as numerous articles and chapters. His contributions appear in multiple disciplines, including neuroscience, psychiatry, psychoanalysis, developmental psychology, infant mental health, attachment theory, trauma studies, behavioral biology, clinical 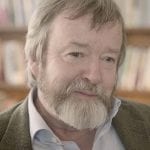 psychology, and clinical social work. He is past editor of the Norton series on Interpersonal Neurobiology and a reviewer or on the editorial staff of 45 journals across a number of scientific and clinical disciplines. He has received a number of honors for his work, including an Award for Outstanding Contributions to Practice in Trauma Psychology from the Division of Trauma Psychology and the Scientific Award from the Division of Psychoanalysis of the American Psychological Association, Honorary Membership by the American Psychoanalytic Association.

Dr Iain McGilchrist is a former Fellow of All Souls College, Oxford, a Fellow of the Royal College of Psychiatrists, a Fellow of the Royal Society of Arts, and former Consultant Psychiatrist and Clinical Director at the Bethlem Royal & Maudsley Hospital, London. He has been a Research Fellow in neuroimaging at Johns Hopkins Hospital, Baltimore. He has published original articles and research papers in a wide range of publications on topics in literature, philosophy, medicine and psychiatry. He is best known as the author of The Master and his Emissary: The Divided Brain and the Making of the Western World (Yale 2009), and is currently working on a book entitled There Are No Things for Penguin Press.