When high school students started smoking marijuana regularly they were less likely to get good grades and want to pursue university, according to a new study from the University of Waterloo.

The study, published in the Journal of School Health, found that when students started using marijuana at least once a month they were about four times more likely to skip class, two-to-four times less likely to complete their homework and value getting good grades, and about half as likely to achieve high grades, than when they had never used the drug.
The study also asked students the highest level of education they would like and expect to achieve. Results indicated that when students started smoking marijuana daily, their likelihood of reporting ambitions to pursue university, as opposed to stopping at high school or before, was about 50 per cent lower than when they had never used the drug. 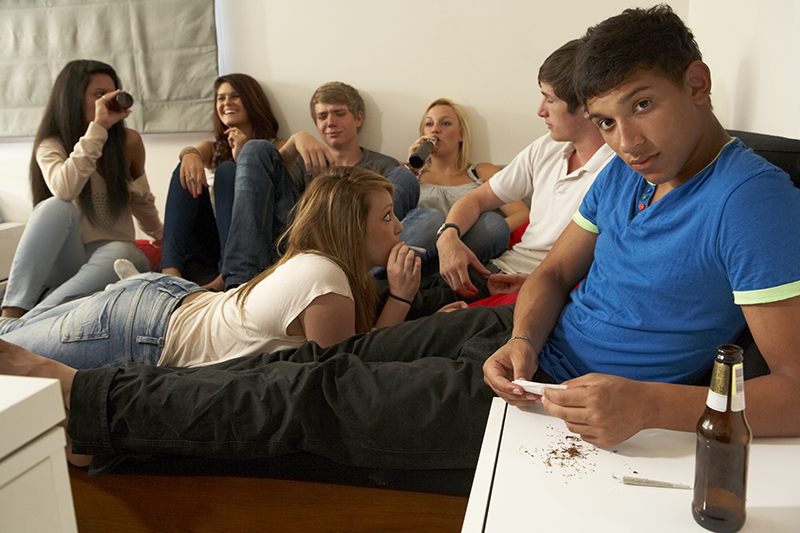 “The findings support the importance of preventing and delaying the initiation of marijuana use among adolescents,” said Scott Leatherdale, a professor in the School of Public Health and Health Systems and head of COMPASS, the largest longitudinal study of substance use among youth. “More youth today use marijuana than cigarettes, yet public health prevention efforts lag behind those of alcohol and tobacco.”

The human brain actively develops until a person reaches their early twenties. Studies suggest that adults who smoked the drug regularly during adolescence exhibit reduced neural connectivity in regions responsible for memory, learning and inhibitions.

“We’ve seen reductions in the number of youth perceiving marijuana as harmful, yet they have greater vulnerability to adverse consequences,” said Karen Patte, a post-doctoral fellow and lead author of the paper. “We found that the more frequently students started using the drug, the greater their risk of poor school performance and engagement.”

The study also looked at the effects of alcohol use on academic aspirations and expectations. Unlike marijuana, students initiating regular alcohol use tended to report goals to pursue post-secondary education.

“Drinking has long been tied to university settings, which may make alcohol a more acceptable substance choice for students planning to attend university,” said Leatherdale. “All substances present risks to health and well-being. With marijuana legalization on the horizon, it’s critical we understand these risks in order to promote successful transitions into adulthood for our youth.”