Many diseases, including Parkinson’s disease, can be treated with electrical stimulation from an electrode implanted in the brain. However, the electrodes can produce scarring, which diminishes their effectiveness and can necessitate additional surgeries to replace them.

MIT researchers have now demonstrated that making these electrodes much smaller can essentially eliminate this scarring, potentially allowing the devices to remain in the brain for much longer.

“What we’re doing is changing the scale and making the procedure less invasive,” says Michael Cima, the David H. Koch Professor of Engineering in the Department of Materials Science and Engineering, a member of MIT’s Koch Institute for Integrative Cancer Research, and the senior author of the study, which appears in the May 16 issue of Scientific Reports.

Cima and his colleagues are now designing brain implants that can not only deliver electrical stimulation but also record brain activity or deliver drugs to very targeted locations. 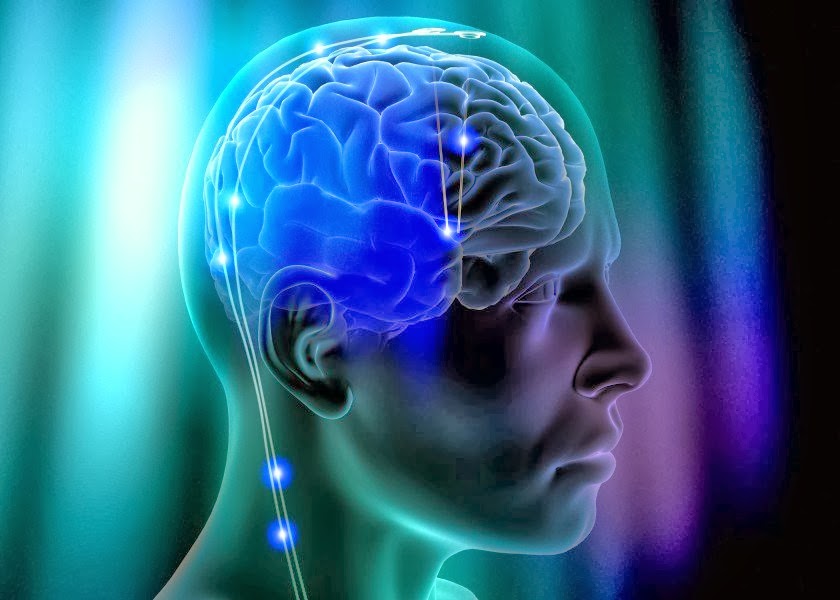 Many Parkinson’s patients have benefited from treatment with low-frequency electrical current delivered to a part of the brain involved in movement control. The electrodes used for this deep brain stimulation are a few millimeters in diameter. After being implanted, they gradually generate scar tissue through the constant rubbing of the electrode against the surrounding brain tissue. This process, known as gliosis, contributes to the high failure rate of such devices: About half stop working within the first six months.

Previous studies have suggested that making the implants smaller or softer could reduce the amount of scarring, so the MIT team set out to measure the effects of both reducing the size of the implants and coating them with a soft polyethylene glycol (PEG) hydrogel.

The hydrogel coating was designed to have an elasticity very similar to that of the brain. The researchers could also control the thickness of the coating. They found that when coated electrodes were pushed into the brain, the soft coating would fall off, so they devised a way to apply the hydrogel and then dry it, so that it becomes a hard, thin film. After the electrode is inserted, the film soaks up water and becomes soft again.

In mice, the researchers tested both coated and uncoated glass fibers with varying diameters and found that there is a tradeoff between size and softness. Coated fibers produced much less scarring than uncoated fibers of the same diameter. However, as the electrode fibers became smaller, down to about 30 microns (0.03 millimeters) in diameter, the uncoated versions produced less scarring, because the coatings increase the diameter.

This suggests that a 30-micron, uncoated fiber is the optimal design for implantable devices in the brain.

“Before this paper, no one really knew the effects of size,” Cima says. “Softer is better, but not if it makes the electrode larger.”

The question now is whether fibers that are only 30 microns in diameter can be adapted for electrical stimulation, drug delivery, and recording electrical activity in the brain. Cima and his colleagues have had some initial success developing such devices.

“It’s one of those things that at first glance seems impossible. If you have 30-micron glass fibers, that’s slightly thicker than a piece of hair. But it is possible to do,” Cima says.

Such devices could be potentially useful for treating Parkinson’s disease or other neurological disorders. They could also be used to remove fluid from the brain to monitor whether treatments are having the intended effect, or to measure brain activity that might indicate when an epileptic seizure is about to occur.