Loneliness contributes to self-centeredness for sake of self-preservation 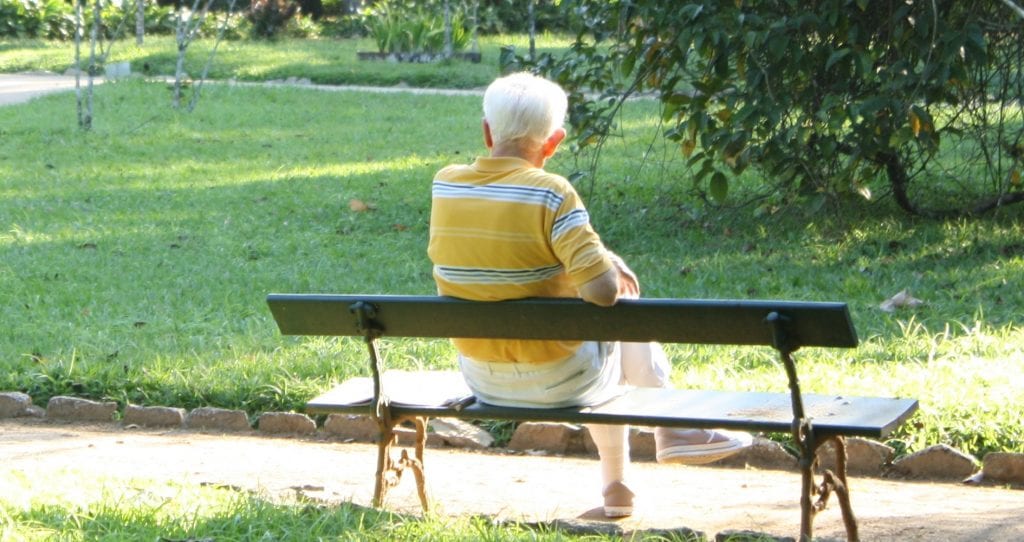 The findings by researchers at the University of Chicago show such effects create a positive feedback loop between the two traits: As increased loneliness heightens self-centeredness, the latter then contributes further to enhanced loneliness.

“If you get more self-centered, you run the risk of staying locked in to feeling socially isolated,” said John Cacioppo, the Tiffany and Margaret Blake Distinguished Service Professor in Psychology and director of the Center for Cognitive and Social Neuroscience.

Cacioppo and co-authors Stephanie Cacioppo, assistant professor of psychiatry and behavioral science at the UChicago Pritzker School of Medicine, and Hsi Yuan Chen, a researcher at the Center for Cognitive and Social Neuroscience, published their findings in Personality and Social Psychology Bulletin on June 13.

The researchers wrote that “targeting self-centeredness as part of an intervention to lessen loneliness may help break a positive feedback loop that maintains or worsens loneliness over time.” Their study is the first to test a prediction from the Cacioppos’ evolutionary theory that loneliness increases self-centeredness. Such research is important because, as many studies have shown, lonely people are more susceptible to a variety of physical and mental health problems as well as higher mortality rates than their non-lonely counterparts.

Their latest findings are based on 11 years of data taken from 2002 to 2013 as part of the Chicago Health, Aging and Social Relations Study of middle-aged and older Hispanics, African-Americans and Caucasian men and women. The study’s random sample consisted of 229 individuals who ranged from 50 to 68 years of age at the start of the study. They were a diverse sample of randomly selected individuals drawn from the general population who varied in age, gender, ethnicity and socioeconomic status.

Early psychological research treated loneliness as an anomalous or temporary feeling of distress that had no redeeming value or adaptive purpose. “None of that could be further from the truth,” Stephanie Cacioppo said.

The evolutionary perspective is why. In 2006, John Cacioppo and colleagues proposed an evolutionary interpretation of loneliness based on a neuroscientific or biological approach.

In this view, evolution has shaped the brain to incline humans toward certain emotions, thoughts and behavior. “A variety of biological mechanisms have evolved that capitalize on aversive signals to motivate us to act in ways that are essential for our reproduction or survival,” the UChicago co-authors wrote. From that perspective, loneliness serves as the psychological counterpart of physical pain.

“Physical pain is an aversive signal that alerts us of potential tissue damange and motivates us to take care of our physical body,” the UChicago researchers wrote. Loneliness, meanwhile, is part of a warning system that motivates people to repair or replace their deficient social relationships.

The finding that loneliness tends to increase self-centeredness fits the evolutionary interpretation of loneliness. From an evolutionary-biological viewpoint, people have to be concerned with their own interests. The pressures of modern society, however, are significantly different from those that prevailed when loneliness evolved in the human species, researchers found.

“Humans evolved to become such a powerful species, in large part due to mutual aid and protection and the changes in the brain that proved adaptive in social interactions,” John Cacioppo said. “When we don’t have mutual aid and protection, we are more likely to become focused on our own interests and welfare. That is, we become more self-centered.”

In modern society, becoming more self-centered protects lonely people in the short term but not the long term. That’s because the harmful effects of loneliness accrue over time to reduce a person’s health and well-being.

“This evolutionarily adaptive response may have helped people survive in ancient times, but in contemporary society may well make it harder for people to get out of feelings of loneliness,” John Cacioppo said.

When humans are at their best, they provide mutual aid and protection, Stephanie Cacioppo added. “It isn’t that one individual is sacrificial to the other. It’s that together they do more than the sum of the parts. Loneliness undercuts that focus and really makes you focus on only your interests at the expense of others.”

The Cacioppos have multiple loneliness studies in progress that address its social, behavioral, neural, hormonal, genetic, cellular and molecular aspects, as well as interventions.

“Now that we know loneliness is damaging and contributing to the misery and health care costs of America, how do we reduce it?” John Cacioppo asked.