Lights Out: The Neural Relationship Between Light and Sleep 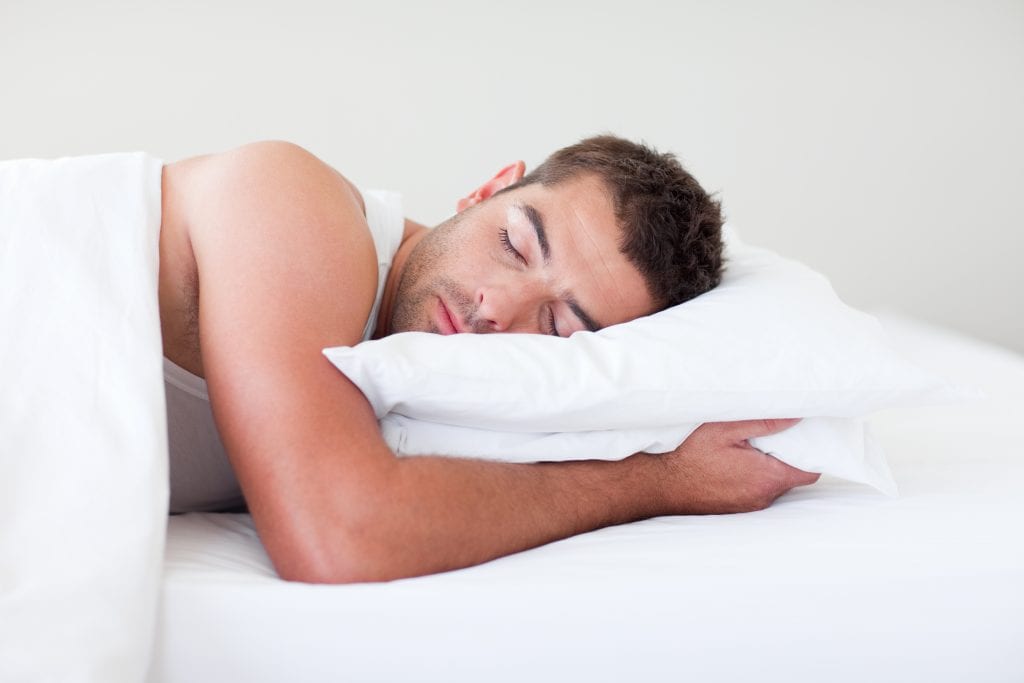 Humans are diurnal animals, meaning that we usually sleep at night and are awake during the day, due at least in part to light or the lack thereof. Light is known to affect sleep indirectly by entraining—modifying the length of—our circadian rhythms and also rapidly and directly due to a phenomenon known as masking. But while a great deal is known about how light affects circadian rhythms, little is known about the direct effects of light on sleep: Why do we tend to wake up if the lights are flipped on in the middle of the night? Why does darkness make us sleepy? Caltech researchers in the laboratory of Professor of Biology David Prober say they have discovered at least part of the answer: a specific protein in the brain that responds to light and darkness to set the correct balance between sleep and wakefulness.

“Researchers had previously identified the photoreceptors in the eye that are required for the direct effect of light on wakefulness and sleep,” says Prober. “But we wanted to know how the brain uses this visual information to affect sleep.”

The Prober laboratory uses zebrafish as a model organism for studying sleep. The animals are optically transparent, allowing for noninvasive imaging of their neurons; they also have a diurnal sleep/wake pattern like that of humans. To investigate how their sleep responds to light, Wendy Chen, a former graduate student in Prober’s lab, led studies examining a particular protein in the zebrafish brain called prokineticin 2 (Prok2).

Chen genetically engineered zebrafish to overexpress Prok2, resulting in an abundance of the protein. She found that in contrast to normal zebrafish, these animals were more likely to fall asleep during the day and to wake up at night. Surprisingly, the effects did not depend on the engineered fish’s normal circadian sleep/wake cycle but rather depended only on whether the lights were on or off in their environment. These observations suggest that an excess of Prok2 suppresses both the usual awakening effect of light and the sedating effect of darkness.

Chen then generated zebrafish with mutated forms of Prok2 and its receptor, and observed light-dependent sleep defects in these animals. For example, Chen found that zebrafish with a mutated Prok2 receptor were more active when the lights were on and less active when the lights were off, the opposite of what she had observed in animals that overexpressed Prok2 and had functional Prok2 receptors.

“Though diurnal animals such as zebrafish spend most of their time asleep at night and awake during the day, they also take naps during the day and occasionally wake up at night, similar to many humans,” Prober says. “Our study’s results suggest that levels of Prok2 play a critical role in setting the correct balance between sleep and wakefulness during both the day and the night.”

Next, the researchers wanted to know how Prok2 was modulating light’s effects on sleep. To answer this question, they decided to examine whether other proteins in the brain that are known to affect sleep were required for the effects of Prok2 on sleep behavior. They found that the sedating effect of Prok2 overexpression in the presence of light requires galanin, a known sleep-promoting protein. They also found that Prok2 overexpression increased the level of galanin expression in the anterior hypothalamus, a key sleep-promoting center in the brain. But in animals that were engineered to lack galanin, overexpression of Prok2 did not increase sleep.

These findings provide the first insights into how light may interact with the brain to affect sleep and provide a basis for scientists to begin exploring the genes and neurons that underlie the phenomenon. However, further work is needed to fully explain how light and dark directly affect sleeping and waking, and to determine whether Prok2 has a similar function in humans. If it does, this work might eventually lead to new sleep- and wake-promoting drugs.

The paper is titled “Light-dependent regulation of sleep/wake states by prokineticin 2 in zebrafish.” Other Caltech co-authors are postdoctoral scholars Chanpreet Singh and Grigorios Oikonomou. Sabine Reichert and Jason Rihel of University College London also contributed to the study. The work was funded by the National Institutes of Health; the Edward Mallinckrodt, Jr. Foundation; the Rita Allen Foundation; and the Brain & Behavior Research Foundation.