Life in the city: Living near a forest keeps your amygdala healthier 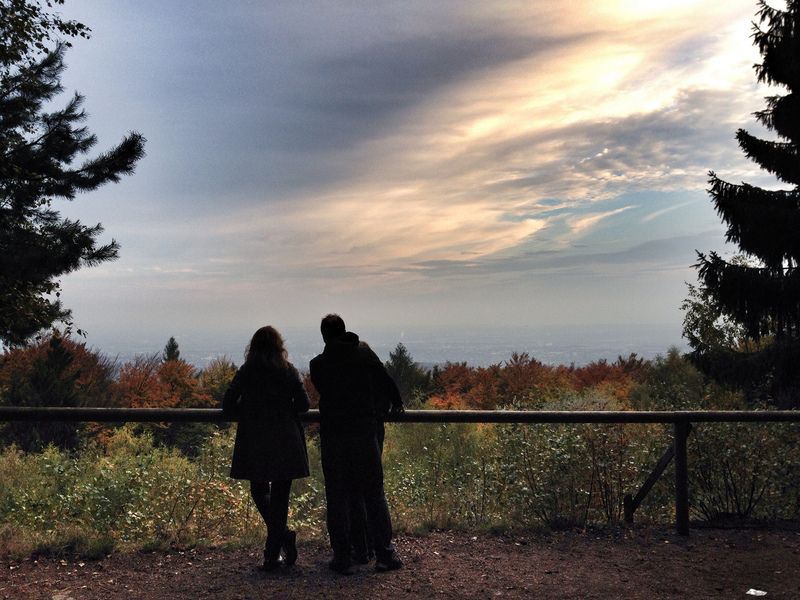 Living near a forest seems to have a positive effect on the stress-processing brain areas. Researchers found that city dwellers living close to a forest were more likely to have a healthy brain structure than those with no access to nature near their home.
© Martin Fisch/flickr

Noise, pollution, and many people in a confined space: Life in a city can cause chronic stress. City dwellers are at a higher risk of psychiatric illnesses such as depression, anxiety disorders, and schizophrenia than country dwellers. Comparisons show higher activity levels in city dwellers’ than in country dwellers’ amygdala — a central nucleus in the brain that plays an important role in stress processing and reactions to danger. Which factors can have a protective influence? A research team led by psychologist Simone Kühn has examined which effects nature near people’s homes such as forest, urban green, or wasteland has on stress-processing brain regions such as the amygdala. „Research on brain plasticity supports the assumption that the environment can shape brain structure and function. That is why we are interested in the environmental conditions that may have positive effects on brain development. Studies of people in the countryside have already shown that living close to nature is good for their mental health and well-being. We therefore decided to examine city dwellers,“ explains first author Simone Kühn, who led the study at the Max Planck Institute for Human Development and now works at the University Medical Center Hamburg-Eppendorf (UKE).

Indeed, the researchers found a relationship between place of residence and brain health: those city dwellers living close to a forest were more likely to show indications of a physiologically healthy amygdala structure und were therefore presumably better able to cope with stress. This effect remained stable when differences in educational qualifications and income levels were controlled for. However, it was not possible to find an association between the examined brain regions and urban green, water, or wasteland. With these data, it is not possible to distinguish whether living close to a forest really has positive effects on the amygdala or whether people with a healthier amygdala might be more likely to select residential areas close to a forest. Based on present knowledge, however, the researchers regard the first explanation as more probable. Further longitudinal studies are necessary to accumulate evidence.

The participants in the present study are from the Berlin Aging Study II (BASE-II) – a larger longitudinal study examining the physical, psychological, and social conditions for healthy aging. In total, 341 adults aged 61 to 82 years took part in the present study. Apart from carrying out memory and reasoning tests, the structure of stress-processing brain regions, especially the amygdala, was assessed using magnetic resonance imaging (MRI). In order to examine the influence of nature close to peoples’ homes on these brain regions, the researchers combined the MRI data with geoinformation about the participants’ places of residence. This information stemmed from the European Environment Agency’s Urban Atlas, which provides an overview of urban land use in Europe.

“Our study investigates the connection between urban planning features and brain health for the first time,” says co-author Ulman Lindenberger, Director of the Center for Lifespan Psychology at the Max Planck Institute for Human Development. By 2050, almost 70 percent of the world population is expected to be living in cities. These results could therefore be very important for urban planning. In the near future, however, the observed association between the brain and closeness to forests would need to be confirmed in further studies and other cities, stated Ulman Lindenberger.