“Let Food Be Thy Medicine” — So Let’s Teach Physicians How to Cook!

Most people reading this blog will have heard or read the quotation attributed to Hippocrates: “Let food be thy medicine, and medicine be thy food.” Whether or not this ancient Greek physician actually made that comment 2500 years ago is something that we cannot determine. But it certainly is a statement that is coming back into favor in the current era.

We know now that what we eat can heal both our bodies and our brains. And even though we have written in this blog about the fact that improved dietary intake does not seem to be sufficient for some people, and multinutrient ‘supplements’ are also needed, the fact is that everything starts with a healthy diet. And yes, we recognize that the definition of a healthy diet changes over time, but that is inevitable as more and more research emerges. 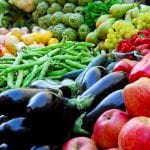 Fruit and vegetables on Boqueria market

A group of nutrition researchers at the University of North Carolina has been doing repeated surveys of nutrition education in American medical schools, and although the results are surely better than a decade ago, they are still a bit discouraging. In 2010 they reported that not only was nutrition education not yet adequate, but also it seemed to have gotten worse compared to their previous survey in 2004 (Adams et al., 2010). Of the 105 schools answering questions about courses and contact hours, only 25% required a dedicated nutrition course (a decrease from 30% in 2004). In addition, medical students received 19.6 contact hours of nutrition instruction during their medical school careers (though it is noteworthy that the range of 0-70 hours still included zero) compared to 22.3 hours in 2004. And finally, the National Academy of Sciences had recommended a minimum of 25 required hours, and only 27% of the 105 schools met that minimum whereas 38% had met it in 2004.

But the news is not all bad. Today we want to tell you about a big change in medical school training that seems to have been initiated by Tulane University Medical School in New Orleans.

In 2012, Tulane began teaching its medical students how to cook.

Isn’t that an incredible statement, from so many perspectives? But that is the essence of a revolution in medical education that is emerging: teaching medical students how to cook good food from scratch. Then they are encouraged to interact with community members, teaching and learning about cooking, and ultimately it is expected that they will be able to use their own cooking knowledge to help their future patients make better food choices. Since 2012, nine other medical schools across the U.S. have purchased the license to use the same Tulane cooking curriculum. Tulane itself has a new, named facility for their work: the Goldring Center for Culinary Medicine, led by internist Dr. Timothy Harlan. You can watch a 3-minute video about the Center here:

Another pioneering aspect of this program is that it is a partnership with a local culinary school, resulting in Tulane Medical School hiring the first chef to be on a medical school faculty anywhere in North America — or perhaps the world.

One final interesting note about the Goldring Center: if you watch the video, you will see that Dr. Harlan emphasizes that they are teaching about food, as opposed to nutrition. Although it is hard for some of us to distinguish between the two, this philosophy does reflect an important ‘back to basics’ approach. Though it is true, we believe, that there are some people who cannot achieve their optimal mental function without supplementation, and it is also true (and very worrisome!) that our food supply is not as nutritious as it was 50 years ago, it is important that we always take a ‘food first’ stance. Especially when focusing on population health, it is essential to promote dietary improvements as the first line of prevention and treatment. Unless one is reading a lot of science fiction, it is impossible to envision 7 billon people surviving on nutrient pills.