Laughter May Be Best Medicine for Brain Surgery 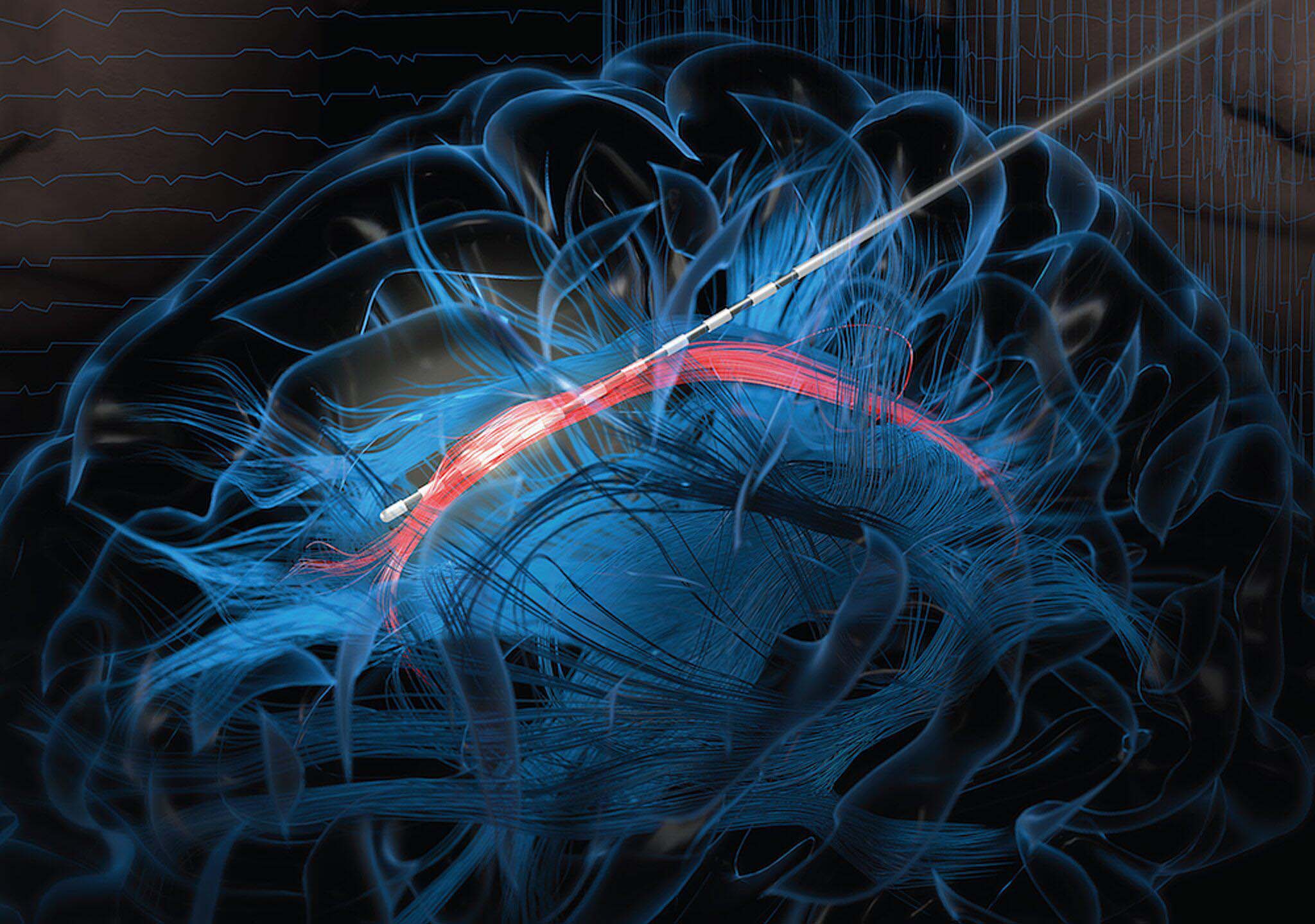 Neuroscientists at Emory University School of Medicine have discovered a focal pathway in the brain that when electrically stimulated causes immediate laughter, followed by a sense of calm and happiness, even during awake brain surgery.

The effects of stimulation were observed in an epilepsy patient undergoing diagnostic monitoring for seizure diagnosis. These effects were then harnessed to help her complete a separate awake brain surgery two days later.

The behavioral effects of direct electrical stimulation of the cingulum bundle, a white matter tract in the brain, were confirmed in two other epilepsy patients undergoing diagnostic monitoring. The findings are scheduled for publication in the Journal of Clinical Investigation.

Emory neurosurgeons see the technique as a “potentially transformative” way to calm some patients during awake brain surgery, even for people who are not especially anxious. For optimal protection of critical brain functions during surgery, patients may need to be awake and not sedated, so that doctors can talk with them, assess their language skills, and detect impairments that may arise from resection.

“Even well-prepared patients may panic during awake surgery, which can be dangerous,” says lead author Kelly Bijanki, PhD, assistant professor of neurosurgery. “This particular patient was especially prone to it because of moderate baseline anxiety. And upon waking from global anesthesia, she did indeed begin to panic. When we turned on her cingulum stimulation, she immediately reported feeling happy and relaxed, told jokes about her family, and was able to tolerate the awake procedure successfully.”

Outside of use during awake surgery, understanding how cingulum bundle stimulation works could also inform efforts to better treat depression, anxiety disorders, or chronic pain via deep brain stimulation.

Previous investigators have reported that direct electrical stimulation of other parts of the brain can trigger laughter, but the demonstration that anti-anxiety effects observed with cingulum bundle stimulation can provide meaningful clinical benefits make this study distinct, says senior author Jon T, Willie, MD, PhD, who performed the surgeries reported in the paper. He is assistant professor of neurosurgery and neurology at Emory University School of Medicine.

Lying under the cortex and curving around the midbrain, the cingulum bundle has a shape resembling a girdle or belt – hence its Latin name. The area that was a key to laughter and relaxation lies at the top and front of the bundle. The bundle is a logical target because of its many connections among brain regions coordinating complex emotional responses, Willie says.

The location of cingulum bundle stimulation is distinct from other brain locations that process reward, such as ventral striatum, which has been targeted for the treatment of depression and addiction. Because the cingulum bundle is a crossroads for white matter connecting several lobes, Willie and his team may be affecting widespread networks throughout the brain.

Willie says the locations of initial electrode placement were chosen in order to record brain activity and locate the onset of the first patient’s seizures. The electrode initially used to stimulate the cingulum bundle was inserted into the brain in a way that was different than standard, he says. The unique trajectory was necessary because of the first patient’s previous surgeries; the approach was from the rear (see illustration), leading to a broader extent of cingulum bundle being sampled and therefore accessible for electrical stimulation.

“The patient described the experience as pleasant and relaxing and completely unlike any component of her typical seizure or aura,” the authors write. “She reported an involuntary urge to laugh that began at the onset of stimulation and evolved into a pleasant, relaxed feeling over the course of a few seconds of stimulation.”

As a test of her mood and thought processes, the researchers tested how the first patient viewed faces and whether she interpreted them as happy, sad or neutral. Cingulum bundle stimulation shifted her view of faces so that they were interpreted as happier. This effect, called “affective bias” is known to correspond with the reduction of depressive symptoms, and suggests a potential use of cingulum stimulation in treating depression.

The two other patients that underwent cingulum stimulation and behavioral testing did not undergo awake surgery for epilepsy treatment. Upon stimulation, they both also smiled and reported mood elevation and pain relief, and at higher levels of current, experienced laughter. During stimulation, one of the later patients took tests of attention, memory and language and performed normally, except for delayed verbal recall on a list-learning task.

The researchers envision cingulum bundle stimulation as potentially applicable to surgery for brain tumors, as well as epilepsy.

“We could be surer of safe boundaries for removal of pathological tissue and preservation of tissue encoding critical human functions such as language, emotional, or sensory functions, which can’t be evaluated with the patient sedated,” Bijanki says. “In addition, although substantial further study is necessary in this area, the cingulum bundle could become a new target for chronic deep brain stimulation therapies for anxiety, mood, and pain disorders.”