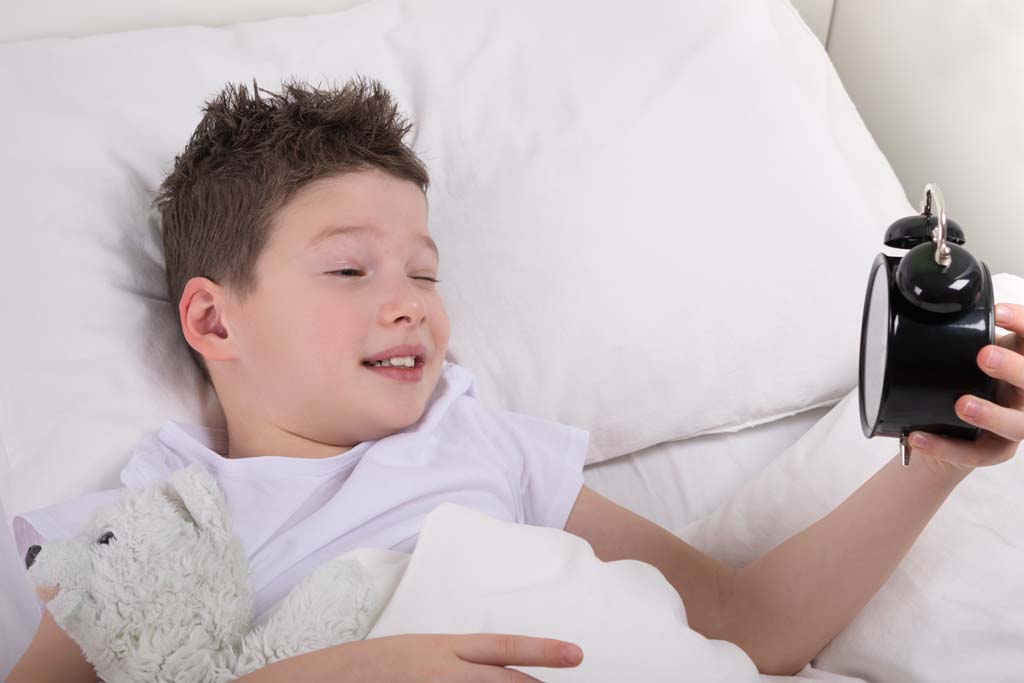 A new study indicates that delaying school start times results in students getting more sleep, and feeling better, even within societies where trading sleep for academic success is common.

The study aimed to investigate the short and longer-term impact of a 45-min delay in school start time on sleep and well-being of adolescents.

Singapore leads the world in the Programme for International Student Assessment rankings, which measures international scholastic performance in 15-year-olds. East Asian students live in a culture where the importance of academic success is deeply ingrained. This drive for academic achievement leads to high attainment in international academic assessments but has contributed to the curtailment of nocturnal sleep on school nights to well below the recommended eight to ten hours of sleep, putting students at risk of cognitive and psychological problems.

In July 2016, an all-girls’ secondary school in Singapore delayed its start time from 7:30 to 8:15 in the morning by restructuring its schedule in a way that did not delay school end time. Researchers investigated the impact of starting school later on students’ sleep and well-being one month and nine months after the institution of the start time delay.

The sample consisted of 375 students in grades 7-10 from an all-girls’ secondary school in Singapore that delayed its start time from 7:30 to 08:15 in the morning. Researchers assessed self-reports of sleep timing, sleepiness, and well-being (depressive symptoms and mood) before the school made the schedule change, and evaluated the measures again at approximately one and nine months after the delay. Total sleep time was also measured.

“Our work extends the empirical evidence collected by colleagues in the West and argues strongly for disruption in practice and attitudes surrounding sleep and wellbeing in societies where these are believed to hinder rather than enhance societal advancement.”

Later school start times have been shown to benefit sleep and well-being in Western cultures, but its usefulness in East Asian countries where students are driven to trade sleep for academic success is less clear. Most studies on later school start times have been conducted in Western countries. These studies have consistently found increased sleep duration on school nights with later start times. However, the sustainability of sleep habit improvement is not as well characterized.

Researchers wondered if students would continue to get more sleep if schools delayed their start times; the gains may not be sustained if students gradually delay their bedtime. For example, one study found that the sleep gained two months after a 45-minute delay in start time was no longer observed after another seven months, due to a delay in the sleep period. Delaying bedtimes, partly as a result of mounting academic workload, is a pressing reality in most East Asian households. Compounding this erosion of sleep time in East Asian societies is the resistance to changing the already packed school schedules. For example, recently, a secondary school in Hong Kong agreed to delay its start time, but only by 15 minutes. Nevertheless, a four-minute increase in time-in-bed on weekdays was found, together with gains in mental health, prosocial behavior and better attentiveness in class and peer relationships.

The results of this new study indicate that after one month, bedtimes on school nights were delayed by nine minutes while the times students got up were delayed by about 32 minutes, resulting in an increase in time in bed of 23 minutes.

Participants also reported lower levels of subjective sleepiness and improvement in well-being at both follow-ups. Notably, greater increase in sleep duration on school nights was associated with greater improvement in alertness and well-being.

Critically, with a later school start time the percentage of participants whose self-reported sleeping time on weekdays was at least 8 hours — the amount generally considered appropriate for adolescents — increased, from 6.9% to 16%. Total sleep time increased by about 10 minutes at the nine-month follow-up.

“Starting school later in East Asia is feasible and can have sustained benefits,” said the paper’s lead researcher, Michael Chee. “Our work extends the empirical evidence collected by colleagues in the West and argues strongly for disruption in practice and attitudes surrounding sleep and wellbeing in societies where these are believed to hinder rather than enhance societal advancement.”