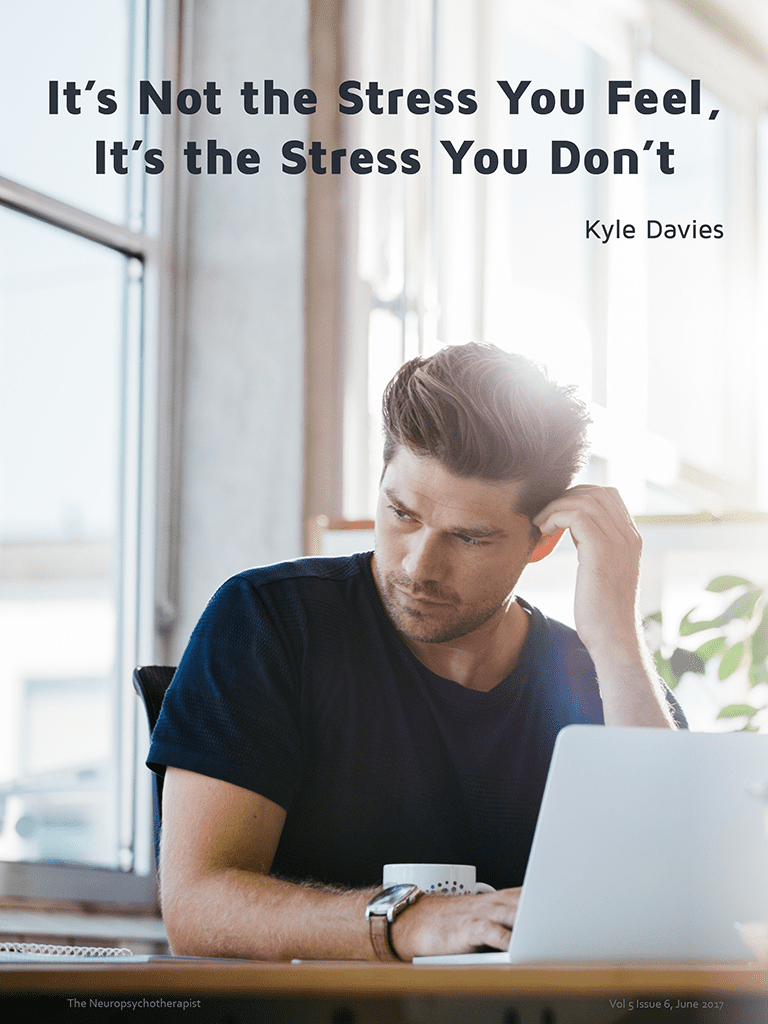 No-one can live without experiencing some type of stress all the time. You may think that only serious disease or intensive physical or mental injury can cause stress. This is false. Crossing a busy intersection, exposure to a draft, or even sheer joy are enough to activate the body’s stress mechanism to some extent.
. . . The same stress which makes one person sick can be an invigorating experience for another.

It was just after 7:30, on what was a pretty regular morning. I’d done my usual routine in the shower of washing everything in exactly the same order, getting out and drying. As I started to fumble with my tie knot my attention was drawn by a piece on the BBC-TV morning news. The presenter was telling me that academics had found a link between anger and heart disease. Anger and heart disease in men—how on earth could that be the case? Anger is an emotion. Emotions are all in the head, in effect, they are imaginary. How on earth could anger be linked to the real physical problem of heart disease?

A few months later, there was another piece on the very same breakfast television BBC program. This time the presenter was telling me that there was a link between anger and heart disease in women. So even though we generally think of men as having “anger problems,” getting all riled up, being destructive and aggressive, we were now being told that women, whose displays of rage seem far less frequent and explosive than men’s, are also experiencing heart disease because of anger. Wow, my mind was blown; national television was going against everything that Western medical practice would teach us. But what did it mean, exactly? How could anger lead to heart disease, and what sort of an impact what this going to have on our healthcare system?

This information is revolutionary, when we think about the implications of it. If anger can somehow cause heart disease that means anger, and therefore all emotions, must actually be more than the “all-in the-mind” notion we have been led to believe. “It’s not clear what causes this effect. It may be linked to the physiological changes that anger causes to our bodies, but more research is needed to explore the biology behind this,” said Doireann Maddock, Senior Cardiac Nurse at the British Heart Foundation (BHF). Okay, so more research is needed. But more importantly mainstream science is now open to the idea that stress and disease are intimately connected.

Six months after this monumental revelation, I found myself reading an article in The Observer newspaper, a highly regarded London broadsheet. While sipping my steaming hot mug of black coffee, I came across a piece entitled, “Cancer Warning For Stressed-Out Men”. I put my coffee down on the table and stared intently at the page. “Prostate cancer kills one man in Britain every hour and 10,000 each year—the equivalent of a Lockerbie air disaster every week.” Professor Roger Kirby, chair of Prostate Cancer UK, a cancer research charity, said that many of these cases could be related to intolerable stress at work.

“We have to get men to look more to their feminine side,” said Kirby, who is also editor of the journal Prostate Cancer and Prostatic Diseases and founder of The Prostate Centre in London. “They need to think and act more like women; share their emotions and focus on home and family, and less on pure career success. The changes that induce cells to become cancerous are unknown, but lifestyle is critical and men are creating the lifestyles that are killing them,” said Kirby. I was certainly cognizant that research in the area was scant, and there would be those who would suggest that the views expressed by Professor Kirby were a little controversial. However, lack of sufficient data doesn’t mean something isn’t potentially true, it just means no one has bothered to research it yet, and there must be reasons for that.

This article transfixed me. It was 2007 and I had been working with sufferers of chronic health challenges for more than five years and it had felt like a complete uphill battle trying to get some recognition that mind and body were linked, that stress, emotion, and health were intimately connected. I was constantly told by people that the work I was doing couldn’t be relevant because the conditions I worked with were “real” physical conditions, not psychological problems.

While the notion put forward by Professor Kirby that men should be more like women seems reasonable at one level, it struck me as being so oversimplified that it might damage the profound suggestion that stress could cause cancer. Uncovering data that might suggest that stress could cause cancer would most likely be the outcome of a highly complex and sophisticated process. Ideally what follows is a solution that is equally as rigorous and comprehensive. The solution wouldn’t need to be complex; however, the suggestions of sharing emotions and focusing on home and family are too vague and woolly. First we need to understand stress and emotions and how they connect to health and disease.

This has been an excerpt from It’s Not the Stress You Feel, It’s the Stress You Don’t by Kyle Davies. To download the full article, and more excellent material for the psychotherapist, please subscribe to our monthly magazine.

Wonderful items from you, man. I’ve be mindful your stuff prior to and
you are simply extremely wonderful. I really like what you’ve bought right here, certainly like what
you are stating and the way in which through which
you assert it. You make it enjoyable and you still care for to keep it wise.

I can not wait to learn far more from you. That is actually a great website.