How can it be that a seemingly depressed person, one who shows clinical symptoms, doesn’t respond to antidepressants or psychotherapy? Perhaps because the root of his anguish is something else.

Several years ago a patient named Brian was referred to me. He had suffered for years from an intractable depression for which he had been hospitalized. He had been through cognitive behavioral therapy, psychoanalytic psychotherapy, supportive therapy and dialectical behavioral therapy. He had tried several medication “cocktails,” each with a litany of side effects that made them virtually intolerable. They had been ineffective anyway. The next step was electroshock therapy, which Brian did not want.

When he first came to see me, Brian was practically in a comatose state. He could barely bring himself to speak, and his voice, when I managed to get anything out of him, was meek. His body was rigid, his facial expression blank. He couldn’t look me in the eye. Yes, he seemed extremely depressed. But knowing he had been treated for depression for years without good results, I wondered about the diagnosis.

Even though we were together in my office, I was struck by a strong sense that Brian was elsewhere. I asked him what percentage of him was with me in the room. 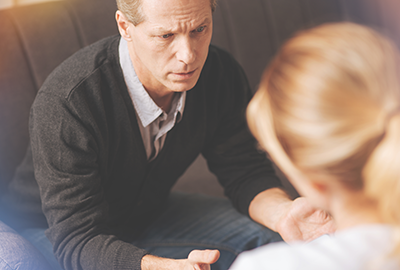 “Would you like me to help you get you a little more relaxed?” I asked.

He looked a bit surprised but said yes, so I grabbed a small cushion off my sofa and tossed it to him. He caught it and smiled.

“Toss it back,” I playfully commanded. And he did. His body loosened perceptibly and we talked some more. When I asked, after several minutes of tossing the cushion back and forth, what percentage of him was now with me, he responded with another smile. “I am all here now,” he said.

That’s how it went for several months: We played catch while we talked. Playing catch got him moving, relaxed him, established a connection between us — and was fun.

During our initial sessions I developed a sense of what it was like to grow up in Brian’s home. Based on what he told me, I decided to treat him as a survivor of childhood neglect — a form of trauma. Even when two parents live under the same roof and provide the basics of care like food, shelter and physical safety, as Brian’s parents had, the child can be neglected if the parents do not bond emotionally with him.

This I suspected was the case with Brian. He told me that his parents were both “preoccupied” with the heavy burdens of a family that “could barely make ends meet.” While his mother never called herself an alcoholic, she drank to excess, and his father was often emotionally checked out as well. Brian had few memories of being held, comforted, played with or asked how we was doing.

One innate response to this type of environment is for the child to develop chronic shame. He interprets his distress, which is caused by his emotional aloneness, as a personal flaw. He blames himself for what he is feeling and concludes that there must be something wrong with him. This all happens unconsciously. For the child, shaming himself is less terrifying than accepting that his caregivers can’t be counted on for comfort or connection.

To understand Brian’s type of shame, it helps to know that there are basically two categories of emotions. There are core emotions, like anger, joy and sadness, which when experienced viscerally lead to a sense of relief and clarity (even if they are initially unpleasant). And there are inhibitory emotions, like shame, guilt and anxiety, which serve to block you from experiencing core emotions.

Not all inhibition is bad, of course. But in the case of chronic shame like Brian’s, the child’s emotional expression becomes impaired. Children with too much shame grow up to be adults who can no longer sense their inner experiences. They learn not to feel, and they lose the ability to use their emotions as a compass for living. Somehow they need to recover themselves.

I specialize in something called accelerated experiential dynamic psychotherapy. After being trained as a psychoanalyst, I switched to this approach because it seemed to heal patients who hadn’t gotten relief after years of traditional talk therapy.

Many psychotherapies focus on the content of the stories that people tell about themselves, looking for insights that can be used to fix what’s wrong. By contrast, accelerated experiential dynamic psychotherapy focuses on fostering awareness of the emotional life of the patient as it unfolds in real time in front of the therapist. The therapist is actively affirming, emotionally engaged and supportive. She encourages the patient to attend not only to his thoughts and emotions but also to the physical experience of those thoughts and emotions.

In the first year of our work together, during almost every session, Brian would plummet into states that I can describe only as wordless suffering. I tried during those fugues to bring him back to the present moment with firm commands. “Plant your feet on the floor,” I’d say. “Press your feet against the ground and sense the earth underneath you.” Sometimes I asked him to name three colors in my office or three sounds he could hear. Sometimes he was too emotionally out of reach to comply. In those instances, I just sat with him in his distress and let him know that I was there with him and wasn’t going anywhere.

In Brian’s second year of treatment, he became more stable. This allowed us to work with his emotions. When I noticed tears in his eyes, for example, I would encourage him to inhabit a stance of curiosity and openness to whatever he was feeling. This is how a person reacquaints himself with his feelings: to name them; to learn how they feel in his body; to sense what response the feeling is calling for; and in the case of a grief like Brian’s, to learn to let himself cry until the crying stops naturally (which it will, contrary to a belief common among traumatized people) and he feels a sense of visceral relief.

Brian and I worked together twice a week for four years. One by one, he learned to name his feelings and to listen to them with care and compassion. When he did feel the urge to “squash himself down,” he knew what was happening and how to manage the experience. He learned to express his feelings and assert his needs and wants. He took risks, made more friends and engaged in meaningful work. There were no more hospitalizations. His shame dissipated. Most important, he felt alive again.

Hilary Jacobs Hendel is a psychotherapist in private practice in New York and a clinical supervisor with the AEDP Institute. You can find out more about Hilary and her work at hilaryjacobshendel.com 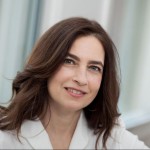 this is a great story of healing. and it provides such a dramatic example of the importance of healthy emotional development. very interesting. thanks