Is There a Simple Way to Use Nutrition Knowledge to Decrease Onset of Psychosis?

We have written in the past that nutrient supplementation has not only been accepted in the realm of physical health in the past, but it has actually been endorsed by reputable sources such as the Journal of the American Medical Association editors who published the Fairfield and Fletcher articles 11 years ago recommending that all adults take a multivitamin to reduce their risk of cardiovascular disease, cancer, and osteoporosis (note that this is completely inconsistent with very recent studies reported in the Annals of Internal Medicine — but that’s just the way science works, using different nutrients and different methodologies, coming up with discrepant findings, until facts finally emerge).

But readers of our blogs are well-aware by now that the brain is the most metabolically important organ of the body, using up vast amounts of nutrients compared to other organs. So why don’t we have mental health journals telling us that the key to prevention of mental disorders is nutrient supplementation?

The simple answer is that mental health research lags behind — we still don’t have enough information on nutrition’s role for prevention. A more complicated answer involves the enormous time lag between scientific findings and translation into clinical practice, something called Knowledge Translation or KT. Beginning with this blog, we are going to review some studies which we think should be influencing clinical practice, but . . . KT is still lagging behind.

Paul Amminger was a familiar name to those following the research on nutrition and mental health long before the ‘blockbuster’ randomized controlled trial (RCT) described below. Working both in Australia (Melbourne) and Austria, Amminger and his colleagues (e.g., Patrick McGorry) had demonstrated that omega-3 fatty acids showed some benefit in psychosis, and appeared to do so in part by increasing availability of glutathione (the master antioxidant that we all want to have more of). 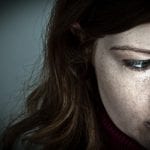 In a 2010 issue of Archives of General Psychiatry, Amminger and his colleagues published an important RCT in which participants aged 13 – 25 were selected because they were at high risk of psychosis, based on a conventional set of criteria that include family history and early symptoms. Eighty-one of these young people were randomized to receive either a) 1.2 g/day of omega-3 fatty acids, or b) placebo. Treatment for all 81 youth lasted only 12 weeks. The researchers then waited for 12 months to determine who developed a clinically confirmed episode of psychosis. The results were very powerful: 4.9% of those who had 12 weeks exposure to fish oil and 27.5% of those who received placebo for 12 weeks advanced to psychosis. This five-fold difference was examined in various ways, and it was shown that the omega-3 use was associated with decreases in both positive and negative symptoms, as well as overall improved functioning.

Malfunctions in the metabolic pathways of fatty acids had previously been linked to the etiology of psychosis. But prior clinical applications had all employed treatment after diagnosis. The implications of the 2010 study are stunning for prevention: in this fully blinded study, 3 months of 1.2 g/day cut risk by 80% for a full year after intervention.

So the question is: How many Early Psychosis or First Episode Psychosis Clinics in the world are telling their patients to go buy fish oil?  Bonnie has been asking this question in lectures recently, and she has not yet heard of a single one. If any reader knows of one, please write us. And if any reader is affiliated with such a clinic, we hope they will try to influence practice.

By the way, Amminger and colleagues have published many other papers, especially in relationship to mechanisms. Here are 1-2 sentence summaries of a few of the interesting findings:

In the 81 young people who participated in the Amminger et al. 2010 study, outcome data were examined to determine at which time point the omega-3s began to have therapeutic benefit. It is interesting to those of us studying mostly vitamins and minerals (which act very quickly) that the omega-3s took several weeks, a delayed onset that the authors said seemed “comparable to that of antipsychotics and antidepressants” (Mossaheb et al., 2013).

Again, in those same 81 people who were in the treatment RCT, it was found that the omega-3 treatment affected the enzymes that regulate phospholipid metabolism at an intracellular level (Smesny et al., 2013).

Finally, and perhaps of most interest to some of our readers, an RCT was recently reported that compared 3 different treatments in 115 people at ultra-high risk for the development of psychosis. The 3 treatments, all of which lasted 12 months were: cognitive therapy + risperidone, cognitive therapy + placebo, and supportive therapy + placebo. When transition to a full-blown psychosis was employed as the outcome measure, there was no difference across groups, and to quote the authors: the “essentially equivalent transition rates in all 3 groups fail to provide support for the first-line use of antipsychotic medications in patients at ultra-high risk of psychosis, and an initial approach with supportive therapy is likely to be effective and carries fewer risks (italics added).”

So what is the KT message from this small group of studies? As stated above, if anyone reading this is affiliated with an early psychosis clinic, recommend that everyone at risk begin taking at least a gram of omega-3s per day and consider implementing cognitive and supportive therapy prior to the initiation of medications.

Mossaheb N., et al., Effect of omega-3 fatty acids for indicated prevention of young patients at risk for psychosis: When do they begin to be effective? Schizophr Res, 2013;148:163-7.