Is the low-serotonin theory of depression wrong?

Is the low-serotonin theory of depression wrong?

The theory that depression is highly correlated with low levels of serotonin has dominated our approach to treating depression with SSRIs (selective serotonin re-uptake inhibitors) to maintain higher levels of serotonin in the synaptic cleft (rather than having the neurotransmitter re-absorbed into the post-synaptic cell). A new perspective has been proposed by authors of a recent paper published in the Neuroscience & Biobehavioral Reviews in January 2015. The paper, “Is serotonin and upper or a downer? The evolution of the serotonergic system and its role in depression and the antidepressant response”, makes three major claims about the role of serotonin in depression: 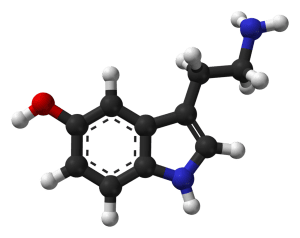 1) Serotonin is elevated in states of depression; 2) The serotonergic system is an energy regulator and SSRIs disrupt energy homeostasis, often worsening symptoms of depression; 3) Symptom reduction is not achieved directly by the action of SSRIs but rather the brain’s compensatory response to restore homeostasis.

Lead author Paul Andrews from the department of Psychology, Neuroscience and Behavior at McMaster University in Ontario, says, “It’s time we rethink what we are doing. We are taking people who are suffering from the most common forms of depression, and instead of helping them, it appears we are putting an obstacle in their path to recovery.” Is it possible that the “therapeutic delay” of SSRIs is actually the result of our brain overcoming the effects of the antidepressant medication and working to bring homeostasis to the system? “We’ve seen that people report feeling worse, not better, for their first two weeks on anti-depressants,” Andrews says. “This could explain why.”

Early research suggested that monoamines (serotonin, norepinephrine, and dopamine) were implicated in depressive states and that by preventing their breakdown by enzymes or blocking the re-uptake, depressive states could be alleviated. This theory seemed to be backed up by observations that the drug reserpine, which depletes monoamines, seemed to increase depressive symptoms. Thus was born the theory that depression was caused by the reduction of monoamine neurotransmission, and later studies suggested that low serotonin was the main culprit. Researchers then looked at how to selectively increase synaptic serotonin levels which lead to the creation of the selective serotonin reuptake inhibitors (SSRIs).

There are, however, some problems with the low serotonin hypothesis that Andrews et al explain in their paper:

The serotonergic system is involved in a vast number of functions, possibly across every major system, organ, and metabolic process. Andrews et al point out the importance of serotonin in key areas of energy regulation and the need for homeostatic equilibrium of serotonin levels when there are metabolically expensive processes going on. When SSRIs are unnaturally upsetting the balance of extracellular serotonin, the brain has to work to elicit a compensatory response in an attempt to restore energy homeostasis. If the authors of this paper are correct, SSRIs may be having an opposing effect on depressive symptoms during acute and chronic treatment.

It is possible that serotonin is not the key to depression, and may be quite a distal factor in the causal pathway for depression. Serotonin is likely an important part of regulating energetically expensive states like depression (i.e. depressed states being high serotonin phenomena), but the solution for depression is probably not a simple matter of artificially tipping the balance of serotonin across the entire system.

New study throws into question long-held belief about depression – you can find the abstract here – http://pubs.acs.org/doi/abs/10.1021/cn500096g

I take Seratonnin not for depression at all i am not a depressed person but as soon as my levels of seratonnin drop i start to shake and mostly my head which causes me embarrassment and i get nauseas from it’s such an awful thing but i visited a phsycologist and he said it wasnt anything to do with depression but my age and as the i go through life and my levels drop i will experience this, does this sound correct i now take a Solal form of it in their 5-HTP but i can see a difference.

Thats interesting Cheryl and probably fits in with the understanding that serotonin mediates energy regulation.

Exactly! There are many things about the brain and behaviour that we are totally wrong with.

What does this mean for those who have successfully taken antidepressants, such as Prozac, for many years to control depression? I have been treated for depression for many years. I do not do well when I stop the medication. About 30 days following discontinuation I experience increased anxiety, lability, sadness, lack of motivation, and hopelessness. Am I harming myself with the medication? It seems to be what keeps me going. I am a highly educated and self-aware person who works to decrease my depression and behaviors associated with depression. I do have a history of depression and anxiety in my family.

Very good question Connie. Maybe it means a more sophisticated understanding of the mechanisms behind depression rather than focusing on a single neurotransmitter. What about neural networks themselves? The medical model of chemical treatment for mental illness does not, in my opinion, give enough consideration to the neural networks (especially the networks we consider “motivational schemas”) role in the depressed state. When you are on an SSRI, in light of this study we are talking about, it seems your system has spent a lot of energy adjusting to the abundance of serotonin in the system and worked to bring about homeostasis. When you come off the medication homeostasis is again thrown off balance (you don’t feel good) and your system would again, have to work to bring back a balance. I am by no means an expert in this area—just working out the logic in light of these recent findings—but think there must be much more to depression, and it’s treatment, than increasing serotonin.

Let’s also remember the half life of many of these medications are in the ball park of 72-96 hours and sometimes as with seroquel even higher. This is why when you stop, even gradually, withdrawal symptoms occur. They did a study on inmates with seroquel and found a majority who go through withdrawal suicidal and seeking the drug. I went off all meds one year ago and take b vitamins, omega, chia seed, d3, cut refined salts and sugars as well as over processed ailments and now bicycle 40miles a day and feel absolutely great. Not for everyone, but I am much more at balance and haven’t been manic or depressed since.

You might want to correct this mistake in your first paragraph:
“Is serotonin and upper of a downer?”

Cheryl, you take a serotonin precursor, not serotonin.

If the above is true, why does supplementing with serotonin precursors help many people QUICKLY (within an hour or two)?

Simple, read up on placebo effect and that should explain it.

I have very mixed reactions to this article. Depression is a term that is tossed around quite a bit yet do we all agree on an operational definition of depression? There is a huge difference between feeling sad and what some people describe as the dark downward-spiraling tunnel that chronically incapacitates. The more one describes anti-depressants as placebos, the more I tend to think the person does not understand what depression is. Would one ever consider insulin a placebo? Or chemotherapy? Of course not. But antidepressants are? Our understanding of the nervous system is still quite limited, and I anticipate that decades from now scientists will wonder at our primitive understanding of our brain. That is how science works: Successive approximations in understanding. Also, I am curious about the medical definition of placebo that includes that they have side effects. If a sugar pill taken with water is substituted in an experiment, is having to urinate considered a side effect? Or a minor bump in blood-sugar level?