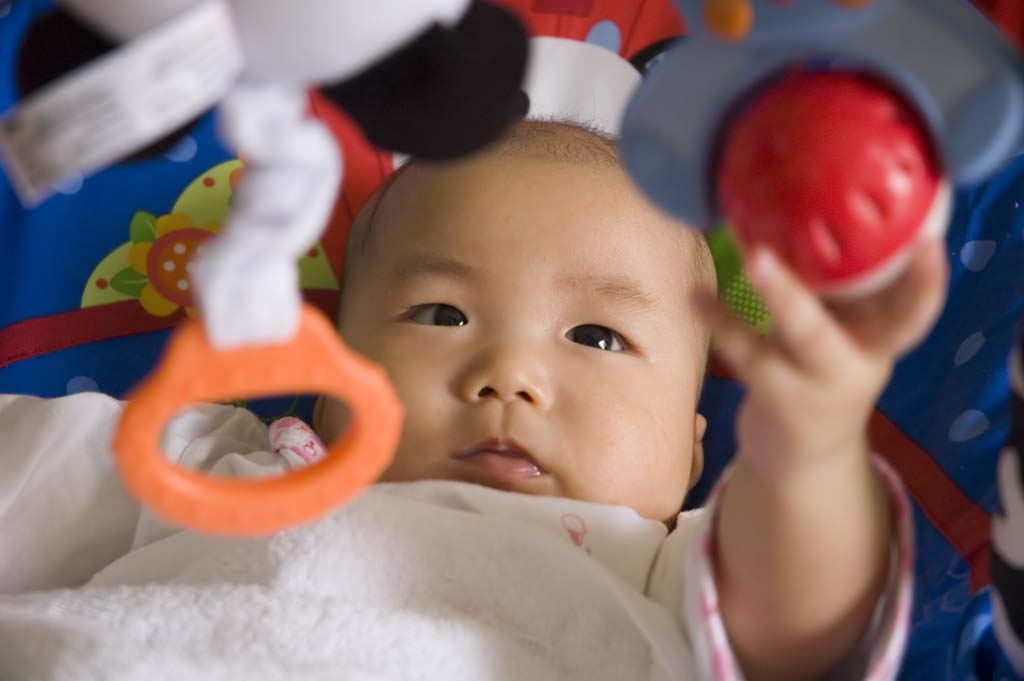 Three-month-old babies cannot sit up or roll over, yet they are already capable of learning patterns from simply looking at the world around them, according to a recent Northwestern University study published in PLOS One.

For the first time, the researchers show that 3- and 4-month-old infants can successfully detect visual patterns and generalize them to new sequences.

Throughout the animal kingdom, being able to detect not only objects and events, but also the relations among them, is key to survival. Among humans, this capacity is exceptionally abstract. When we learn a rule or pattern in one domain, such as an alternating pattern of lights, we readily abstract this pattern and apply it to another domain — for example, an alternating pattern of sounds.

This ability, known as “abstract rule learning,” is a signature of human perception and cognition. What we do not know is how early it develops.

“If you present infants with the stimuli in a more appropriate way for the visual system, they can learn abstract rules visually, just as they can from speech.”

New research from Sandra Waxman, the Louis W. Menk Chair in Psychology in the Weinberg College of Arts and Sciences at Northwestern, and her Northwestern colleagues, former doctoral student Brock Ferguson, and Steven Franconeri, professor of psychology, solves this puzzle.

“If you present infants with the stimuli in a more appropriate way for the visual system, they can learn abstract rules visually, just as they can from speech,” Ferguson said.

Then, the researchers presented infants with two new sequences with new kinds of dogs that the infants had not yet seen. The elements in each sequence were identical — only the pattern in which they were presented differed. One sequence followed the same ABA pattern (terrier, setter, terrier); the other followed a new AAB pattern (terrier, terrier, setter). Measuring how long the infants looked at each of these two sequences allowed the researchers to gauge their attention.

Although the elements in the AAB and ABA sequences were identical, infants noticed the different patterns. This documents infants’ ability to learn abstract rules visually.

The infants’ success in this experiment reflects something key about the visual system, Waxman explained. Unlike all prior experiments, infants in this study could see all three images together on the screen. The researchers note that the auditory system most effectively abstracts patterns from sequences that unfold over time (like listening to language or music), while the visual system is better at extracting patterns from sequences that are structured in space.

“Auditory learning is able to get patterns like ABB or ABA, just by hearing them in a sequence,” said Waxman, a faculty fellow in the University’s Institute for Policy Research. “The visual system needs to take a moment to see all the things together.”

The study results indicate that infants are learning such abstract rules through seeing from a very early age.

“The basic capacity of abstract rule learning has its origins in infancy,” Waxman said. “Babies are doing really powerful abstraction from just their observation of the world.”