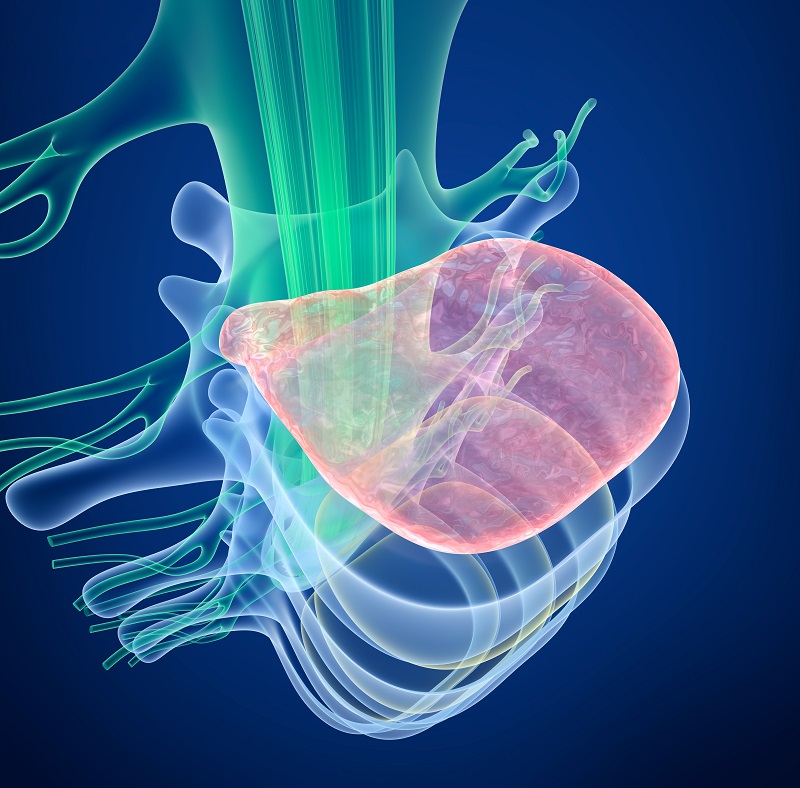 A research participant at the University of Louisville with a complete spinal cord injury, who had lost motor function below the level of the injury, has regained the ability to move his legs voluntarily and stand six years after his injury.

A study published today in Scientific Reports describes the recovery of motor function in a research participant who previously had received long-term activity-based training along with spinal cord epidural stimulation (scES). In the article, senior author Susan Harkema, Ph.D., professor and associate director of the Kentucky Spinal Cord Injury Research Center (KSCIRC) at the University of Louisville, and her colleagues, report that over the course of 34.5 months following the original training, the participant recovered substantial voluntary lower-limb motor control and the ability to stand independently without the use of scES.

“Activity-dependent plasticity can re-establish voluntary control of movement and standing after complete paralysis in humans even years after injury,” Harkema said. “This should open up new opportunities for recovery-based rehabilitation as an agent for recovery, not just learning how to function with compensatory strategies, even for those with the most severe injuries.”

Previous research at KSCIRC involving four participants with chronic clinically motor-complete spinal cord injury found that activity-based training with the use of scES – electrical signals delivered to motor neurons in the spine by an implanted device – allowed the participants to stand and to perform relatively fine voluntary lower limb movements when the scES device was activated. Andrew Meas was one of the four participants in that study.

The original training protocol included daily one-hour activity-based training sessions with the aid of epidural stimulation. During these sessions, the participant trained on standing activity for several months, followed by several months of training on stepping.

After completing a nine-month training program in the lab, Meas continued activity-based stand training at home. After a year of independent training, he returned to the lab to train for three months in a revised activity-based training schedule. The revised training called for two daily one-hour training sessions and included both stand and step training each day, all with the aid of epidural stimulation.

“We observed that in participants we have worked with so far, eight months of activity-based training with stimulation did not lead to any improvement without stimulation,” said Enrico Rejc, Ph.D., assistant professor in the UofL Department of Neurological Surgery and the article’s first author. “This participant kept training at home and, after several months, he came back to the lab and we tried a different training protocol. After a couple of months of training with the new protocol, we surprisingly observed that he was able to stand without any stimulation – with two legs and with one leg – using only his hands for balance control.”

The authors suggest that several mechanisms may be responsible for Meas’s recovery of mobility, including the sprouting of axons from above the point of injury into areas below the lesion. Another possible explanation may be that the activity-based training with scES promoted remodelling of connections among neurons in the spinal cord.

In addition, they suggest that the participant’s own effort at voluntary movement may have been a factor in the recovery. During the revised training, Meas was attentive and focused on the trained motor task, actively attempting to contribute to the motor output.

“The voluntary component of him trying constantly with spinal stimulation on and while performing motor tasks can lead to unexpected recovery,” Rejc said.

“The human nervous system can recover from severe spinal cord injury even years after injury. In this case, he was implanted with the stimulator four years after his injury. We saw motor recovery two years later—so six years after injury,” Rejc said. “It is commonly believed that one year from injury, you are classified as chronic and it’s likely that you will not improve any more. This data is proof of principle that the human nervous system has much greater recovery capabilities than expected.”

Funding for the research in Harkema’s lab is supported by the Christopher & Dana Reeve Foundation, the Leona M. and Harry B. Helmsley Charitable Trust, Medtronic and the National Institutes of Health.

“We are enormously excited about this development in Dr. Harkema’s work, as it not only validates the promise of effective treatments for spinal cord injury, but further demonstrates the spinal cord’s ability to recover after severe trauma,” said Peter Wilderotter, president & CEO of the Christopher & Dana Reeve Foundation. “As we continue to support and fund Dr. Harkema’s research, it is awe-inspiring to see another breakthrough on the path to cures for paralysis, and how much this particular treatment has improved quality of life and health for Drew.”