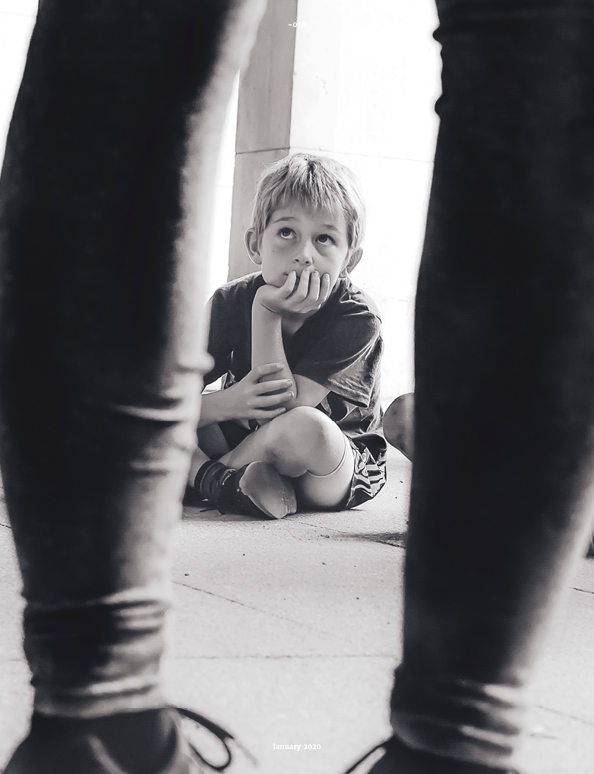 Curiosity is something that has excited me my whole life. I am sure a lot of people share my fascination and enthusiasm for curiosity, but what does it really mean to be curious? It’s surprising how many fascinating and wonderful things in life are taken for granted without being clearly understood. Recently I have been asking people what they think curiosity is. The most frequent answer is “I am curious about things that I don’t know” or “I’m curious about things I want to know more about”. These answers, however, aren’t saying much about what curiosity is, just what people are curious about. When I ask, “So, what do you mean by being curious about what you don’t know?” the most frequent answer is, “Well… you know… curious…”.

I find there are other words that people use without a clear understanding of what they mean. Words like love, happy, and hope are used to express the most meaningful needs, wants and desires of life. Some people might well have a strong personal definition, but not one that we all share and potentially one that creates argument. People have been desperately seeking happiness, often without any real idea of what it is they are looking for. Clearly, many people think that curiosity is all about being interested in information unknown, but it is so much more than that. That is just one aspect of one facet. I suggest that there is so much more.

I was a speaker at the World Congress of Psychotherapy in some years ago. Over early morning coffee a colleague asked what I was working on. I briefly described my thoughts on curiosity and she blithely dismissed it with, “Oh, I think everyone knows about curiosity. I am always curious about my clients.” Not very encouraging. We soon moved in for the first keynote lecture and a fascinating professor began by declaring that one of the most important things in therapy is curiosity and the trouble is, no-one really knows what it means and how to use it properly. My mind went a little giddy and then I did a quick search around the audience for my colleague, but I was unable to have the satisfaction of an “I told you so” look. I’m glad for that because, as I now know, that sort of attitude is one of the things that turns curiosity off.
The speech was quite wonderful, but I realized that it didn’t touch on half the things that I was thinking. This inspired me to continue researching and to develop more depth and clarity.

When a client enters the room, they are in a “state” (Klein, 2015). The concept of a state has a wide scope of research and discussion. We might initially recognize it as a depressed state or perhaps an anxious state or a traumatized state or other types or combinations of states. This “state” permeates their system on a number of levels: in their body – captured at a cellular level, in visceral conditions, in movement and action capacities; in the brain – determining the way in which energy and information flows through the neural and related tissue; and as a mindset – that emergent quality of their biology that becomes the process that regulates the ongoing flow of energy and information throughout the body and especially the brain, which, collectively, is experienced as their overall state of being. This orients how they function, how they feel, how they think, what they believe, what they are able to want and the limitations and constraints of what is possible for them to be at this time.

What clients want from therapy is some form of beneficial change. The Catch-22 of therapy is that it is very difficult to create beneficial change from within a negative state. You can’t make a depressed person cheer up or make an anxious person calm down or tell a traumatized person not to worry about it. Before you can even start it is vital to create a safe environment and develop a trusting relationship. That is part of the process we call “rapport”. This, however, only creates a starting point that needs to be patiently achieved in concert with the client. It is the foundation of what all therapists do and how all therapy begins (Leach, 2005).

To move toward beneficial change the client needs to be able to explore with some expectation that the future will be ok. They need to be less afraid and less likely to be frightened and suffer further trauma. They need to feel a sense of growth and a pleasing feeling when they make that growth, or take a positive step or discover a hidden truth or make an inspired breakthrough. Most therapeutic practices that I know endeavour to bring the client through these processes into healing and wellbeing. A Curiosity Oriented Approach is not a therapy in itself, it is a state of being that shifts the mind, alters the flow of energy and information in the brain, and changes the biology all the way down to gene expression and protein synthesis to produce the biochemical milieu that creates the best conditions for therapeutic progress toward beneficial change.

I suggest that curiosity is the most effective state of mind to enable the client to make a change and reframe negative states. As an example, I received a distressed phone call from a grieving client who had recently lost her husband. She was only in her mid-forties and the death was sudden and tragic. She was inconsolable, tearful, exhausted and desperate. There was nothing that could be said to make the grief less or brighten the starkness of her life. All the things she found unbearable were largely true. She needed to shift her state, but how was this possible in the context of not being able to shift her reality? Neither sympathy nor even empathy had or could have given her any solace. Instead, I utilized a curiosity oriented approach.

I reminded her of something I had said in a recent session, “Your husband hasn’t gone. He’s just changed the way he stays”. I asked her to look around the room and see the places where he used to linger, his favorite chair, the books he liked to read, where she could imagine him staying. She began telling me about the various parts of the room where she could feel his presence. I then asked her if she could think of other parts of the house where she could feel him “stay”. She paused and mentioned a few. Then I suggested that when we finished the call, she could explore the house and find all those places, those things, and those memories as best she could. We were quiet for a little while, maybe 20 or 30 seconds and she discovered she had stopped crying. She also discovered that she did not feel so desolate. Suddenly she said, “Richard, what did you just do? What did you do to me? I am still sad, but I seem ok now. What did you do?” I told her that I had changed the way her brain was flowing and the way her heart was beating and the way she was breathing and, most importantly, what she believed was possible. I saw her again several days later and she told me that she continued to feel ok, to manage. She was ever so grateful.

This is just one example of the sudden change of “experiential state” that happens when curiosity is ignited. There is a deeper neuroscience which is described in a previous issue (March, 2018), but, for now, let us look at what curiosity is and how it makes it possible to create beneficial change in a grieving woman over the phone on a Wednesday afternoon.

The Three Facets of Curiosity

The following is a new conceptual framework to understand and utilize curiosity in therapeutic practice and daily life. 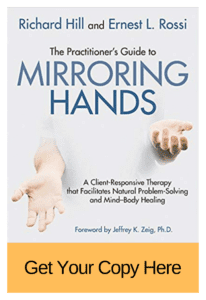 Litman and Jimerson (2004; 2005) examined two aspects of curiosity, both which serve to motivate exploration. They described it as a Curiosity for Deficit – those things that are not known driven by feelings of uncertainty; and Curiosity for Interest – a pleasurable attraction to novelty regardless of whether any information is acquired. This provided a platform on which to build a conclusion that there are three distinct, but indivisible facets of curiosity that I describe as he 3 Facets of Curiosity.

Although these facets can be differentiated for description and discussion, just like the facets of a gemstone, optimal curiosity is a balanced expression of all three. Disproportionate focus on one or other of the facets can produce an imbalanced view that is not a true representation of the gem.

I can appreciate why Littman and Jimerson felt that curiosity is motivated by deficit, but that feels like such negative language. I rename this facet – Curiosity for Information. Their second category is named as interest, but I suggest it is much more than just interest. This facet is more about exploring in an unregulated manner, allowing and even seeking out what is novel, unexpected and serendipitous. This facet is more reasonably named – Curiosity for Play. The final facet, which was not considered by Littman and Jimerson and when discussed in the literature is rarely related to curiosity, is, in my view, the most important and the most relevant for therapeutic practice and for personal development. This facet elevates curiosity beyond just acquiring an answer or playful pleasure by both extending the exploration into the future where something is not just discovered, but created, and turns the curiosity inward to delve into meaning, purpose and value. I first named this Curiosity for Meaning, but it is something more. It explores beyond the specific, as in Curiosity for Information, or the momentary and serendipidous, as in Curiosity for Play, and into the realm of possibility. This facet is best names – Curiosity for Meaning and Possibility.

When all three facets of curiosity are expressed, then all the healing, growth and change benefits that a Curious State of Being is made possible. The effects are felt in all areas of life ranging from our affect and behaviors to our neuro-biochemical milieu and the activity of our genes. These natural self-organising and self-healing capacities are no longer in the distance, but at our fingertips…

Continue reading this article by selecting one of the options below…