If You Believe It, It’s True

Quartz – You get it. Some things just make sense and you know them to be true. Or do you?

A new Ben-Gurion University study, published in Social Psychological and Personality Science, titled “That’s My Truth,” explores the brain’s processes and how opinions can trick cognition. Examining what they call “involuntary opinion-confirmation bias,” psychologists from BGU and The Hebrew University concluded that subjective points of view cause us to process facts more or less rapidly, and thus can hasten or get in the way of accuracy judgments.

In a series of experiments, the researchers asked participants to respond to various opinion statements, such as “The internet has made people more isolated” or “The internet has made people more sociable,” and indicate as quickly as possible if the grammar of the sentence was correct or not. Later, they were asked if they agreed with each statement. 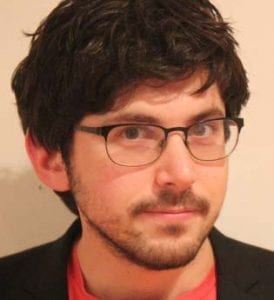 Participants identified statements to be grammatically correct more quickly when they agreed with them, which revealed a rapid, involuntary effect of agreement on cognitive processing.

The psychologists discovered that—unconsciously—the subjects took longer to answer the grammar questions when they disagreed with opinions expressed in the statements.

“In order to make informed decisions, people need to be able to consider the merits and weaknesses of different opinions and adapt to new information,” says Dr. Michael Gilead, head of BGU’s Social Cognitive Neuroscience Laboratory. “This involuntary, ‘reflex-like’ tendency to consider things we already believe in as being true might dampen our ability to think things through in a rational way.”