The hypothalamus (from the Greek words meaning “chamber underneath”) is a structure with a variety of vital functions that links the nervous system to the endocrine system via the pituitary gland, for the regulation and coordination of basic life functions. The hypothalamus, as the name would suggest, is located below the thalamus and above the brainstem. It receives sensory inputs that detect changes in both internal and external environments. It receives direct inputs from smell, taste, visual, and somatosensory systems and also senses blood temperature, blood sugar, mineral levels, and a variety of hormones. The hypothalamus is closely connected to other limbic structures such as the hippocampus, amygdala, and cingulate cortex—thus it is part of the continuum of emotional responsiveness. The medial zone of the hypothalamus is involved in motivated behaviours such as defensive behaviours.

The hypothalamus acts as a control centre for certain metabolic processes and activations of the autonomic nervous system involved in fluid and electrolyte balance, energy metabolism, circadian rhythms, sleep, fatigue, thirst, body temperature, hunger, attachment behaviours (including sexual and reproductive behaviour), to name a few. It synthesises and secretes certain neurohormones that stimulate or inhibit the secretion of pituitary hormones. 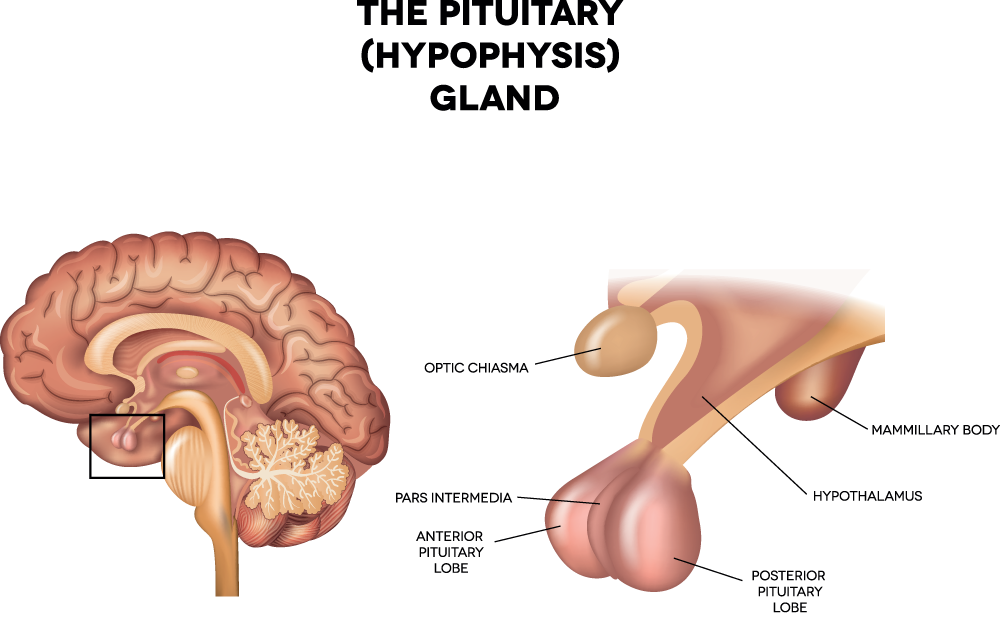 The hypothalamic–pituitary–adrenal (HPA) axis response is the physiological mechanism that activates the body to respond to a threat. When a threat is detected by the amygdala, a physiological response is mediated through the hypothalamus–anterior pituitary gland. A neurohormone—corticotropin-releasing hormone (CRH) that has been manufactured in the paraventricular nucleus of the hypothalamus—triggers the anterior pituitary gland to release adrenocorticotropin hormone (ACTH) into the blood stream. The ACTH then triggers the release of glucocorticoids such as cortisol from the adrenal cortex above the kidneys. Feedback mechanisms, at the hippocampus, hypothalamus and pituitary gland, monitor the rising levels of cortisol in the blood and modulate the HPA axis stress response cascade accordingly.

In the case where someone feels they are dealing with an extreme, uncontrollably stressful situation (such as the severe physical or sexual abuse of a child, or constant life-threatening situations as in war), the feedback mechanisms that dampen the HPA axis stress response cascade can be damaged and escalating glucocorticoid levels continue to rise. The excessive amounts of glucocorticoids can damage activated glutamate synapses and pyramidal cells in the hippocampus (where there are many glucocorticoid receptors). This can then destabilise previously formed neural connections, thus destabilising neural/mental function in the hippocampus. This may be positively correlated with the volume reduction of the hippocampi of individuals who have suffered extreme stress and have been diagnosed with PTSD. 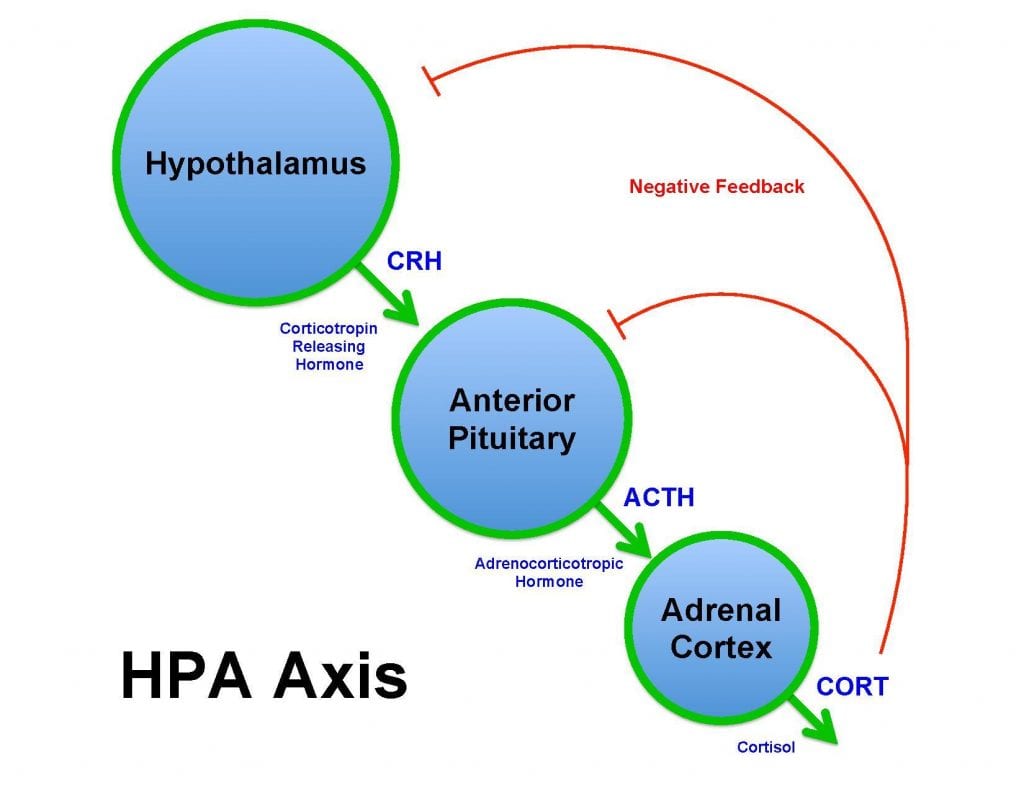