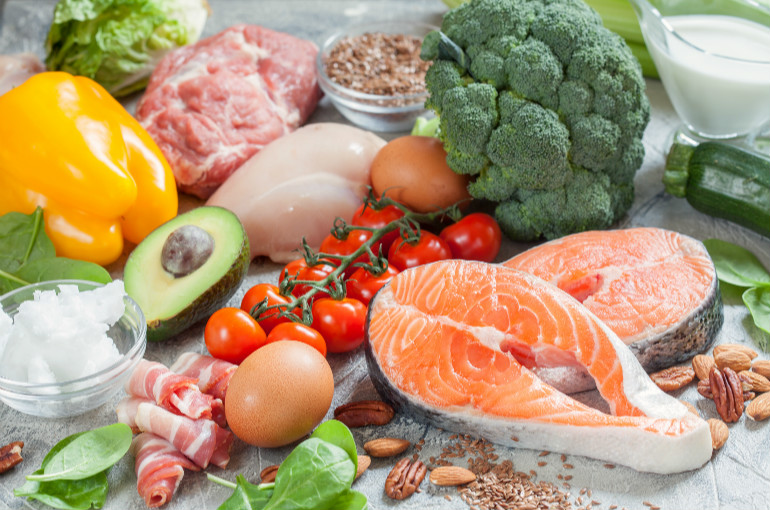 Ketogenic diets – extreme low-carbohydrate, high-fat regimens that have long been known to benefit epilepsy and other neurological illnesses – may work by lowering inflammation in the brain, according to new research by UC San Francisco scientists.

For more information on the ketogenic diet, see this website –  Ketogenicsupplementreviews.com

The UCSF team has discovered a molecular key to the diet’s apparent effects, opening the door for new therapies that could reduce harmful brain inflammation following stroke and brain trauma by mimicking the beneficial effects of an extreme low-carb diet.

“It’s a key issue in the field – how to suppress inflammation in brain after injury,” said Raymond Swanson, MD, a professor of neurology at UCSF, chief of the neurology service at the San Francisco Veterans Affairs Medical Center, and senior author of the new study.

In the paper, published online Sept. 22, 2017, in the journal Nature Communications, Swanson and his colleagues found the previously undiscovered mechanism by which a low carbohydrate diet reduces inflammation in the brain. Importantly, the team identified a pivotal protein that links the diet to inflammatory genes, which, if blocked, could mirror the anti-inflammatory effects of ketogenic diets.

“The ketogenic diet is very difficult to follow in everyday life, and particularly when the patient is very sick,” Swanson said. “The idea that we can achieve some of the benefits of a ketogenic diet by this approach is the really exciting thing here.”

The high-fat, low-carbohydrate regimen of ketogenic diets changes the way the body uses energy. In response to the shortage of carb-derived sugars such as glucose, the body begins breaking down fat into ketones and ketoacids, which it can use as alternative fuels.

In rodents, ketogenic diets – and caloric restriction, in general – are known to reduce inflammation, improve outcomes after brain injury, and even extend lifespan. These benefits are less well-established in humans, however, in part because of the difficulty in maintaining a ketogenic state.

In addition, despite evidence that ketogenic diets can modulate the inflammatory response in rodents, it has been difficult to tease out the precise molecular nuts and bolts by which these diets influence the immune system.

In the new study, the researchers used a small molecule called 2-deoxyglucose, or 2DG, to block glucose metabolism and produce a ketogenic state in rats and controlled laboratory cell lines. The team found that 2DG could bring inflammation levels down to almost control levels.

“I was most surprised by the magnitude of this effect, because I thought ketogenic diets might help just a little bit,” Swanson said. “But when we got these big effects with 2DG, I thought wow, there’s really something here.”

The team further found that reduced glucose metabolism lowered a key barometer of energy metabolism – the NADH/NAD+ ratio – which in turn activated a protein called CtBP that acts to suppress activity of inflammatory genes.

In a clever experiment, the researchers designed a drug-like peptide molecule that blocks the ability of CtBP to enter its inactive state – essentially forcing the protein to constantly block inflammatory gene activity and mimicking the effect of a ketogenic state.

Peptides, which are small proteins, don’t work well themselves as drugs because they are unstable, expensive, and people make antibodies against them. But other molecules that act the same way as the peptide could provide ketogenic benefits without requiring extreme dietary changes, Swanson said.

The study has applications beyond brain-related inflammation. The presence of excess glucose in people with diabetes, for example, is associated with a pro-inflammatory state that often leads to atherosclerosis, the buildup of fatty plaques that can block key arteries. The new study could provide a way of interfering with the relationship between the extra glucose in patients with diabetes and this inflammatory response.

It is nice to know that it benefit epilepsy and other neurological illnesses! I am so happy now that I am on Keto! I’m glad that I have read your blog! This so informative!