How is the Brain’s Neuronal Activity Transformed into Mental States?

How is the Brain’s Neuronal Activity Transformed into Mental States? 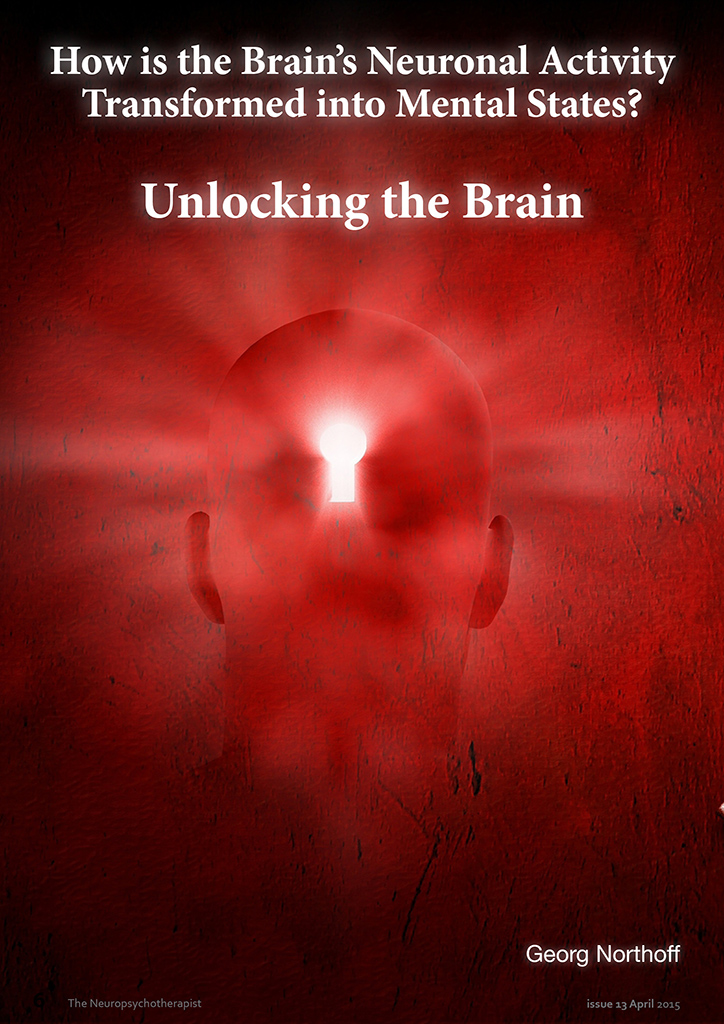 As a philosopher, neuroscientist, and psychiatrist, Georg Northoff has thought a great deal about consciousness. Here he shares the essence of his understanding of how consciousness comes about.

Download this issue from our Academy site:[Content protected for subscribers only]

The Subjective Character of Consciousness

Everybody knows what it is to be conscious. You experience it continuously during the day and even during the night while dreaming. When reading this article, for instance, and the lines of the text, you are conscious of the contents written there; conscious of the words, the sentences, and their meaning. More specifically, you perceive the words and sentences in a conscious mode—perhaps feeling certain emotions such as anger or frustration at a seemingly banal beginning—and you may become conscious of thoughts and cognitions tempting you to contradict the definitions given there, or telling you to move on to something more gripping. Ultimately, even one’s own self (the one who is reading these lines) enters consciousness, yielding what is called “self-consciousness”.

Consciousness is such a basic phenomenon that any definition seems superfluous. Nevertheless, if we want to understand how consciousness is yielded, we need at least to somehow determine what it is we are searching for. Otherwise we remain blind about our direction.

So what is consciousness? Let me first give a tentative definition. The philosopher Thomas Nagel (1974) characterized consciousness as having a certain “what it is like” quality. The concept of “what it is like” describes that experience, and thus consciousness goes along with a particular quality, a phenomenal-qualitative feel known as qualia. For example, if you read a book with a red cover, you experience the redness of the book’s red color in terms of this phenomenal-qualitative feeling: you have a quale of the color red.

At first you may just perceive or observe the red color, you do not experience a particular quality; the red color is purely quantitative. But that changes once you switch from your third-person mode of observation to a first-person mode of experience. Now you experience the color as part of your own self, and you experience the redness of the book’s cover. This is the moment when philosophers like to speak of qualia. Hence, the phenomenal-qualitative feel, the qualia, must be regarded as a hallmark feature of experience and therefore of consciousness.

Consciousness in this sense is subjective and private rather than objective and public. Due to its subjective and private character it cannot be observed by others; nor can we observe it in the brain, where we see nothing but neural activity, not qualia or experience. Observing changes in the brain’s neural activity provides some clues, but what remains unclear is how, why, and when the brain’s neural activity—which is purely nonconscious by itself—is transformed into a conscious state. Hence the old problem: the quest for neuro-mental transformation is here specified and condensed in the question of why and how neuronal states can yield conscious states.

These contents can now be taken as the starting point for neuroscientific investigation. Neuroscience can, for instance, investigate the neuronal differences between contents that are conscious and the ones that remain unconscious. How can we further illustrate this? The unconscious content may still exert an impact on our behavior; for instance, a person (“Lucy”) may avoid going on bridges because as a young child she fell down from a bridge and broke her right leg, but when avoiding bridges as an adult she may not be aware that this event in her past makes her avoid bridges now. However, it is possible for our unconscious to become conscious and so realize that it is because of our earlier experiences (such as falling down from a bridge) that we avoid crossing them. Another example concerns a man (“John”) who, as a result of a motorbike accident, is in a vegetative state (VS); and should he ever emerge from his VS, he is likely to avoid motorbikes at all costs, even if he can’t remember exactly why.

These examples illustrate that the same content (whether a particular event, person, or object) can be presented both in a conscious mode with subjective experience and in an unconscious mode. The neuronal difference between the conscious and the unconscious mode must then be related to consciousness. However, the brain’s sensory functions only allow for the processing of the sensory contents themselves, like the stimuli related to the color red and the chocolate. In contrast, sensory processing by itself does not explain the specifically subjective component, the “what it is like” that is associated with and characterizes the conscious experience of these contents. Hence, an additional neuronal process is needed to account for the neural correlates of consciousness.

What in the brain decides whether a given stimulus is provided access to the various regions and networks? Earlier philosophers like Descartes assumed the mind was central at this point. His philosophical successors, such as the German philosopher Immanuel Kant in the nineteenth century and more recent philosophers in our time like Shawn Gallagher (2000) or Dan Zahavi (2005), assumed a self (or subject) that allows or prevents access of stimuli to the brain. Today we have plenty of evidence to show that there is neither a mind nor a self or subject distinct from the brain: it is the brain itself—and, more specifically, its intrinsic activity—that may provide or prevent environmental stimuli from being properly processed. So, it is the brain’s intrinsic activity that plays a vital role in deciding whether we are conscious or unconscious.

How does the brain’s intrinsic activity do this? Functional connectivity describes the highways in the brain through which the different regions can communicate with each other. These highways seem to be reduced in VS. Variability is about the degree in change of the amplitude of activity and the degree of traffic and how it changes during the day. In VS, the amplitude of activity and hence the degree of traffic no longer change as much, they remain more or less the same across time. This means that the brain’s resting state activity is no longer as variable; and this in turn means that it can no longer react to novel stimuli or adapt its activity level.

Imagine you speak only five words of English. This makes it hard for you to properly respond to other people in a flexible and adaptive way. The same seems to be the case in VS. In this case, however, the variability of the brain’s resting state activity is reduced, which makes it hard if not impossible for the brain’s resting state to react in a flexible way to different stimuli, let alone assign consciousness to them.

Most importantly, decreased variability in midline regions’ resting state activity predicts the degree of self-specific activity observed in these patients—which, in turn, as described above, predicts the level of consciousness, step by step. If the brain’s resting state is no longer variable, it cannot relate the extrinsic stimuli to itself and there is reduced self-specific activity. Further, if the stimuli’s relation to the resting state—that is, if their self-specificity is reduced—they can no longer be assigned or associated with a certain level of consciousness. This is what the correlations tell us. Accordingly, the resting state activity and, especially, its variability can impact the level of consciousness—though apparently not in a direct way but rather in an indirect way as mediated by the degree of stimulus-induced or task-evoked activity.

An Issue of the Heart 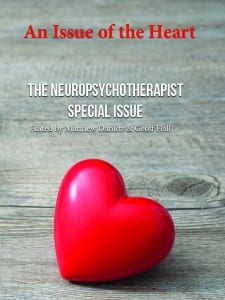 This special issue is all about the heart... A wonder of complexity is the human being—something that continues to be a source of fascination and frustration for those of us who have set ourselves to understand human behaviour. This special issue focuses on the heart, an organ with a profound influence over our mental lives.

We are all familiar with the heart in its classical biological role as pump circulating vital oxygenated blood through the body. But how many are versed in its neural and bioelectromagnetic influence upon our brains? Research has revealed the heart even radiates an influence on those around us via electromgnetic fields. In the past such claims might have been dismissed as mere New Age fancy, but with ever more sophisticated and sensitive instruments, formal studies in recent years have demonstrated that our bodies have amazing multidimensional fields of awareness and influence. These findings about the heart continue to add weight to the argument that in the counselling room it is the therapist’s unconditional positive regard, warmth, and personal coherence more than any technique that make for effective therapy. It makes one wonder what the focus of training should be for new therapists—will courses become more focused on students developing personal coherence, practising attitudes of genuine care and compassion, and understanding what they are radiating to clients from their hearts?

Neuropsychotherapy, and the multidisciplinary integration that it stands for, is part of an important paradigm shift in medicine. Likewise, the focus on matters heart–brain in this issue reflects an important shift of understanding in the broader field of health. The study of any one bodily system—even the central nervous system in the case of psychologists—leaves us in the dark on many levels for many phenomena. It is our hope that you will come to appreciate the wonderful, so often implicit influence the heart has on our emotions and relationships, and that we will become more conscious of being authentic and coherent—for our clients and also for ourselves.