How Does Type of Toy Affect Quantity, Quality of Language in Infant Playtime? 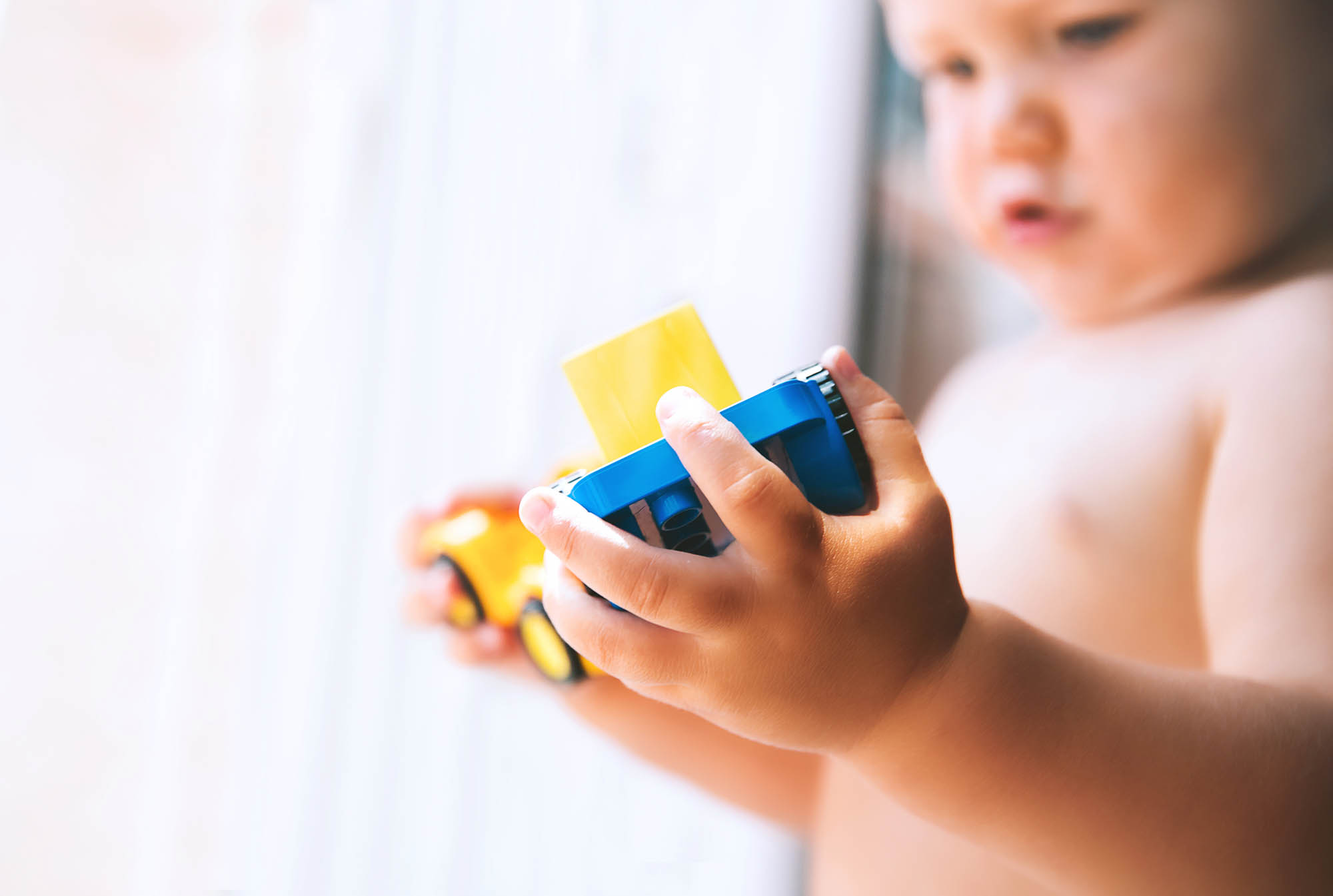 Electronic toys for infants that produce lights, words and songs were associated with decreased quantity and quality of language compared to playing with books or traditional toys such as a wooden puzzle, a shape-sorter and a set of rubber blocks, according to an article published online by JAMA Pediatrics.

Anna V. Sosa, Ph.D., of Northern Arizona University, Flagstaff, and colleagues conducted a controlled experiment involving 26 parent-infant pairs with children who were 10 to 16 months old. Researchers did not directly observe parent-infant play time because it was conducted in participants’ homes. Audio recording equipment was used to pick up sound. Participants were given three sets of toys: electronic toys (a baby laptop, a talking farm and a baby cell phone); traditional toys (chunky wooden puzzle, shape-sorter and rubber blocks with pictures); and five board books with farm animal, shape or color themes.

“These results provide a basis for discouraging the purchase of electronic toys that are promoted as educational and are often quite expensive….”

The study has important limitations, including its small sample size and the similarity of the participants by race/ethnicity and socioeconomic status.

“These results provide a basis for discouraging the purchase of electronic toys that are promoted as educational and are often quite expensive. These results add to the large body of evidence supporting the potential benefits of book reading with very young children. They also expand on this by demonstrating that play with traditional toys may result in communicative interactions that are as rich as those that occur during book reading. … However, if the emphasis is on activities that promote a rich communicative interaction between parents and infants, both play with traditional toys and book reading can be promoted as language-facilitating activities while play with electronic toys should be discouraged,” the study concludes.