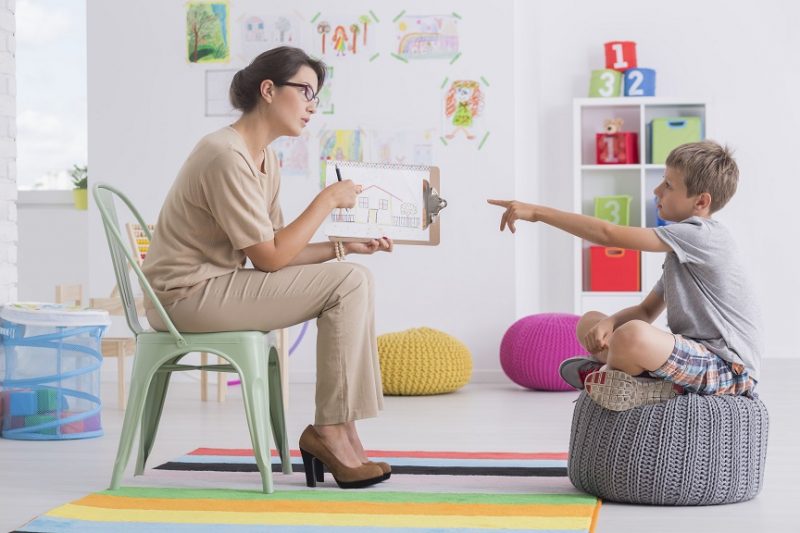 A study led by environmental health researchers at the University of Cincinnati (UC) College of Medicine finds that children in East Liverpool, Ohio with higher levels of Manganese (Mn) had lower IQ scores. The research appears online in the journal NeuroToxicology, available in advance of publication.

The study analyzed blood and hair samples of 106 children 7 to 9 years of age from East Liverpool and surrounding communities, who enrolled in the study from March 2013 to June 2014. Working with a trained registered nurse from East Liverpool, participants and their caregivers were also given cognitive assessments and questionnaires at the time the samples were taken.

The study found that increased Mn in hair samples was significantly associated with declines in full-scale IQ, processing speed and working memory.

Manganese is an element generally found in combination with iron and many minerals. It plays a vital role in brain growth and development, but excessive exposure can result in neurotoxicity. Manganese is used widely in the production of steel, alloys, batteries and fertilizers and is added to unleaded gasoline.

Erin Haynes, DrPH, associate professor in the Department of Environmental Health and lead author of the study, was approached by East Liverpool school district officials in 2013, prompted by concerns of students’ academic performance, paired with the knowledge that Mn concentrations in the area have exceeded U.S. Environmental Protection Agency (EPA) reference levels for more than a decade.

“There are socioeconomic issues at play, however, they are also compounded by potentially significant environmental exposures,” says Haynes, who collaborated with the Kent State East Liverpool Campus and the community group Save our County Inc., formed in 1982 by East Liverpool residents in response to the proposed construction of a hazardous waste incinerator in their community. “Children may be particularly susceptible to the neurotoxic effects of ambient Mn exposure, as their brains are undergoing a dynamic process of growth and development.”

After concerns of elevated airborne levels of Mn, the school district superintendent in East Liverpool requested testing students for manganese along with neuropsychological tests. A pilot study overseen by Haynes found levels of Mn at double the level in children from the other CARES study cohort, and further investigation was pursued to examine the association between Mn exposure and child cognition.

With a declining population of just 11,000, just 7.3 percent of East Liverpool residents have a college degree. The East Liverpool school district reports a higher than average percentage of students in special education (19 percent) versus the Ohio state average of 13 percent.

The school board learned of Haynes’ research studying manganese in Marietta, Ohio. Marietta was the original location of the Communities Actively Researching Exposure Study (CARES) which was initiated in 2008 based on community concern about exposure to manganese from a nearby metallurgical manufacturing company. Cambridge, Ohio serves as the comparison community, and the CARES research has since expanded into East Liverpool. In previous studies, the CARES scientific team has found that both too low and too high levels of manganese can be associated with lower neurodevelopment.

Marietta and East Liverpool have some of the highest levels of ambient manganese in the country, Haynes says, and notes that their studies continue in these areas and include neuroimaging, “as we continue to advance our understanding of the impact of manganese on neurodevelopment, and help to define the lines between essential benefit and toxicological harm.”

The study also included researchers from Cincinnati Children’s Hospital Medical Center, Icahn School of Medicine at Mount Sinai, University of Albany, New York State Department of Health and the late Roxanne Burns, PhD, chair of the biology department at Kent State University East Liverpool Campus. “Dr. Roxanne Burns was a strong advocate for the study and for the community, and we are deeply indebted to her contributions,” says Haynes.