Gut check: A molecule that balances the immune system in the gut

A healthy gut requires a molecule called gp96 to train the immune system to tolerate food and normal microbes, report researchers at the Medical University of South Carolina (MUSC) in the May 19, 2017 issue of Scientific Reports. The study emphasizes the importance of gp96 in maintaining a balanced immune system in the gut.

A healthy gut depends on a balance of inflammatory and tolerant T cells, which make up part of the adaptive immune system. In patients with colitis, inflammatory T cells in the lower intestines mistake the molecular structures of food or healthy gut bacteria for dangerous pathogens that must be destroyed. To determine how this happens, Bei Liu, M.D., associate professor in the MUSC Department of Microbiology and Immunology, considered the idea that these patients’ adaptive immune systems might be poorly trained. 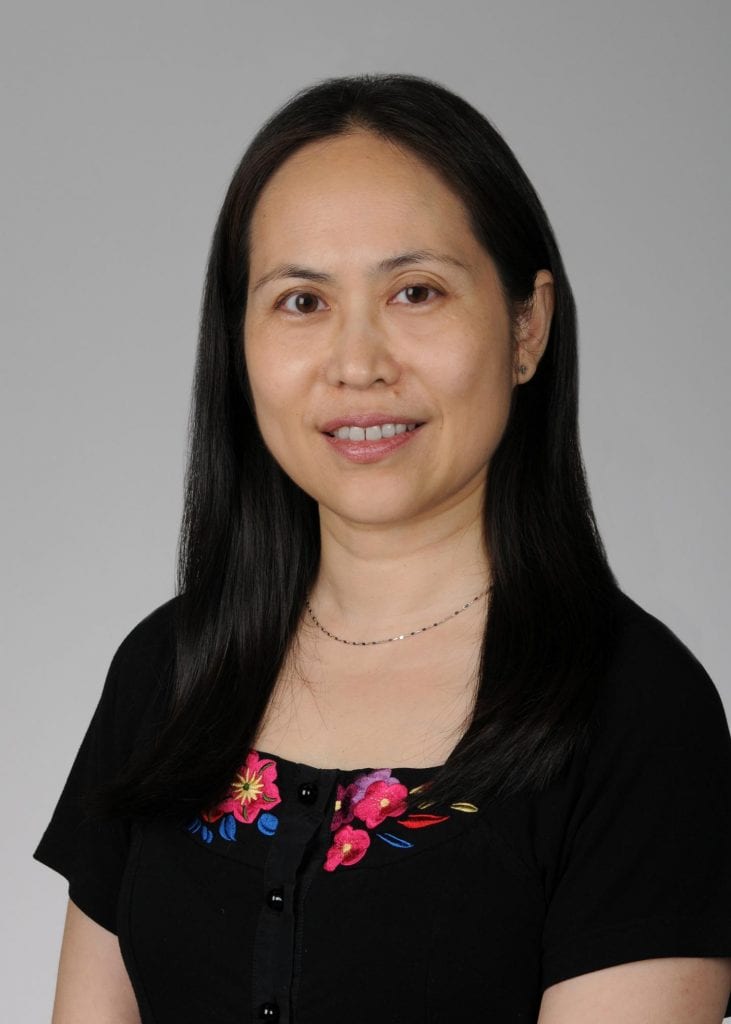 Bei Liu, M.D., associate professor of Microbiology and Immunology at the Medical University of South Carolina, is the senior author of the Scientific Reports article.

T cells are trained by professional antigen-presenting cells (pAPCs) in the gut. pAPCs express toll-like receptors on their surfaces that recognize and trap molecular patterns called antigens on bacteria, food and our own cells. A pAPC that has trapped a specific antigen will travel to a lymph node and display that antigen to a naive, untrained T cell. The T cell then differentiates to a mature state and travels throughout the body to locate its antigen. Tolerogenic pAPCs train tolerant T cells to accept harmless antigens, while inflammatory pAPCs train inflammatory T cells to attack harmful antigens on microbes or molecules that may enter the gut.

Liu and her team found that without gp96-a molecule inside most cells that helps Toll-like receptors and integrins fold and function properly-pAPCs in the gut were more inflammatory.

First, the group generated a new genetic knockout mouse that did not carry gp96 in its pAPCs. Without gp96, pAPCs were less able to travel to lymph nodes, for which they need integrins, and less able to respond to bacterial antigens, for which they need functioning toll-like receptors. In fact, inflammatory pAPCs greatly outnumbered tolerant ones in the lymph nodes and the colon. Because pAPCs train T cells according to their kind, the shift in their cell type also caused a shift in the types of T cells that left the lymphatic system and traveled back to the gut. More inflammatory-type T cells and less tolerant-type T cells were found in the colon of mice without gp96 as compared to wild-type mice.

This was good proof that gp96 is needed to maintain the proper balance of T cell populations, but Liu and her group wanted to connect that finding to a biological function relevant to humans. They examined oral tolerance, a state in which the immune system is trained to remain neutral to food and harmless bacteria. The loss of oral tolerance may be an early change in people who develop food allergies and inflammatory bowel disease. They fed chicken ovalbumin to wild-type and gp96 knockout mice. Through adoptive transfer, these mice then received donor T cells that had not been exposed to ovalbumin and therefore did not recognize it as a tolerable antigen. The idea was to see if those naive donor T cells would receive antigen-specific training from their pAPCs and then become tolerant to ovalbumin. Donor T cells adopted a tolerant state in wild-type mice, but not in gp96 knockout mice. Their pAPCs were unable to properly train their immune T cells to tolerate ovalbumin.

Given this finding, it was likely that mice without gp96 would develop signs of inflammatory bowel disease as they grew, unable to adapt to a normal diet. As expected, gp96 knockout mice grew normally at first. At about 24 weeks, however, seventy percent of them developed spontaneous colitis, while none of the wild-type mice did. Mice without gp96 also had higher levels of gut immunoglobulin A, which is associated with chronic inflammation.

This is the first study to describe the roles of the molecular chaperone gp96 in maintaining gut homeostasis. Although this study offered proof that gp96 is required to prevent colitis, further study is needed to connect the loss of gp96 to the development of colitis in human patients. Yet this ubiquitous molecule may have a fundamental responsibility to maintain proper immune balance in the gut. In fact, gp96 is tasked with folding a number of proteins that immune cells need to function.

Next, Liu is building on these findings to determine if there are certain microbes in the gut that activate inflammatory disease or colon cancer in humans. “This study shines a light on the pathogenesis of inflammatory bowel disease and offers a positive impact on its future clinical management,” says Liu.

What can be done to provide her gut needs now.