Guide To The Brain – Brain-Body Connections 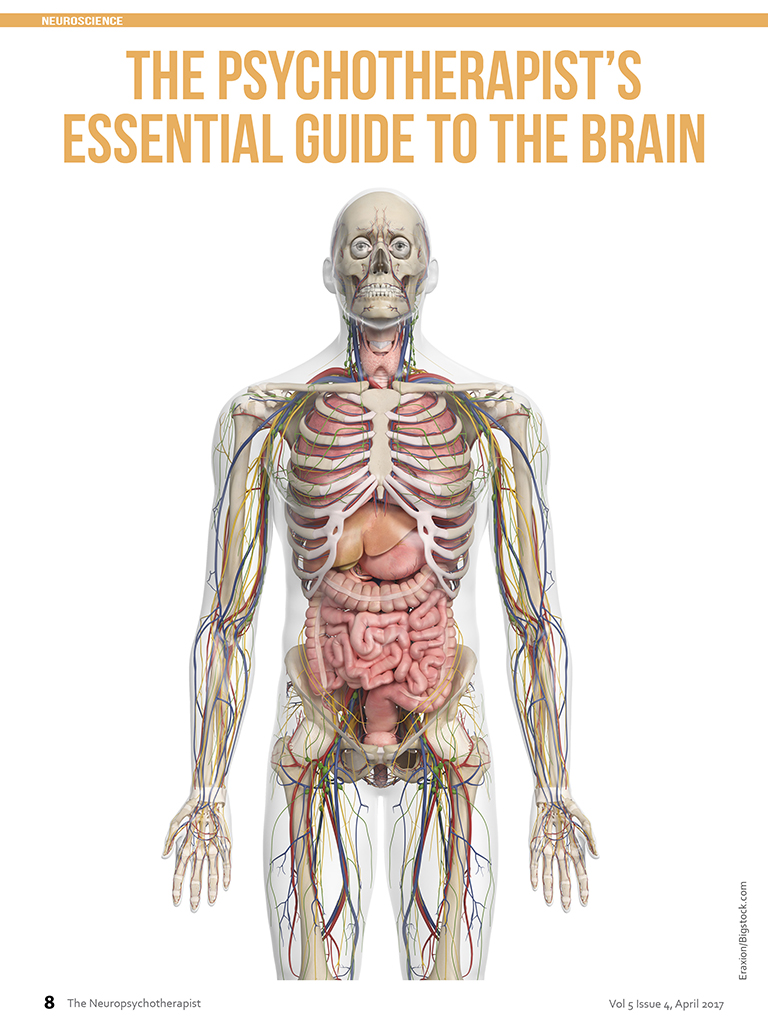 There is growing awareness of the critical interplay between the systems of the body and mental health. Dysfunctions of the mind or body have a bidirectional effect, in ways more profound than we may have appreciated in the past. Research from the biological and psychological sciences is painting a more integrative picture of the brain–body connection than ever before. The connections may seem obvious—intuitive—but they represent a significant change in thinking from the standard modern approach to mental health from an etiological and treatment perspective. We are now gaining a more refined understanding of the way the central nervous system (CNS) and the rest of the body modulate each other, and how this insight can contribute to better treatment and prevention of mental disorders. In touching here on a few of the body systems that have an effect on our mental well-being, we are really only scratching the surface of this wonderfully complex phenomenon of the brain–body connection.

The Heart
Thinkers throughout the ages have considered the heart to be the seat of the emotions and at the center of spiritual life. William Harvey (1578–1657), an English doctor who was the first to fully describe the circulatory system that delivers blood to the body and brain, said, “Every affection of the mind that is attended either with pain or pleasure, hope or fear, is the cause of an agitation whose influence extends to the heart” (Rosch, 2015, p. 7).
In broad terms, our contemporary view of the heart is one of a complex and interdependent relationship between the heart and mind. Early studies of heart–brain communication were intent on explaining the influence of the brain over the heart, yet we now know there is more neural “traffic” from the heart to the brain than the other way around (McCraty, 2015a). In fact the heart communicates with the brain not only through the nervous system, but also through hormones, pulse waves created by heart contractions, and the electromagnetic field generated by the heart. At the forefront of the new science of the heart–brain connection recently has been research into heart rate variability (HRV), a measure of the nervous system’s flexibility for emotional self-regulation.
In the 1960s and 70s, researchers John and Beatrice Lacey established scientific evidence that the heart communicates to the brain in a way that affects how we perceive and react to the world (Lacey & Lacey, 1974). German research by Velden and Wölk in the 1980s found that cognitive performance and cortical function are under the heart’s influence by means of afferent (heart to brain) inputs on neurons in the thalamus that affect the global synchronization of cortical activity (Velden & Wölk, 1987; Wölk & Velden, 1989). Importantly, the researchers identified the pattern and stability of these afferent inputs, which in turn have global effects on brain function. The heart, it seems, wields more control over the brain than we had supposed. Since these early discoveries there has been a proliferation of studies on HRV as a marker for physical and emotional well-being.

Simply put, HRV measures the variability between heartbeats. This, it turns out, is a good gauge of the interplay between the autonomous nervous system (ANS) and the heart. The parasympathetic branch of the ANS, via the vagus nerve, connects to the heart’s pacemaker (the concentration of nerve cells in the sinoatrial node in the heart that initiates heart contractions) and exerts an inhibitory effect on heart rate. It is, as it were, the braking system for the heart. On release of the parasympathetic brake, the heart rate rises. This operation of the vagus nerve upon the heart’s pacemaker occurs on a moment-by-moment basis, resulting in slight variations of timing between heartbeats. High HRV indicates that the heart is readily and flexibly influenced by the vagal brake, and this, it has been discovered, is a good indicator of our emotional flexibility as well.

The Intuitive Heart
Intuition is normally conceived as a cognitive–affective understanding, or “affectively charged judgments that arise through rapid, nonconscious, and holistic associations” (Dane & Pratt, 2007, p. 33). However, there may be other types of intuitive process where the heart informs the mind in unique ways. One such possibility lies in the capacity of our nervous system to sense electromagnetic fields, which the heart both produces and is sensitive to, and is referred to as cardioelectromagnetic communication:

The heart is the most powerful source of electromagnetic energy in the human body, producing the largest rhythmic electromagnetic field of any of the body’s organs. The heart’s electrical field is about 60 times greater in amplitude than the electrical activity generated by the brain. This field, measured in the form of an electrocardiogram (ECG), can be detected anywhere on the surface of the body. Furthermore, the magnetic field produced by the heart is more than 100 times greater in strength than the field generated by the brain and can be detected up to 3 feet away from the body, in all directions, using SQUID-based magnetometers. (McCraty, 2015b, p. 36)

Psychophysiologist Rollin McCraty provides a fascinating exploration of the science of the electromagnetic sensitivities of the heart, including its apparently “nonlocal” or prestimulus knowledge and how this is communicated to the brain, in Chapter 7 of his book Science of the Heart: Exploring the Role of the Heart in Human Performance (Volume 2; McCraty, 2015b). Some of the intuitive capacity of the heart may be explained in the future by quantum neurophysics (Tarlacı & Pregnolato, 2016), and much remains speculative. Nevertheless, the interplay between the heart and mind is itself intuitive to most psychotherapists, as it is to anyone who has given the advice, “Listen to your heart.”

The Polyvagal Theory
The polyvagal theory was put forward by Stephen Porges (2011). It proposes three vagal-mediated adaptive responses for different circumstances, namely, safety, danger, and extreme threat to life. These responses are initiated by our perception of what is going on in our environment.
The first of these circuits is the ventral vagal complex (also known as the “smart vagus”), which down-regulates the sympathetic “fight or flight” response so we can be social, engage in bonding, and facilitate emotional self-regulation. This part of our nervous system is implicated in social communication on account of its effect on the muscles of the face, and in self-soothing/calming through inhibition of the defensive limbic system. The ventral vagal complex also influences heart rate: High vagal tone (strength of vagus response) has a suppressant effect on the heart’s natural pacemaker; in the absence of vagal regulation, the heart’s pacemaker rapidly increases heart rate.
The second circuit is the dorsal vagal complex, an unmyelinated circuit that is found in most vertebrates and is associated with primitive survival strategies. This is the branch of the vagus nerve that engages defensive “fight or flight” behavior in the face of threats.
The third vagal mechanism acts through the dorsal vagal complex which, in the face of an extreme threat to life, will feign death by producing neurogenic bradycardia (slowing of the heart rate) via the parasympathetic nervous system, manifesting in a freeze or faint. The bradycardia can be paralleled by apnea—a response that may be adaptive for reptiles, but potentially lethal for humans.

This has been an excerpt from The Neuropsychotherapist's Essential Guide to the Brain Part 15. To download the full article, and more excellent material for the psychotherapist, please subscribe to our monthly magazine.

McCraty, R. (2015b). Science of the heart: Exploring the role of the heart in human performance (Vol. 2). Boulder Creek, CA: HeartMath Institute. Retrieved from https://www.heartmath.org/research/science-of-the-heart/