The thalamus (from the Greek word meaning “chamber”) is centrally located between the cerebral cortex and the midbrain and is known for its role in relaying sensory and motor signals to the cerebral cortex, and in the regulation of sleep, consciousness, and alertness—rather like a hub of information flow from the senses to the cortex. (Although recently University of Iowa neurologist Aaron Boes, MD, PhD, and his colleagues show that the thalamus is not a critical part of the brain pathway involved in keeping humans awake and conscious). It is believed that the thalamus processes sensory information in addition to relaying it to the primary sensory areas and receiving feedback from the cerebral cortex. It plays major roles in the support of motor and language systems and (in connection with the hippocampus) the spatial memory that is critical for episodic memory.

Interestingly, a common genetic variation in humans is that of the serotonin transporter 5-HTTLPR. People who inherit two short alleles (SERT-ss) also have more neurons and larger volume in parts of the thalamus. The SERT-ss inheritance is linked to a greater vulnerability to depression, PTSD, and suicide. The dorsal thalamus also plays a role in the inhibition of compulsive behaviour—we will examine this more closely later, when we consider the so-called OCD loop that involves the orbitofrontal cortex, striatum, and thalamus.

The thalamus is important for sleep regulation, in particular slow-wave sleep cycles, and coordinates parts of the cortex as sleep changes from state to state—the latter in orchestration with the activity of the hippocampus.
In sum, the thalamus appears to play a greater role than merely the relay of sensory information and is integral to brain function in a cortico–thalamo–cortical pathway of processing. 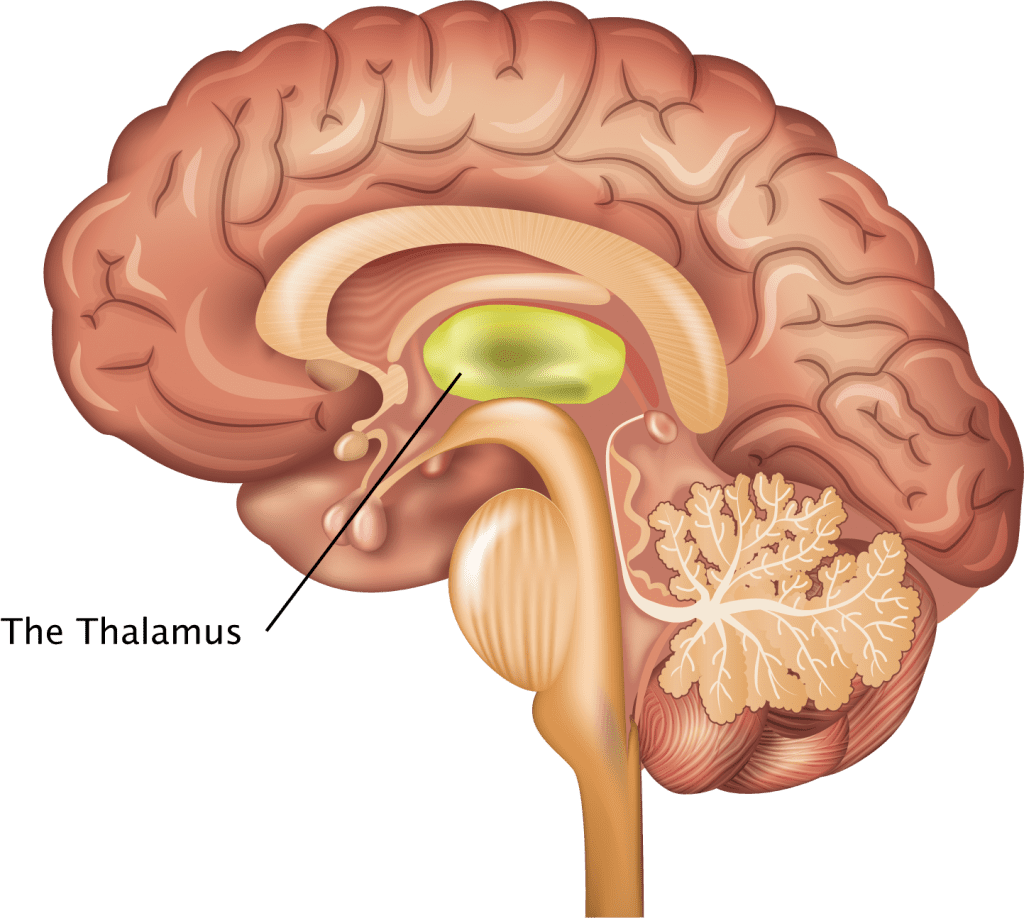