From a well-known model of the human brain, described by neuroscientist Paul MacLean as the triune brain. The reptilian complex is a system of the brain responsible for the most basic survival functions, such as heart rate, breathing, body temperature, and orientation in space. Needless to say, functions like heart rate and breathing are of considerable importance, and the control mechanisms in this part of the brain are accordingly consistent.

It is important to recognize that the functions of the primitive brain will take precedence over other brain activity. For example, if you try to hold your breath (a prefrontal cortex-initiated activity), you will find that as carbon dioxide builds up in your bloodstream, this primitive part of your brain is going to want to take over and make you breathe again. Through training you may be able to increase your resistance to the basic urge to breathe, but inevitably you will eventually give in and take a breath.

Such threats to survival are first addressed by the primitive brain—as illustrated in “peripheral shutdown”, where blood vessels on the periphery of the body are constricted in anticipation of physical trauma—and are prioritized over less vital functions 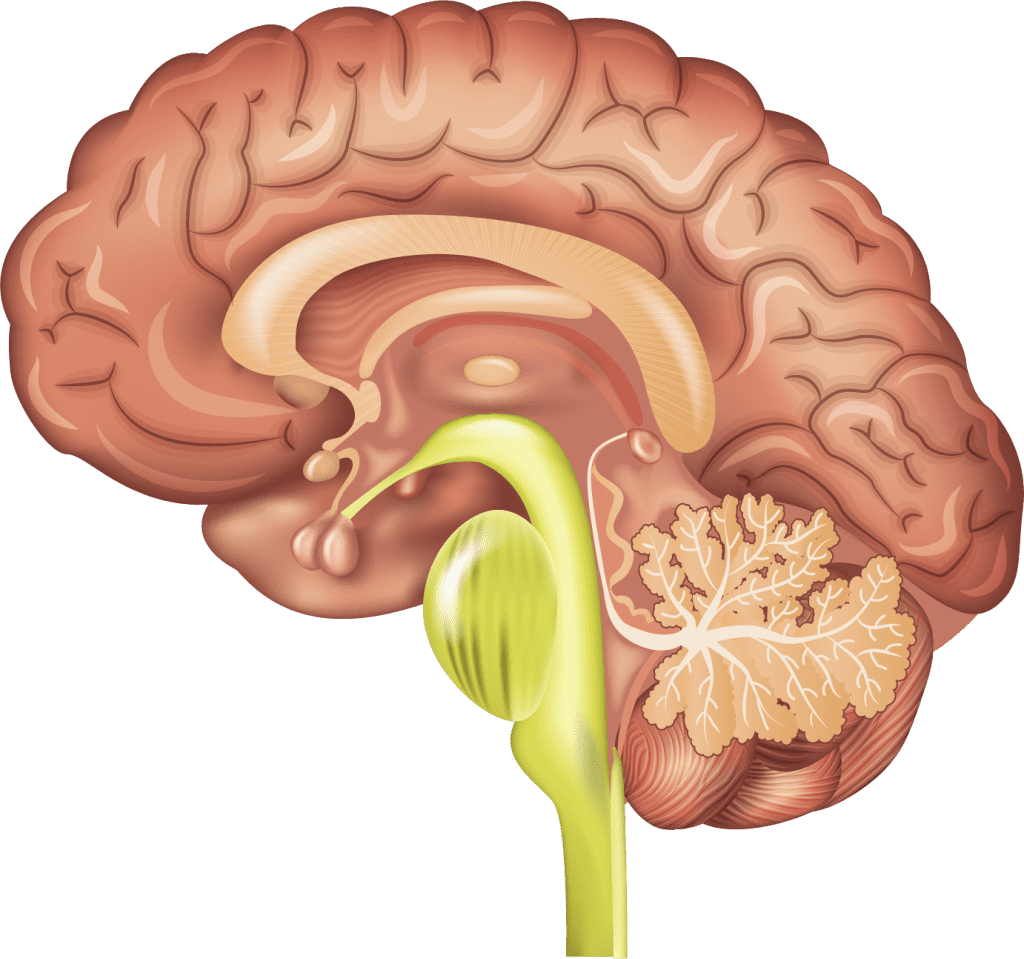