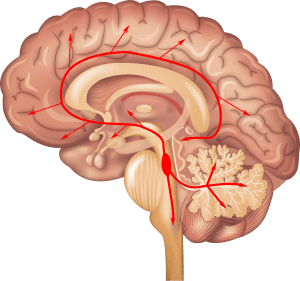 Norepinephrine projections emanating from the locus coeruleus in the brainstem.