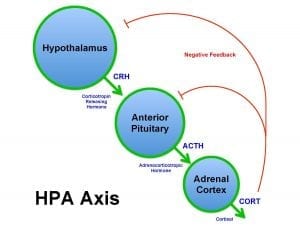 The hypothalamic–pituitary–adrenal (HPA) axis response is the physiological mechanism that activates the body to respond to a threat. When a threat is detected by the amygdala, a physiological response is mediated through the hypothalamus–anterior pituitary gland. A neurohormone—corticotropin-releasing hormone (CRH) that has been manufactured in the paraventricular nucleus of the hypothalamus—triggers the anterior pituitary gland to release adrenocorticotropin hormone (ACTH) into the blood stream. The ACTH then triggers the release of glucocorticoids such as cortisol from the adrenal cortex above the kidneys. Feedback mechanisms in the hippocampus, hypothalamus and pituitary gland monitor the rising levels of cortisol in the blood and modulate the HPA axis stress-response cascade accordingly.

In the case where someone feels they are dealing with an extreme, uncontrollably stressful situation (such as the severe physical or sexual abuse of a child, or constant life-threatening situations as in war), the feedback mechanisms that dampen the HPA axis stress-response cascade can be damaged, and glucocorticoid levels continue to escalate. These excessive amounts of glucocorticoids can damage activated glutamate synapses and pyramidal cells in the hippocampus (where there are many glucocorticoid receptors), destabilizing previously formed neural connections and thus neural/mental function in the hippocampus. This may be positively correlated with the reduction in volume of the hippocampi of individuals who have suffered extreme stress and been diagnosed with PTSD. 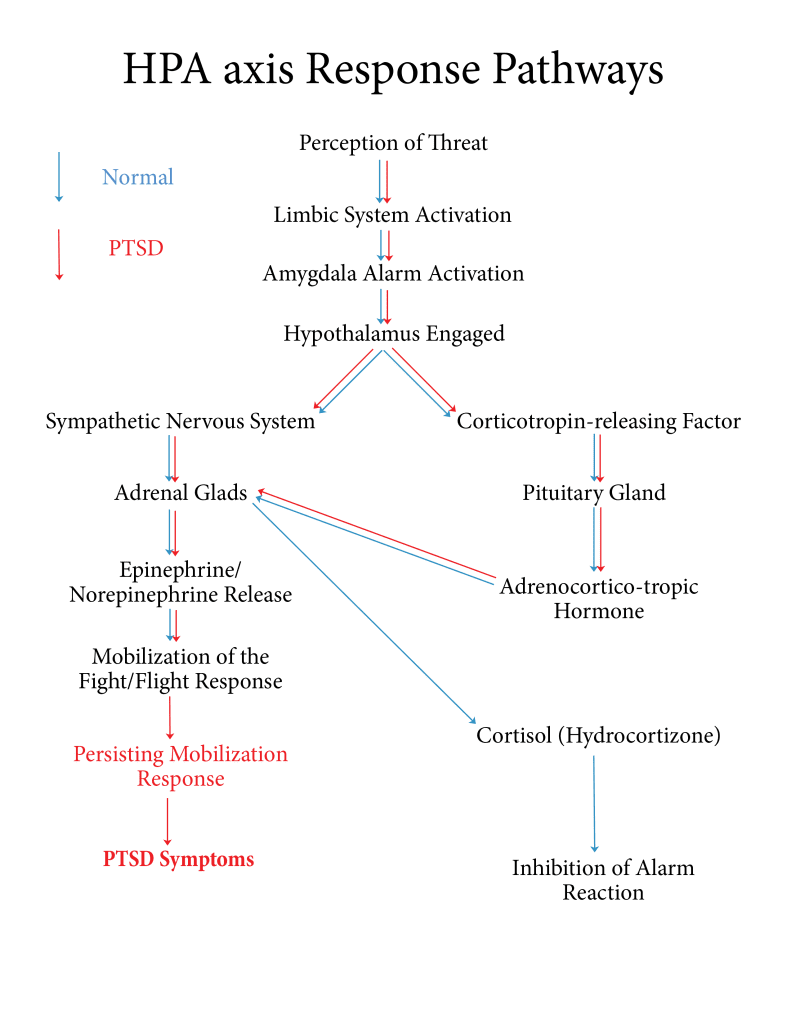