Depression is marked by a deep sense of sadness and reduced motivation and activity levels. Most people suffering a bout of major depression experience a recovery phase—within 3 months for 40% of sufferers, and within a year for 80%. But some suffer chronic depression (dysthymia) that persists for years (American Psychiatric Association, 2013). Factors that influence risk and prognosis are temperament, environmental factors such as adverse childhood experiences and stressful life events, genetics, and physiological factors. According to the World Health Organization, depression affects an estimated 350 million people globally (WHO, 2016).

A. Five (or more) of the following symptoms have been present during the same 2-week period and represent a
change from previous functioning; at least one of the symptoms is either (1) depressed mood or (2) loss of
interest or pleasure.

B. The symptoms cause clinically significant distress or impairment in social, occupational, or other important
areas of functioning.

C. The episode is not attributed to the physiological effects of a substance or to another medical condition.

D. The occurrence of the major depressive episode is not better explained by schizoaffective disorder,
schizophrenia, schizophreniform disorder, delusional disorder, or other specified and unspecified
schizophrenia spectrum and other psychotic disorders.

E. There has never been a manic episode or a hypomanic episode.
(American Psychiatric Association, 2013) 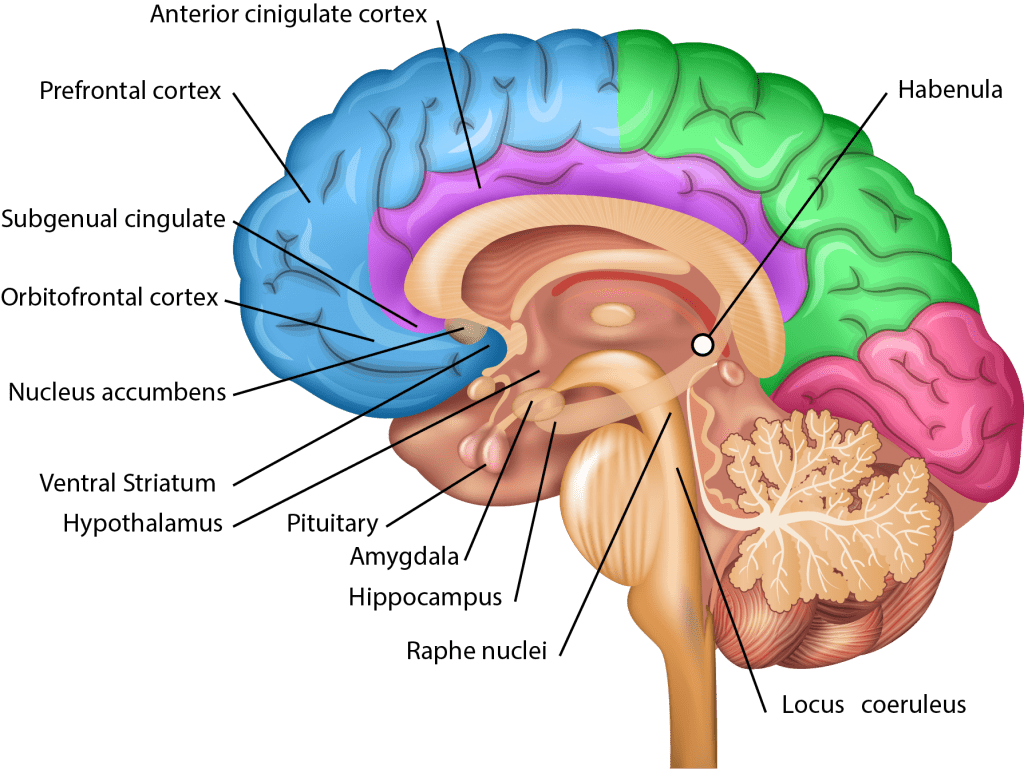 Some Brain Areas Involved in Depression

Learn more by becoming a Science of Psychotherapy member

As a member you have access to short courses such as the reading course on the neurobiology of depression found here. 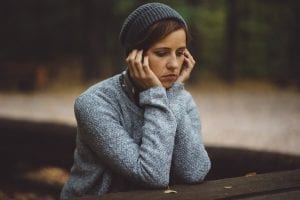