Connectograms are graphical representations of connectomics, the field of study dedicated to mapping and interpreting all of the white-matter fiber connections in the human brain. These circular graphs based on diffusion MRI data utilize graph theory to demonstrate the white-matter connections and cortical characteristics for single structures, single subjects, or populations.

In this image below: From outside to inside, the rings represent the cortical region, gray matter volume, surface area, cortical thickness, curvature, degree of connectivity, node strength, betweenness centrality, eccentricity, nodal efficiency, and eigenvector centrality. Between degree of connectivity and node strength, a blank ring has been added as a placeholder. This connectogram includes five additional nodal measures not included in the standard connectogram. 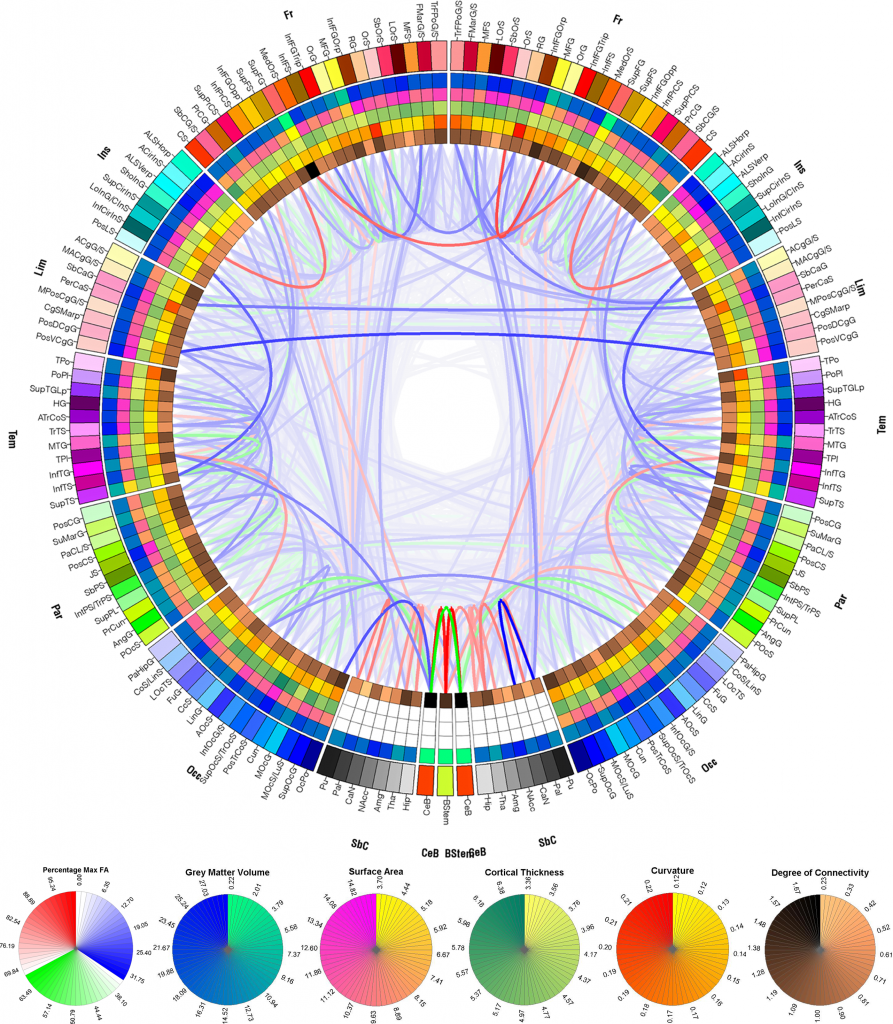