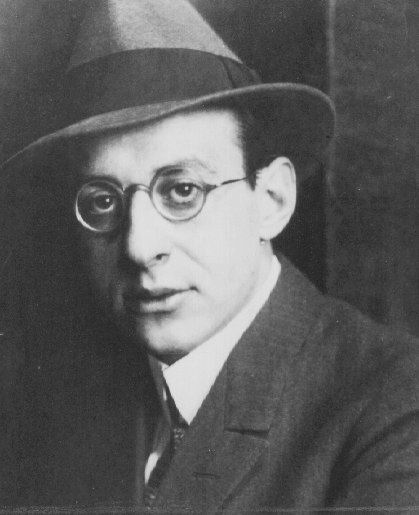 Frederich (Fritz) Perls (1893-1970). Born in Berlin, Perls became a medical doctor and then studied at the Vienna Institutes of Psychoanalysis. Anticipating the war he moved to South Africa in 1934 to take up a psychoanalytic position in Johannesburg where he started to formulate what would eventually become Gestalt Therapy. In 1946 he moved once again from South Africa to the United States where he began the New York Institute for Gestalt Therapy with his therapist wife Laura. Perls had a personality that was both dynamic and perplexing with an unabashed egotism. It was his dynamic persona that gave much power to his method and inspiration to his followers.

Based in our biological needs, the Gestalt theory of personality is anchored in the idea that we are completely motivated toward “end-goals” that are satisfying hunger, sex, survival, shelter and breathing. When we bring completeness to our needs this forms ‘gestalts’ or wholeness (gestalt is a German term meaning “unified whole”). When natural needs are easily satisfied we preoccupy ourselves with other things, such as social roles and activities that end up social means to satisfying natural needs. The healthy personality is not preoccupied with such roles but realise they are social expectations that others and ourselves set to continually resolve end-goals, and therefor are open to adjustment and creativity. There is a progression from childish patterns of dependency toward adult patterns of self-supporting. When people remain stuck in more immature patterns of dependency it is because of some experience developmentally that has caused fear of independence or they have been spoiled and overindulged by parents. When talking about psychopathology Pearls used the term neuroses, but for the more common problems of living he would use the term growth disorder.

Breaking out of a neurotic life means increasing ones awareness of phony games and roles, the parts of self that have been disowned and attempts at being something one is not. This consciousness raising aims to liberate people from maya, the fantasy layer of existence. Rather than theorising how ourselves and the world should be, a phenomenological level of consciousness is attained through present-orientated sensory awareness. We bring ourselves back into touch with all that we really are. The basis of this process is for the client to stay in the here and now awareness of the moment. Gestalt exercises are designed to raise awareness of phony roles or games and bring a greater awareness of their phobic layer. This is done by the therapist frustrating the client’s desires to be protected from negative emotions and the things they are trying to avoid. Paternalistic attitudes from the therapist are avoided as the client must take responsibility for themselves. Perls used the following instructions (1969, p.79) at the start of a workshop to clarify such a position:

So if you want to go crazy, commit suicide, improve, get ‘turned on,’ or get an experience that will change your life, that’s up to you. I do my thing and you do your thing. Anybody who does not want to take the responsibility for this, please do not attend this seminar. You come here out of your own free will, I don’t know how grown up you are, but the essence of a grown-up person is to be able to take responsibility for himself—his thoughts, feelings, and so on. Any objections?…OK

Some responsibilities of the therapist:

Conflicts within the individual, between the social self and the natural self, between disowned parts and the reasons why they are repressed, is the focal problem for the Gestaltist. The ultimate goal is to live in the here and now, fully present, fully authentic. The defensive stances people take to avoid the present are:

Self-esteem is considered strong when we have a self-supporting inner strength. But while we remain reliant on the approval and evaluation of others, preoccupied with what others think, we will not develop a strong sense of self.

Growing up and taking responsibility for ourselves to satisfy end-goals (not the expectations of others) is considered a central part of being mature and healthy.

Gestalt therapy does not aim for the client to be adjusted to social norms but rather to transcend the perceived boundaries of society to embrace an authentic self. This raises the question of impulse control in the context of satisfying end-goals – how does embracing biological sources of self-direction work in a social context?

Fulfilment comes from living in the present moment, free from the regrets of the past and actualising ourselves as responsible and whole, as grounded in oneself.

Experiential therapies came out of the humanistic traditions of the 1960s as a reaction against the psychoanalytic and behavioural perspectives. As you can imagine from the name, experiencing is at the centre of change and the core construct of personality. Having a deeper experience is the therapeutic direction. Psychopathology is understood in terms of interpersonal conflicts and relational problems. Prominent examples of experiential therapies include symbolic-experiential family therapy (Carl Whitaker), focusing method (Eugene Gendlin), experiential therapy of Alvin Mahrer, process-experiential therapy (Leslie Greenberg) – now going by the simpler label of emotionally focused therapy (EFT).

EFT is orientated to enhance the emotional intelligence of a client or couple so that emotional states can be correctly interpreted, understood and regulated. Strategies to increase adaptive emotional responsiveness, affect regulation and empathy work hand-in-hand with greater self-awareness and more effective communication. Old, maladaptive responses are replaced with more adaptive self- and other-awareness and more adaptive responsiveness. The therapist serves as an emotional coach to clients to be more aware of their feelings, the feelings of others, and how to regulate ones own feelings and validate others.

In the 1980’s Greenberg and Susan Johnson formulated emotion-focused couples therapy from process-experiential theory to help distressed couples. With a focus on attachment bonds and understanding emotional expression when attachment is violated forms the core of this therapy. The goals of therapy are to facilitate secure attachment bonds between the couple and more constructive emotions to nurture the relationship.

Thank you for your information about gestalt its really nice and informative blog and i am thinking of taking gestalt training i have been reading about it its interesting and effective i am learning from you and Anil Thomas for more visit https://www.ttgls.in