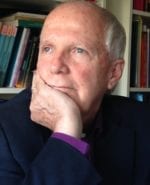 General doctor of Fuenteguinaldo, Salamanca, Spain, 1980.
Diploma in Health, diploma issued by the Ministry of Health, Salamanca 1980.
Private practice in psychiatry in Salamanca from 1980 to 1984.
Deputy Psychiatrist in the Diagnosis and Therapeutic Guidance Center in the Provincial Health Delegation of Zamora since 1984 (with transfer to Health Castilla y León, SACyL in 1985) until 1992.
Psychiatrist Assistant of Mental Health Team 3 in Salamanca from 1992 to 2002.
Section Chief of Mental Health Team 3 in the province of Salamanca from 2002 to April 2008.
Teacher for Family Physicians, SM Team 3 from 2002 to 2008
In charge of the psychiatric care of the Shelter for Victims of Domestic Violence in Salamanca from 2003 to April 2008.
Private practice in Madrid from May 5, 2008 to 2018, in which I am still active.

Treatment Orientation(s): I have done several studies in many different fields, but today I would say that I work with some very necessary basis like ITSAPART or Integrative Transactions Scientifically Applied through Presence, Attunement, Resonance and Trust. It’s an integration created by me to serve my self and clients as a plane from where healing possibilties are created by Psychotherapist and patient.
Specialties: I studied Transactional Analysis, EMDR, IFS, I did a variation I call IFS(IPNB), studied with Mindsight Instituteleaded by Dan Siegel,MD,Mindsight, Adult Attachment Interview by Mary Main. Today I say about me that I don’t do such and techniques, but whatever the client need with my opinion and his/hers, invaluable point of view.
Website: https://www.olafholmcox.com
Phone Number: +34628118815
Address: Calle Enrique Granados 11 – 1A, 28220
City: Majadahonda, CA of Madrid
Zip Code: 28220