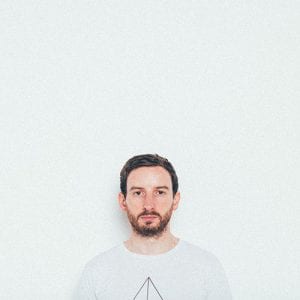 An artistic collaboration between musician and sound producer Max Cooper, respected visual artist Andy Lomas and researchers from the Babraham Institute in Cambridge has produced an emotive new way for anyone to experience the elegance and complexity of DNA organisation. The five-track Chromos EP, released May 26th for digital download, captures the microscopic elegance of gene organisation using moving, evocative soundscapes.

The first two tracks on the new EP, ‘Chromos’ and ‘Coils of Living Synthesis’, are inspired by the work of Dr Csilla Varnai at the Babraham Institute. As part of Dr Peter Fraser‘s Lab in the Institute’s nuclear dynamics research, Dr Varnai is generating computer models that fully recreate how genetic information, recorded on DNA molecules, is organised within living cells. Her research is changing our understanding of biology by revealing how genes that are not close together in the genome interact and influence each other.

We often see DNA inside cells represented as little ‘X’-shaped chromosomes arranged in neat little lines, with plenty of space between one chromosome and the next. Yet with more than two metres of DNA crammed into each cell nucleus – a space less than 100th the size of a grain of sand – nothing could be further from the truth. In fact, the 46 chromosomes in a human cell spend most of their time as part of a tangled mass of DNA that most closely resembles a ball of wool.

Whilst this may look chaotic, the genes in a cell are highly organised and work like Dr Varnai’s has helped to reveal that the location of a gene inside a cell, as well as its position in space relative to other genes, can drastically change how a gene behaves. This research uses experimental techniques that can reveal which genes are close together in space. Using computers, this information can be converted into a virtual three-dimensional landscape showing the location of all the genes inside a single cell.

This technique is called single-cell Hi-C and its creation was initially published in 2013 by Babraham Institute scientists in the journal Nature. Since then, scientists have been working to improve the accuracy of these techniques and create models of many different cells. Their work is helping to reveal how cells move their genes around in different situations to alter their effects on the cell as a whole.

Speaking about her work, Dr Varnai said: “The ability to study biology down to the level of individual cells allows us to ask questions that would have been impossible to answer before. Working with Max and Andy is helping us share our work with more people in new ways, and that’s really exciting.”

Recreating the arrangement of DNA in just one cell is a phenomenal task, requiring as many as 100,000 pieces of information. Starting with several straight pieces of DNA, the computer uses information about which genes are close together to fold the DNA into the correct shape. The end product is a simulated cell nucleus based directly on unique information from one real cell.

This virtual process of folding DNA strands is what inspired the creation of Max Cooper’s music. His artistic expression follows the path of Dr Varnai’s computer algorithms culminating in an arrangement that mirrors the true scientific data.

Speaking about the collaboration, Mikhail Spivakov, a lead scientist in the Babraham Institute’s nuclear dynamics programme who initiated the collaboration with Max Cooper and Andy Lomas, said: ‘As a biologist I am passionate to find ways to make our science more accessible, to help people understand what we do and why we do it… It was amazing to see how the project took real data from the lab and turned it into a multidimensional experience which allows people to get more closely acquainted with our DNA, what it does and how it looks, making it almost palpable.’

This is not the first time Max Cooper has linked his work to scientific research, this new EP follows on from his extensive Emergence project, exploring the symbiosis of music and science with visual representations of data.

Describing the new work, Max Cooper said: “We wanted to express the data is this unadulterated form, so you can experience the real science in action. It’s a glimpse into the complexity and form of one of the most important molecular structures in all of life. I wanted to try and capture some of this grandeur, along with the complex messiness involved, which still yields a coherent, functional outcome.”

The track Chromos, is also accompanied by a video developed by Andy Lomas and together the music and visuals combine into a unique experience offering anyone the chance to experience the awe-inspiring magnificence and elegance that forms the centrepiece of every living cell.