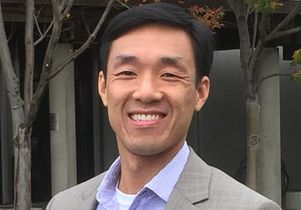 UCLA researchers have found that people with schizophrenia were able to more accurately determine whether two auditory tones matched or differed, after receiving a type of electrical brain stimulation. Being able to distinguish tones is essential for verbal communication.

People with schizophrenia have difficulty discriminating between tones of differing frequencies. This is thought to impair their ability to interpret tone of voice, resulting in social difficulties. Transcranial direct current stimulation, or tDCS, is a non-invasive neural stimulation technique that passes a weak electrical current (equivalent to a nine-volt battery) through the brain, changing the ability of neurons to respond to stimuli. Scientists wanted to find out if tDCS — which comes in two active varieties, anodal or cathodal — could boost auditory processing in people with schizophrenia.

In 12 people with schizophrenia, researchers applied tDCS via electrodes on the scalp to the auditory cortex, the part of the brain that processes auditory information. The participants received anodal stimulation, cathodal stimulation or a placebo stimulation for 20 minutes. Immediately following stimulation, subjects listened to pairs of tones and were asked whether they sounded identical or different. Cathodal stimulation was associated with significant improved tone discrimination ability. Researchers’ next step is to see if the findings can be replicated in a larger group and to test how long the effects of tDCS last.

The technique could present an inexpensive strategy for improving the lives of people with schizophrenia in ways currently unaddressed by medication.

The study’s first author is Dr. Walter Dunn, and the senior author is Michael Green, both of the West Los Angeles VA Medical Center and the UCLA Semel Institute for Neuroscience and Human Behavior. Other authors are Jonathan Wynn, Dr. Allan Wu, Dr. Marco Iacoboni and Gerhard Hellemann, all of UCLA; and Yuri Rassovsky of Bar-Ilan University, Israel.