E-Cigarettes Can Help Smokers Quit, but There’s a Catch 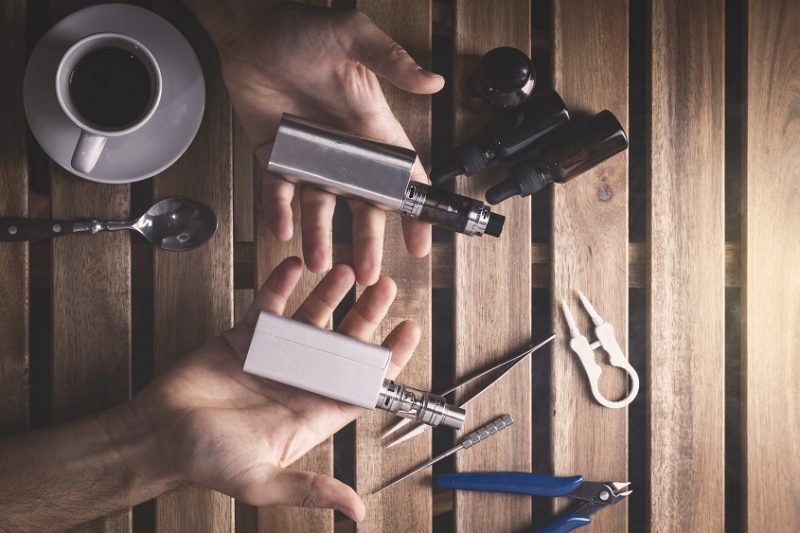 Frequent e-cigarette use does help smokers quit — a finding that Georgetown Lombardi Comprehensive Cancer Center researchers say supports the use of e-cigarettes as a cessation aid for those trying to quit cigarette smoking.  But, they note, an examination of a recent national survey uncovers important clues about who’s successful at quitting and why.

The findings, published in Nicotine & Tobacco Research, examined a national survey of more than 24,500 current or recent former cigarette smokers, which is the largest sample of smokers studied to date. This study, along with a July study published in the BMJ, provide some of the strongest evidence so far on the link between use of e-cigarettes and cessation, says the study’s lead author David Levy, PhD, professor of oncology at Georgetown Lombardi.

However, Levy notes, there are important nuances in the data that impact a person’s success in quitting cigarette smoking.

The data also show that among those making at least one quit attempt, quit success was lower among individuals who had used e-cigarettes at some point in the past, but higher among those with at least 5 days of e-cigarettes use in the last month.

The data is drawn from a special tobacco use survey that, since 1992-1993, has been taken every 3-4 years as part of a population survey conducted monthly by the U.S. Census Bureau. The latest tobacco use survey, taken from 2014-2015, was co-sponsored by the National Cancer Institute and the U.S. Food and Drug Administration.

This survey, the Tobacco Use Supplement to the Current Population Survey (TUS-CPS), is designed to track long-term trends in tobacco use, cessation attempts and tobacco-related policies. All states are represented, and participants are interviewed either by telephone or in person.

The latest TUS-CPS consisted of three samples collected in July 2014, and in January and May of 2015. These samples included more than 150,000 respondents.

Levy and his Georgetown Lombardi colleagues examined the relationship between frequency of e-cigarette use, cigarette quit attempts and cigarette abstinence. Because of the dates of the survey, it includes the more current types of e-cigarettes that are more effective at delivering nicotine.

“Our findings are consistent with randomized trials and those observational studies that measure frequency of e-cigarette use. These results support the use of e-cigarettes — especially, consistent use —  as an effective smoking cessation aid. Since e-cigarettes are generally estimated to have a small proportion of the mortality risks of cigarettes, this represents an important life-saving intervention that doctors can recommend when other forms of treatment fail,” says Levy.