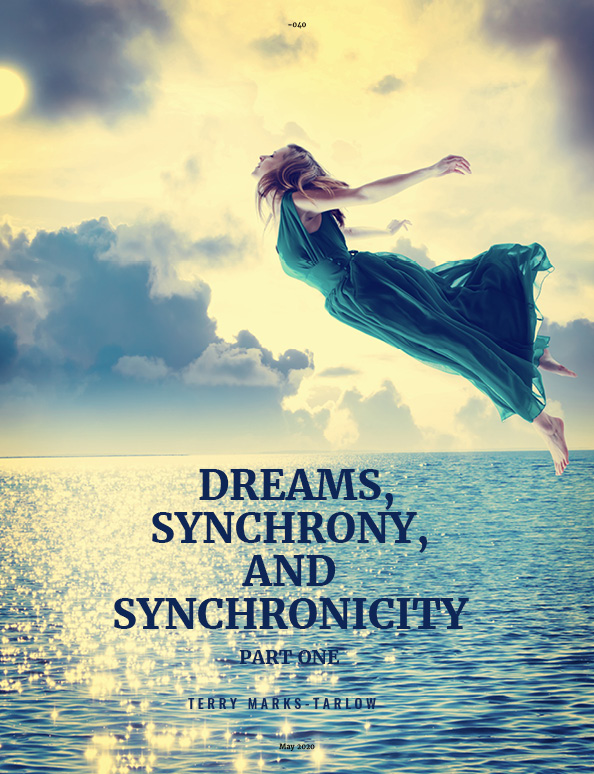 This excerpt taken from A Fractal Epistemology for a Scientific Psychology – Bridging the Personal with the Transpersonal edited by Terry Marks-Tarlow, Yakov Shapiro, Katthe P. Wolf. Published by Cambridge Scholars. Reproduced with permission of the publisher.

Cambridge Scholars are offering a 25% discount on A Fractal Epistemology for a Scientific Psychology – Bridging the Personal with the Transpersonal edited by Terry Marks-Tarlow, Yakov Shapiro, Katthe P. Wolf. Go to https://www.cambridgescholars.com/a-fractal-epistemology-for-a-scientific-psychology and use the code the code EPISTEMOLOGY25 at the checkout. 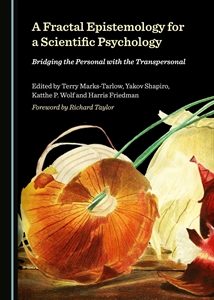 25% discount on A Fractal Epistemology for a Scientific Psychology – Bridging the Personal with the Transpersonal. Click the cover and use the code EPISTEMOLOGY25.

Dreams serve as powerful mirrors to the psyche through their holistic potential. Dreams emerge at the edges between conscious and unconscious processes to display fractal properties. A fractal epistemology posits boundary conditions as dynamic zones of transaction across different states and scales of existence. Rather than smooth and fixed like a cup cleanly separating inside from outside, fractal boundaries are semi-permeable and infinitely deep, at least in theory and on an endlessly iterating computer (Mandelbrot, 1977; Peitgen, 1986; Schroeder, 1991).

When examining a dream, we can use powers of conscious observation to illuminate self-similar patterns reflected within dream structure. Each time we revisit a dream, the opportunity exists to find another angle of meaning. Whenever working with dreams, the observer is inextricably and recursively linked to the observed, as dream structure is both discovered and created through the very act of looking. The process is infinitely deep in that endless opportunities exist to revisit any given dream. As with fractals, the closer we look at a dream, the more there is to discover.

In past writings (Marks-Tarlow, 2008, 2012, 2014), I suggested fractal consciousness, by which we perceive the whole in the parts of experience, represents the essence of therapeutic intuition. Through clinical intuition we implicitly sense the fine texture of experience during clinical interactions partly by linking patterns in those tiny “now” moments to self-similar patterns surrounding larger events and conceptualizations. Fractal consciousness is also useful as an explicit tool for self-exploration, allowing us to gain and retain perspective, again by appropriately linking small- and large-scale self-similar events into meaningful self-narratives.

Fractal consciousness is especially useful for approaching dream interpretation, where we often capture the essence of a dream by looking at any dream fragment, no matter how tiny, as if it reflects the whole of the psyche. Alongside illuminating the geography of attachment dynamics, this holistic perspective also applies to temporal dimensions. Especially because of their highly visual nature and spatial extension, dreams more than verbal narratives exist in a timeless realm. Here they can simultaneously capture past as well as the present dynamics, while simultaneously pointing towards the future.

Over history, dreams have enjoyed a full range of interpretations (Van de Castle, 1994). Ancients honored them for their power to prognosticate disease and foreshadow important events in history. One biblical example was Daniel’s interpretation of King Nebuchadnezzar’s dream. The Persian Magi plus Indian yogis and fakirs established elaborate rituals to cultivate nonlocal awareness within dreams, while the Sumerians and Egyptians formalized “sleep temples” towards the same end; by the 4th century BCE, the formalize linkage between dreams and nonlocal awareness was central to Greek religious life (Schwartz, 2018). Freud declared dreams the “royal road to the unconscious.” In the history of science numerous discoveries have been attributed to dreams. One famous example is the benzene ring in chemistry, which emerged out of Fredrich Kekulé’s dream of a ring of snakes, each biting another’s tail. A second example of discovery through dreams was Carl Jung’s notion of the collective unconscious, emerging from his nighttime reverie of descending to the subterranean floor of a house filled with the bones of ancient ancestors (see Jung, 1961/1989).

The purpose of this chapter is to use a fractal lens to approach the subject of dreams. If a fractal epistemology is to be useful for transpersonal psychology, and consciousness studies more broadly, it should effectively model and integrate multiple levels of observation. In the pages ahead, I present an ongoing psychotherapy case to highlight a patient’s dream sequence. My purpose is to attend to two key fractal features: 1) Self-similarity as a connecting principle, whereby the pattern of the whole is reflected in the parts at multiple scales of observation; and 2) Paradoxical boundaries between self and other, as well as self and world, that are simultaneously open and closed, as well as observer dependent.

First, I briefly describe the clinical case of Sabina, including a progresssion of self-similar dreams over the course of psychotherapy. I examine how even the tiniest dream snippets can reflect the whole of her developmental history and the evolution of our transference dynamics. I explore the open quality of intersubjective borders existing between patient and therapist. On the one hand, the therapist enters the inner life of the patient by way of traditional transference as revealed through the patient’s dreams. On the other hand, the patient in this particular case entered the inner life of the therapist in less traditional, more transpersonal ways.

I next present research suggesting that fractal physiology plays a key role in linking physiological micro-levels with psychological macro-levels during REM stages of sleep. I also offer research on physiological and brain synchrony suggestive of open borders between self and other. A nonlinear perspective on coupled dynamics equates intrapersonal communication between one part of the brain and another with interpersonal communication between two brains, especially during intimate moments. The chapter ends by addressing the topic of synchronicity, or meaningful coincidence, whereby trajectories of fate imply open borders between self and world that include self-similar patterning and “acausal” connection.

Become a subscriber and read the rest of the article. Click below.