Researchers report oligodendrocytes may be critical to the remyelination process.

-AMAZONPOLLY-ONLYWORDS-END-
Nerve cells stripped of their insulation can no longer carry vital information, leading to the numbness, weakness and vision problems often associated with multiple sclerosis. A new study shows an overlooked source may be able to replace that lost insulation and provide a new way to treat diseases like MS.

“The discovery of the mature myelin-producing cells’ capacity for repair opens new opportunities to slow or reverse the disease.
.”

-AMAZONPOLLY-ONLYWORDS-END-
“When you lose myelin, axons don’t conduct at their normal speed or don’t conduct at all,” says Ian Duncan, a neuroscientist at the University of Wisconsin–Madison’s School of Veterinary Medicine. “And if enough of them are affected — such as in a big area of demyelination in MS — you develop clinical symptoms related to that part of the nervous system.”

Myelin is made by oligodendrocytes, cells that can reach out to several nearby axons to wrap parts of them in the protective myelin sheath.

Consensus has held that once an axon is robbed of its myelin, the only way to bring it back is by starting with fresh oligodendrocytes. Only oligodendrocytes arising from precursors called oligodendrocyte progenitor cells can apply a new coat of myelin to axons, goes the dogma. Thus, MS treatments aimed at remyelination have focused on recruiting progenitor cells in demyelinated areas (called plaques), and spurring them to develop. 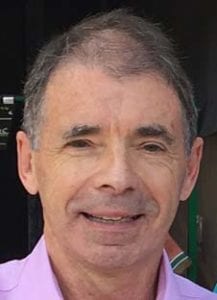 However, researchers led by Duncan have shown in a study published in the Proceedings of the National Academy of Sciences that starting from progenitor cells is not the only route to remyelination. In cats and rhesus macaques experiencing a severe loss of myelin, Duncan found fully developed oligodendrocytes already in place were reaching out and beginning to coat affected axons with myelin once again.

The catch, if there is one, is that to be helpful and remyelinate damaged axons, the adult oligodendrocytes may still need to have connections to surviving myelin segments — called “internodes” — on other axons.

“If this cell is still biologically active and maintaining these internodes, it can re-extend processes out to these demyelinated segments,” says Duncan, whose work is supported by the National Multiple Sclerosis Society. “Those processes can make new myelin sheaths, which end up being thinner and shorter than the previous internodes.”

But even thinner myelin will restore nerve function, as Duncan and colleagues reported in 2009.

Cats fed irradiated food for several months develop severe myelin loss throughout the nervous system. When the cats returned to a regular diet, nerve function was restored because of extensive myelin repair.

The cats’ demyelination problems are unusual as a lab model of the disease.

“The most likely explanation of that mosaic appearance is surviving oligos,” Duncan says. “Thick myelin sheaths are never seen following remyelination, just thin sheaths. And surviving adult oligodendrocytes are adjacent to these sites of demyelination, making them likely candidates for myelin repair.”

Sure enough, the researchers found oligodendrocytes connected to both thick and thin myelin sheaths in the cat spinal cord.

They also found this association when they reached back to a decades-old monkey model of demyelination. Neuropathologist Dimitri Agamanolis tried to make a model of another human demyelinating disease — called sub-acute combined degeneration and caused by Vitamin B12 deficiency — at Case Western Reserve University in the 1970s. Agamanolis had saved preserved blocks of sampled nervous tissue from the monkeys, and he shared them with Duncan. The monkeys’ myelin lesions resembled those in the cats.

“You see in the monkeys, too, single oligodendrocytes connected to mature myelin sheaths that also have processes extended out to and surrounding demyelinated axons,” Duncan says. 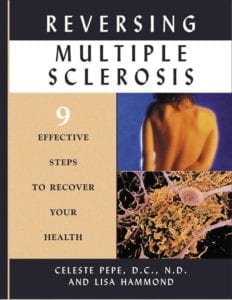 The UW–Madison researchers enlisted Grahame Kidd and the private research lab Renovo Neural in Cleveland to reconstruct stacks of electron microscope images of cat nerve cells into 3D representations that show oligodendrocytes reaching up and down the spinal cord, sustaining mature myelin and remyelinating damaged sheaths.

The process may not be playing out in human MS patients fast enough to help mitigate the progression of the disease, Duncan says. Or too many oligodendrocytes may lose so many of their internodal connections that they become inactive or die.

But the discovery of the mature myelin-producing cells’ capacity for repair opens new opportunities to slow or reverse the disease.

“Right now, the emphasis is on promoting the numbers of oligo progenitors and their differentiation, particularly into adult oligodendrocytes,” says Duncan. “What this work provides is a different target.”

That target will call for new therapeutic approaches — finding drugs, for example, that rally the oligodendrocytes to reach out with new lifelines to damaged myelin sheaths.

“In fighting complex diseases, such as MS, the more tools you have on hand, the better,” Duncan says. “If these adult cells are recruitable in some fashion, we should be looking at ways to do it.”