We are constantly hearing that ‘how we eat’ affects our health. There are several ways in which ‘how we eat’ can be quantified, but today we would like to focus on one: Dietary Patterns.

First we want to say what research on Dietary Patterns is not. It is not the study of nutrient intake (that type of research is done with food records/diaries that are analyzed by computers to specify amounts of various nutrients). It is also not the study of nutrient status, which usually involves serum assays of individual nutrients. Dietary Pattern research usually employs something like a survey or a Food Frequency Questionnaire (FFQ) to elicit descriptions of ‘typical’ eating styles.

An FFQ can ask people to describe their eating patterns for the previous month, six months, or year. (Of course, the further back one goes, the worse people’s memories are for how they used to eat.)  Usually FFQs are just a few pages, focusing on major food groups and processed vs whole foods. But sometimes FFQs are incredibly detailed. In one of Bonnie’s current studies evaluating the intrauterine nutrient environment during pregnancy, women are asked at study entry to complete an FFQ for their style of eating for the 12 months prior to conception. This 65 page questionnaire was adapted from one used by the National Cancer Institute and asks for many characteristics of foods.

For instance, perhaps you answer that you drink approximately two cups of coffee per day on average; we want to know more than that! What do you typically put into your coffee. Cream? Artificial powdered creamer? Milk? If milk, then is it whole milk or 2% or skim? And so on. Computers analyze these ingredients for both macronutrients (amounts of fat, protein, etc) and micronutrients (vitamins and minerals). Humans tend to be creatures of habit when it comes to diet, so most of the time people can describe their typical intake for a year.

The field of study that looks at how large groups of people eat is sometimes referred to as Nutritional Epidemiology. Epidemiology in general is, of course, the study of patterns of disease, looking for exposures that might explain outcomes, and it consists of a variety of methodologies, most often case-control and cohort studies. Nutritional Epidemiology is more narrowly focused on the relationship between nutrition and disease, and its observations often yield clues for future clinical trials. 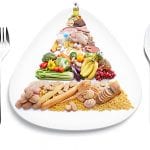 Historically, some of the earliest (although “primitive” compared with today’s standards) examples of Nutritional Epi come from some of the topics we have already covered in previous posts. For instance, in one post we described Goldberg’s determination that pellagra (which often included psychosis) was due to a vitamin deficiency (niacin). Many readers would know that in the 18th century Lind figured out that scurvy was associated with vitamin C deficiency. Another example: in the late 19th century, Takaki in Japan figured out that people were suffering from beriberi because when they ate polished (white) rice and insufficient vegetables, they were missing an important vitamin (thiamin).

Epidemiologic methods are especially valuable in determining risk factors when it is not possible to do experimental studies. Many people haven’t realized that no one has ever actually done an RCT in humans on the effect of smoking on the development of cancer — it simply wouldn’t be ethical to require that people be randomized to a smoking group. But the epidemiological methods have shown so clearly and with so much replication that smoking is a risk factor for many kinds of cancer (and of course there are data from lab animals), that we accept that smoking is a causal factor.

The following are some large American cohort studies, all of which have traditionally been focused on physical more than mental health:

The Framingham (Mass.) Study was the very first, beginning in 1948, and following >5000 people for years.

NHANES (National Health and Nutrition Examination Survey) began with ~5000 people in 1959; since 1999 it has become even more active with ongoing, regular surveys.

There have been numerous reports in the media over the years stemming from one or more of these epidemiological surveys, with results relating nutrition to health variables. However, we need to be wary of media reports that assume or imply causality: just because a study shows (for instance) that people with lower vitamin D levels take longer to fall asleep than those with higher vitamin D levels (Int J Cardiol. 2013 Jul 27), we cannot conclude that people with sleep onset insomnia can experience benefit from increasing their vitamin D intake. Maybe (just our hypothesis of course) those people with low vitamin D and longer sleep onset are the ones who are not getting outside for exercise and sports.

Another example that crops up a lot in our field of work is the assertion that vitamins are killing us. These media reports stem from large epidemiological studies showing that people who take vitamin E, for example, have an increased risk for mortality relative to people who don’t take vitamin E. These same people might also visit their doctors more often as well, but we certainly wouldn’t say that the doctors caused early mortality. As readers can see, the old warning that ‘correlation does not equal causation’ is very important to bear in mind when reading epidemiologic studies.

On the other hand, though epidemiologic studies cannot prove causality on their own, they do often provide important clues of what topics to investigate further. Longitudinal cohorts and treatment studies are then needed to tease out issues of causality. For instance, one of the first Nutritional Epi studies to relate dietary patterns to mental health involved the omega-3 fatty acids, and contributed to a large amount of treatment research: in 2001 it was shown in >3000 Finnish adults that the probability of having high scores on a depression measure was greater in Finns who did not eat much fish, compared to those with greater fish consumption (Tanskanen et al.).

An interesting type of Nutritional Epi study that is very focused on mental health has been a series of investigations from all over the world (Australia, UK, Canada, Spain, China, etc) that categorize dietary patterns along some continuum. The terminology varies: healthy vs. unhealthy diets, processed vs. whole foods diets, Mediterranean vs. Western diets, prudent vs. less prudent diets. When we look at all these studies, it seems that the common denominator is packaged/processed/prepared/nutrient-poor food vs. whole/natural foods.

What have they found? In most of these studies, ranging from children to adolescents to adults, those eating more natural whole foods have lower scores on depression and anxiety scales. A recent study showed that mothers who ate more “junk” food during pregnancy were more likely to have children with behavioural problems five years later. Some of these studies are cross sectional (that is, the information on diet and mental health was collected at one time point) and other studies are longitudinal (the diet information was collected at one point and the mental health outcomes were collected at some other point after the diet information was collected).

There are now numerous examples of such studies; here are just a few: McMartin et al., Weng et al., Akbaraly et al. Jacka et al. Remarkably, the vast majority of studies showing these associations between diet and mental health have emerged in only the last decade, at best. So any professional who graduated over 10 years ago could potentially be completely unfamiliar with this body of research, which may partly explain why public policies are slow to change. We are encouraged by the number of professionals starting to pay attention to diet, but we have a long way to go.